Sheriff's deputies who were shot in ambush expected to survive, officials say

Two deputies shot in an ambush-style attack in Los Angeles this weekend are expected to recover. Authorities are offering a $100,000 reward for information that could lead to an arrest. 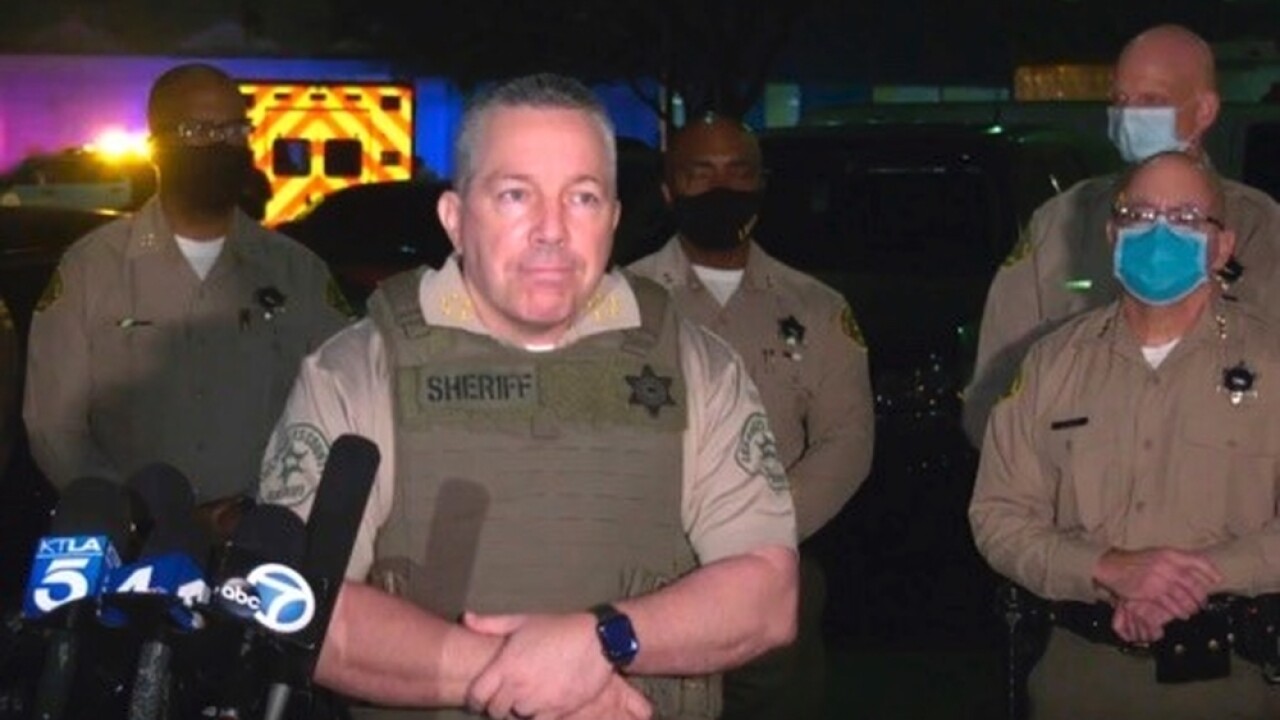 The two Los Angeles County Sheriff's Deputies who were shot in an ambush-style attack on Saturday are out of surgery and expected to survive their injuries, according to reports from ABC News, CNN and The Washington Post.

Alex Villanueva, the LA County Sheriff, told CNN Sunday night that it looked like the two injured officers would be able to recover from their injuries, but the long-term impacts on their health are currenlty unknown.

"We'll see what the long-term impact is. We don't know that yet, but they survived the worst," Villanueva reportedly said during a community dialogue event, according to CNN.

A suspect ambushed the two officers as they sat in a police car near a Compton metro station on Saturday night. Surveillance video posted by the department on Twitter shows a man walk up to the passenger side of the patrol car, raise a gun to the window and open fire. The deputies were able to radio for help as the suspect ran away.

The two injured deputies, a 31-year-old woman and a mother and a 24-year-old man, were relative newcomers in the department, having been on the job for 14 months.

According to ABC News, officials are offering a $100,000 reward for information that could lead to the suspect's arrest.

Politicians widely condemned the shooting. On Sunday morning, President Donald Trump called for a "fast trial death penalty for the killer" if the deputies were to succumb to their injuries.

"Only way to stop this!" Trump added.

If they die, fast trial death penalty for the killer. Only way to stop this! https://t.co/K3sKh28GjX

"Acts of lawlessness and violence directed against police officers are unacceptable, outrageous, and entirely counterproductive to the pursuit of greater peace and justice in America — as are the actions of those who cheer such attacks on," Biden said in a statement Sunday afternoon, according to The Washington Post. "Those who perpetrate these crimes must be brought to justice, and, if convicted, face the full brunt of the law."

Ben Crump, an attorney representing the families of several Black men and women who have been killed by police, urged people to come forward with information about the suspect, adding that "violence is NOT the answer." He also reiterated that the Sheriff's Department needed to be held accountable for "systemic brutality."

We WILL hold @LASDHQ accountable for systemic brutality. But violence — including the shooting of two deputies in LA — is NOT the answer. I urge anyone with info about this incident should come forward. https://t.co/1bq4YXLaH1