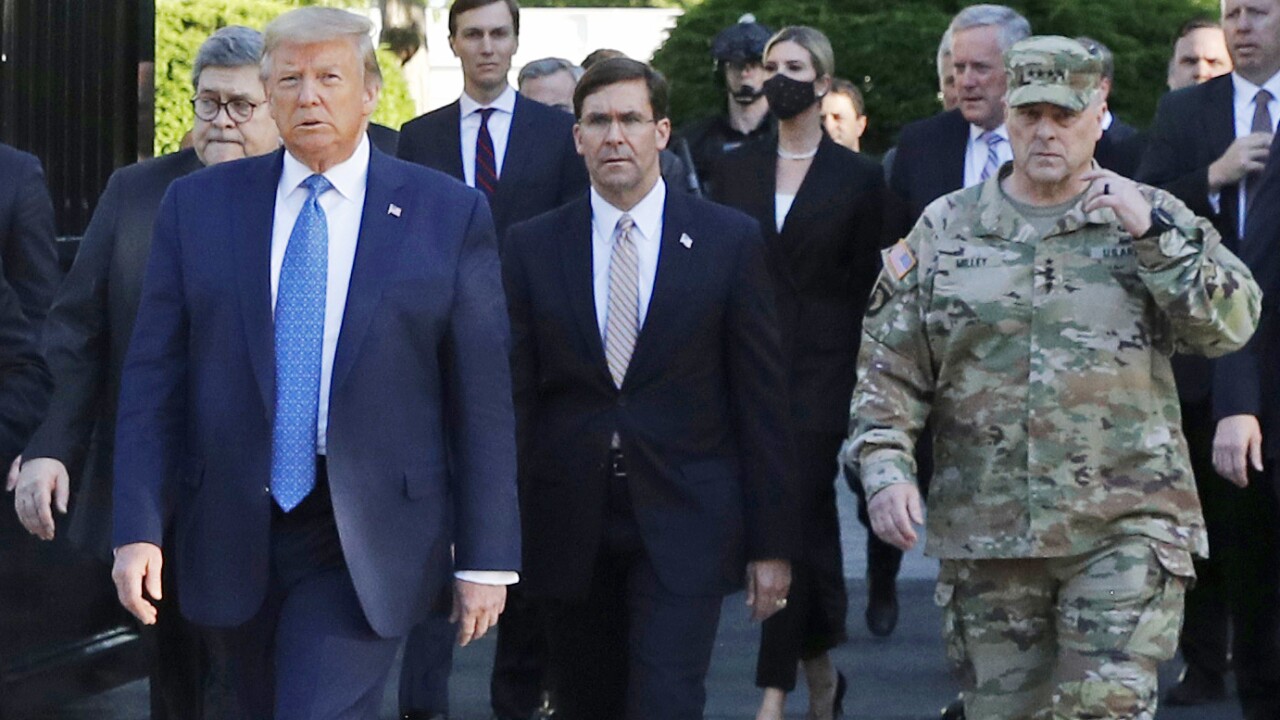 Copyright 2020 The Associated Press. All rights reserved.
Patrick Semansky/AP
FILE - In this June 1, 2020 file photo, President Donald Trump departs the White House to visit outside St. John's Church, in Washington. Walking behind Trump from left are, Attorney General William Barr, Secretary of Defense Mark Esper and Gen. Mark Milley, chairman of the Joint Chiefs of Staff. Milley crafted a low public profile in his first eight months on the job, but that changed after “the walk.” Milley walked with President Donald Trump and a presidential entourage across Lafayette Square on June 1 to be positioned near a church where Trump held up a Bible for photographers.(AP Photo/Patrick Semansky, File)

WASHINGTON (AP) — A military whistleblower says federal officials sought some unusual crowd control devices — including one that’s been called a “heat ray” — to deal with protesters outside the White House on the June day that law enforcement forcibly cleared Lafayette Square.

DeMarco said he responded that the Guard was not in possession of either device.