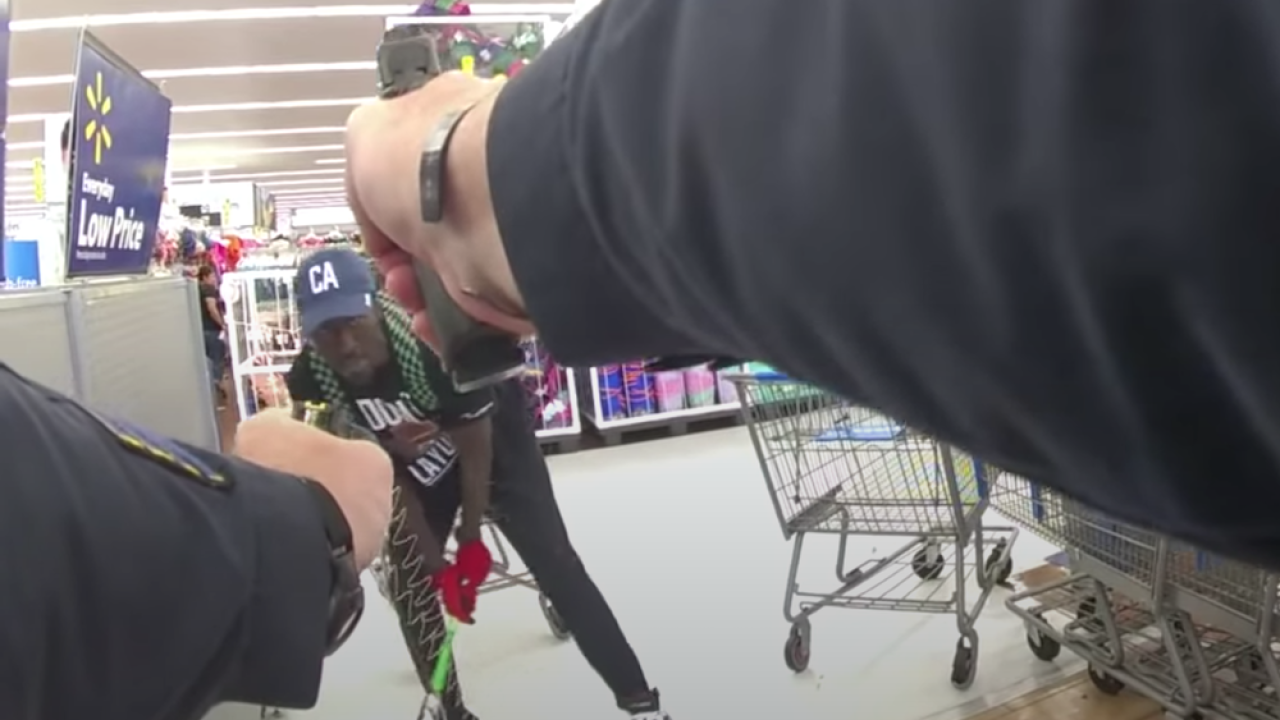 A California police officer was charged Wednesday in connection with a fatal shooting at an Oakland-area Walmart store in April.

San Leandro Police Officer Jason Fletcher was charged with voluntary manslaughter in connection with an incident where he fatally shot 33-year-old Steven Taylor on April 18.

According to the Alameda County District Attorney's office, a security guard at the store called police when Taylor tried to leave San Leandro Walmart with a baseball bat and a tent without paying.

Fletcher responded to the call and approached Taylor as he entered the store. The officer tried to grab the baseball bat from Taylor, and when he couldn't get control of the bat he drew his stun gun.

After firing the stun gun, Taylor stumbled forward with the bat sitll in his hand. According to body camera footage, Fletcher repeatedly asked Taylor to drop the bat. Fletcher then fired his gun once, a shot that proved to be fatal.

In its charging statement, the District Attorney's office, claimed that Taylor "posed no threat of imminent deadly force or serious bodily injury" to the officers or anyone else in the store because he had "clearly experienced the shock of the taser as he was leaning forward over his feet and stumbling forward."

Fletcher's lawyer, Michael Rains, told the San Francisco Chronicle that he was "very disappointed" that the officer had been charged and that the charges were "undeserved."

The decision to file the criminal complaint was made after an intensive investigation and thorough analysis of the evidence and the current law," Alameda County District Attorney Nancy O'Malley said.

Lee Merritt, an attorney for Taylor's family, told NBC News that Taylor was experiencing a mental health crisis at the time of the shooting.

Fletcher will be arraigned on Sept. 15 at a county courthouse in Dublin, California.