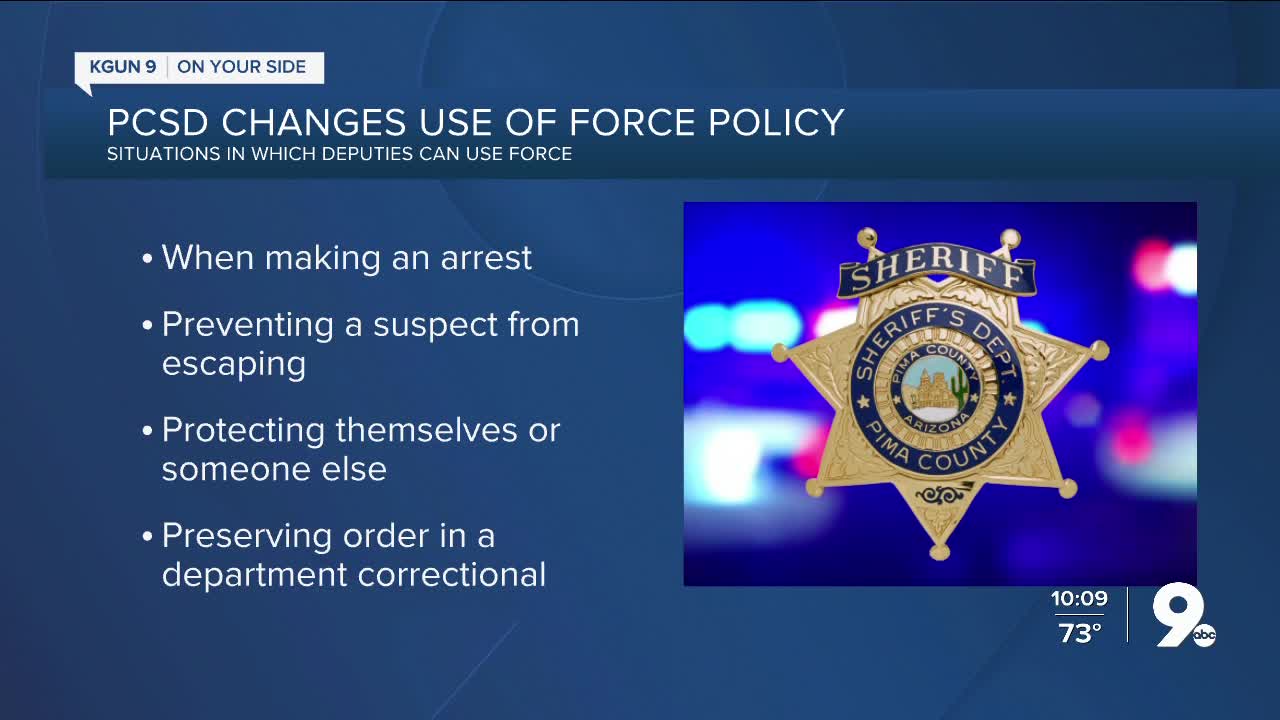 According to a news release from the department Friday afternoon, the new policy "defines in detail when force is justified, available use of force options, and deadly force issues." 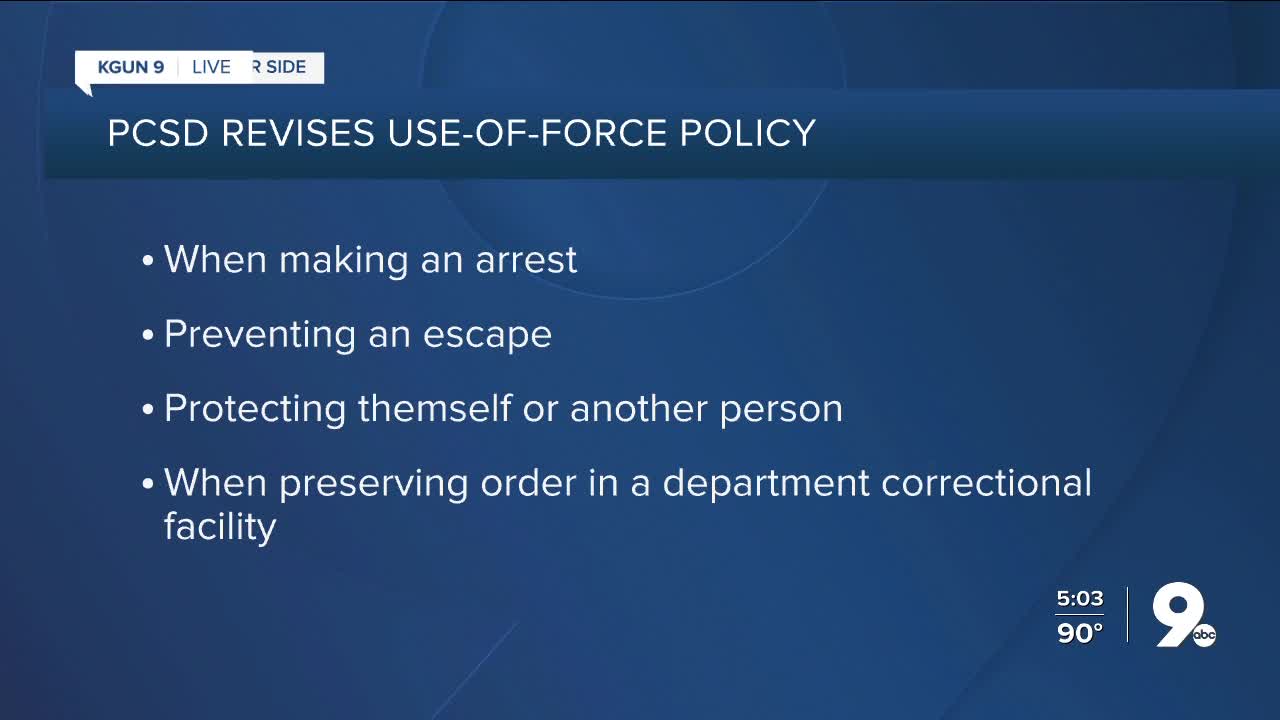 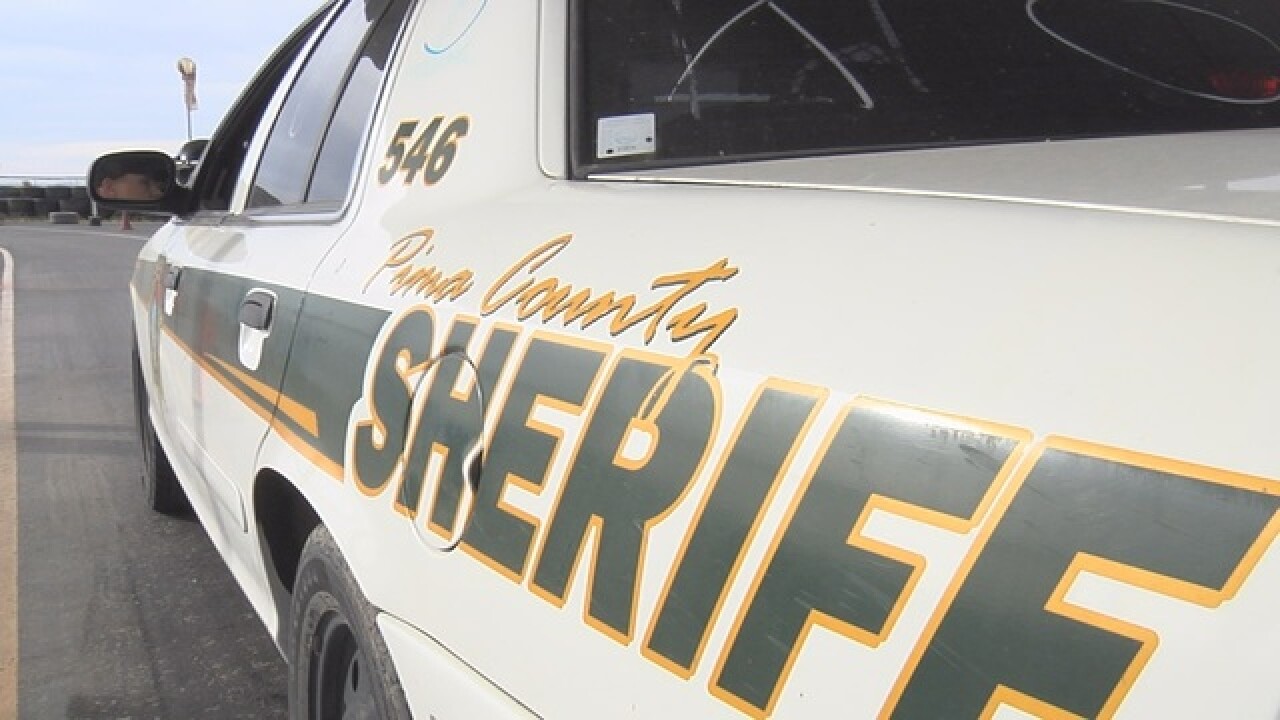 TUCSON, Ariz. — The Pima County Sheriff's Department has revised its policy on when officers are allowed to use force.

According to a news release from the department Friday afternoon, the new policy "defines in detail when force is justified, available use of force options, and deadly force issues."

The move comes amid increasing scrutiny on law enforcement officers and departments following the killing of George Floyd in May, which set off weeks of Black Lives Matter and police reform efforts across the country. Sheriff Mark Napier cited Floyd's death as an event that spurred the department to make the change in a video news release from the department Friday.

The department provided a full copy of the new policy, with changed or added sections highlighted.

Most notably, the new policy outlines only four situations in which deputies are allowed to use force: when making an arrest, preventing an escape, protecting him/herself or another person, and when preserving order in a department correctional facility.

The department also added two new guidelines as to when deadly force is justified: First, prohibiting deadly force on those who pose a danger only to themselves at the time of the incident. Second, the policy prohibits deputies from shooting at moving vehicles "unless there are no other means to avert the threat of the vehicle, or if deadly force other than the vehicle is directed at the member or others."

PCSD has also added a "preclusion" section of its use-of-force policy, which officially requires deputies to attempt, consider and rule out lesser means of force before utilizing a higher level.