Jared Kushner says that Black people must 'want to be successful' 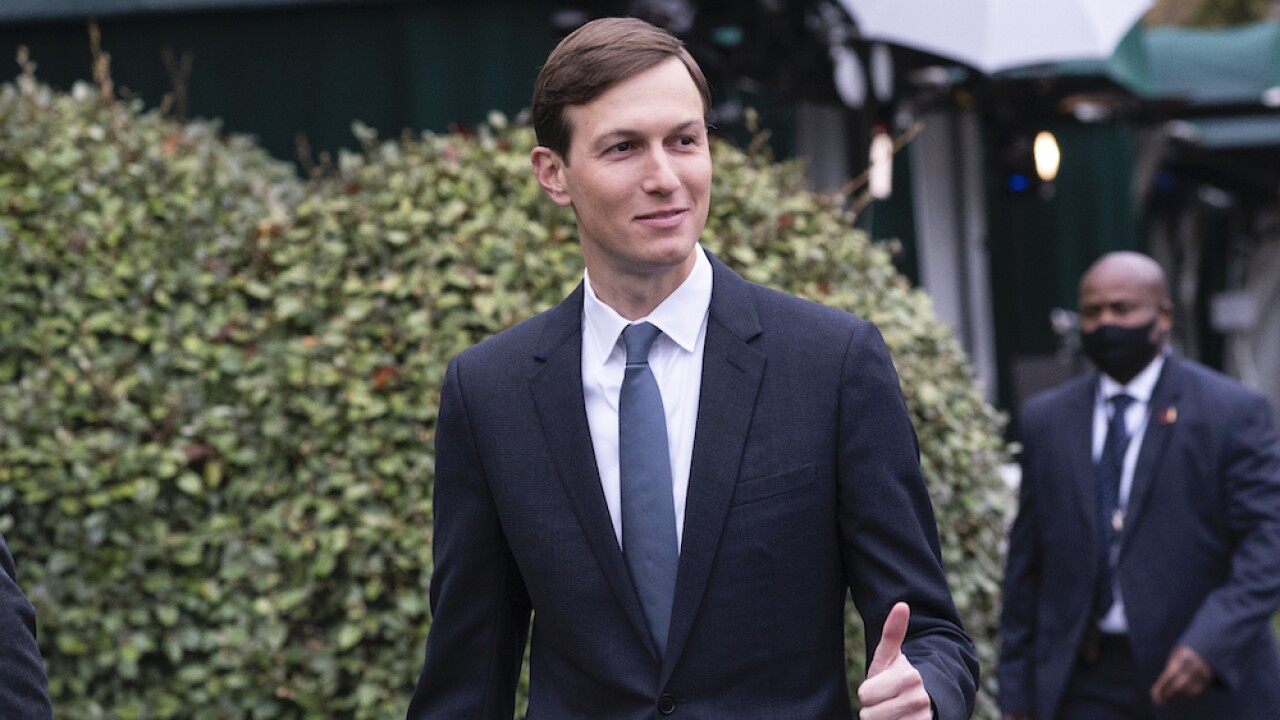 Copyright 2020 The Associated Press. All rights reserved.
Alex Brandon/AP
White House senior adviser Jared Kushner gives thumbs up as he walks back to the West Wing after a television interview at the White House, Monday, Oct. 26, 2020, in Washington. (AP Photo/Alex Brandon)

WASHINGTON — Presidential adviser Jared Kushner says President Donald Trump wants to help Black Americans, but they have to “want to be successful” for his policies to work.

Kushner added that Trump administration policies will help Black people overcome problems that the community has been "complaining about."

"President Trump’s policies are the policies that can help people break out of the problems that they’re complaining about, but he can’t want them to be successful more than they want to be successful," Kushner said.