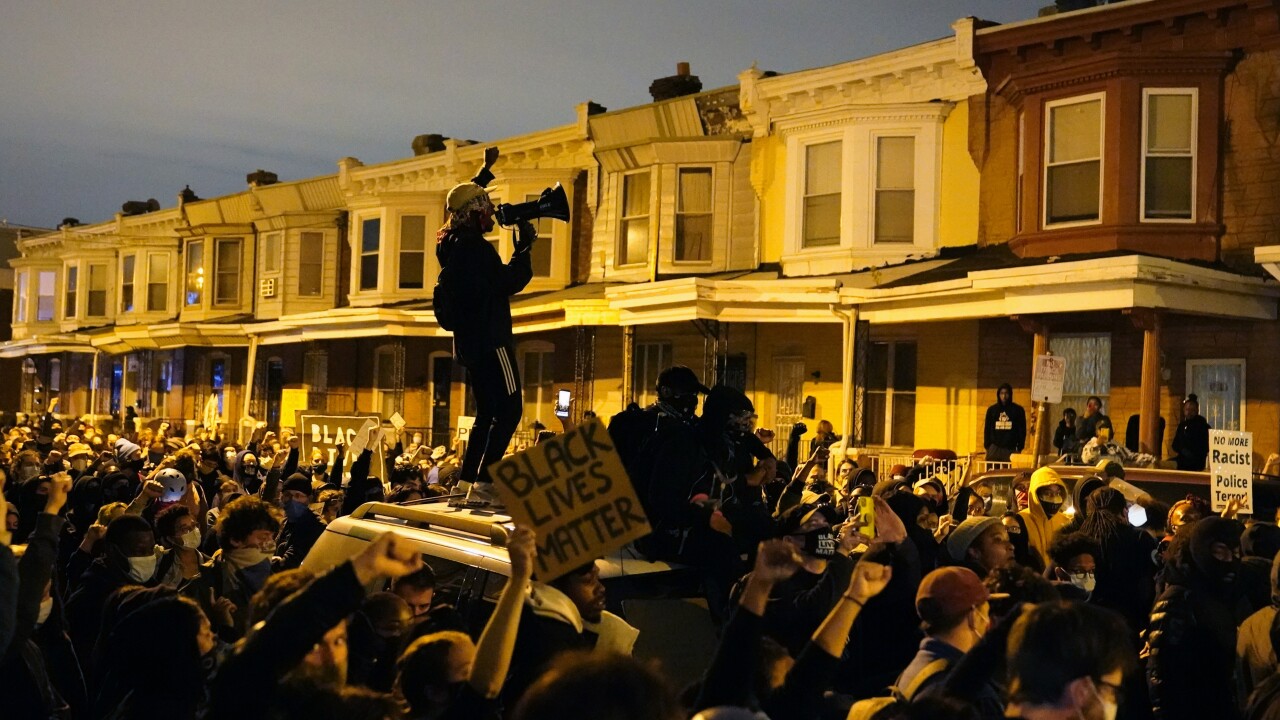 PHILADELPHIA (AP) — A night of peaceful protests in Philadelphia gave way to more unrest and some demonstrators clashed with police after a Black man was killed by officers in a shooting caught on video.

Police say Walter Wallace Jr. was wielding a knife and ignored orders to drop the weapon before officers fired shots at him Monday afternoon.

The lawyer for the Wallace family says they had called for an ambulance to get their son help with a mental health crisis, not for police intervention.

“I find it extremely, extremely emotionally taxing to think about calling for assistance and wind up with the people who you called killing you. I can’t even conceive the concept,” said the family’s attorney, Shaka Johnson.

Tuesday night, about 500 people upset by the 27-year-old’s death marched to a police station, where they were met by officers with riot shields. Police say some of the demonstrators threw debris at officers, and two were injured.

There were sporadic reports of arrests in other areas and video showed people streaming into stores and stealing goods as they left on the opposite side of the city from where Wallace was shot.

Following the night of unrest, a White House statement asserted that it was another consequence of what the administration called “Liberal Democrats’ war against the police.”

The shooting victim’s father, Walter Wallace Sr., told CNN on Tuesday that he wants any looting or violence in his son's name to stop in the city.

“It’s not going to solve anything,” he told Chris Cuomo. “It’s just going to make things worse and my son wouldn’t want that. I want it done by the legal way.”