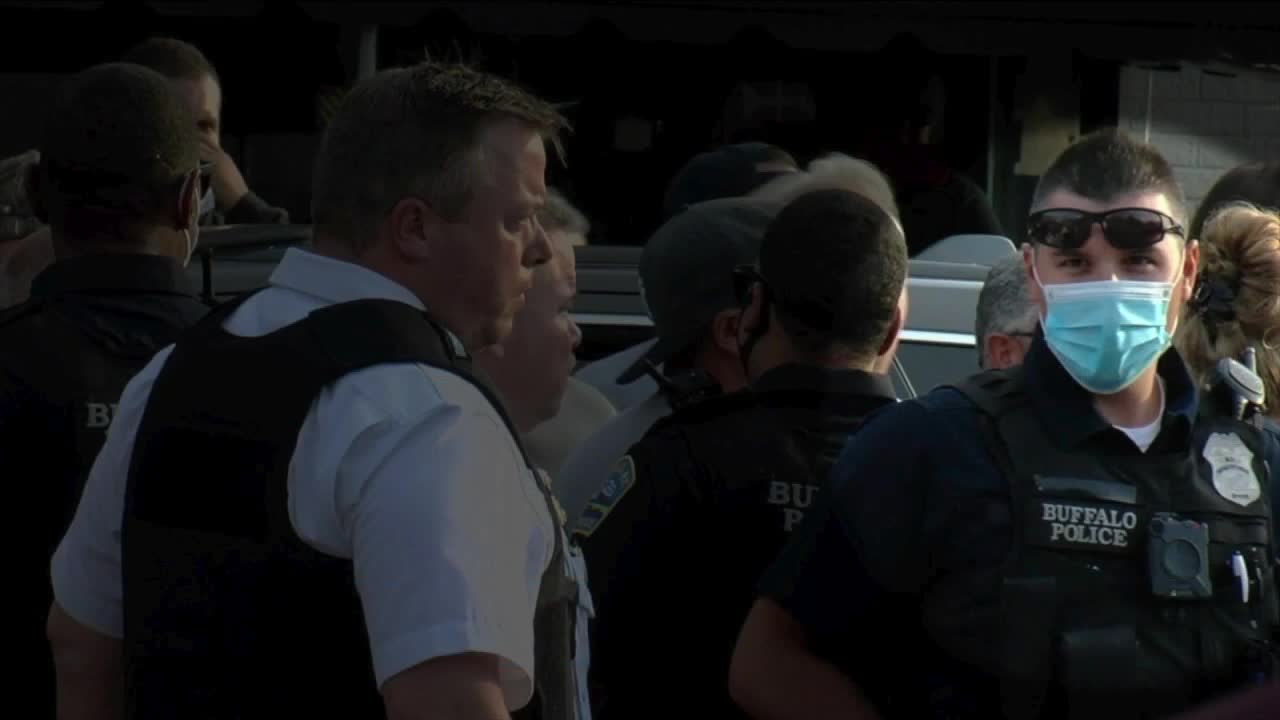 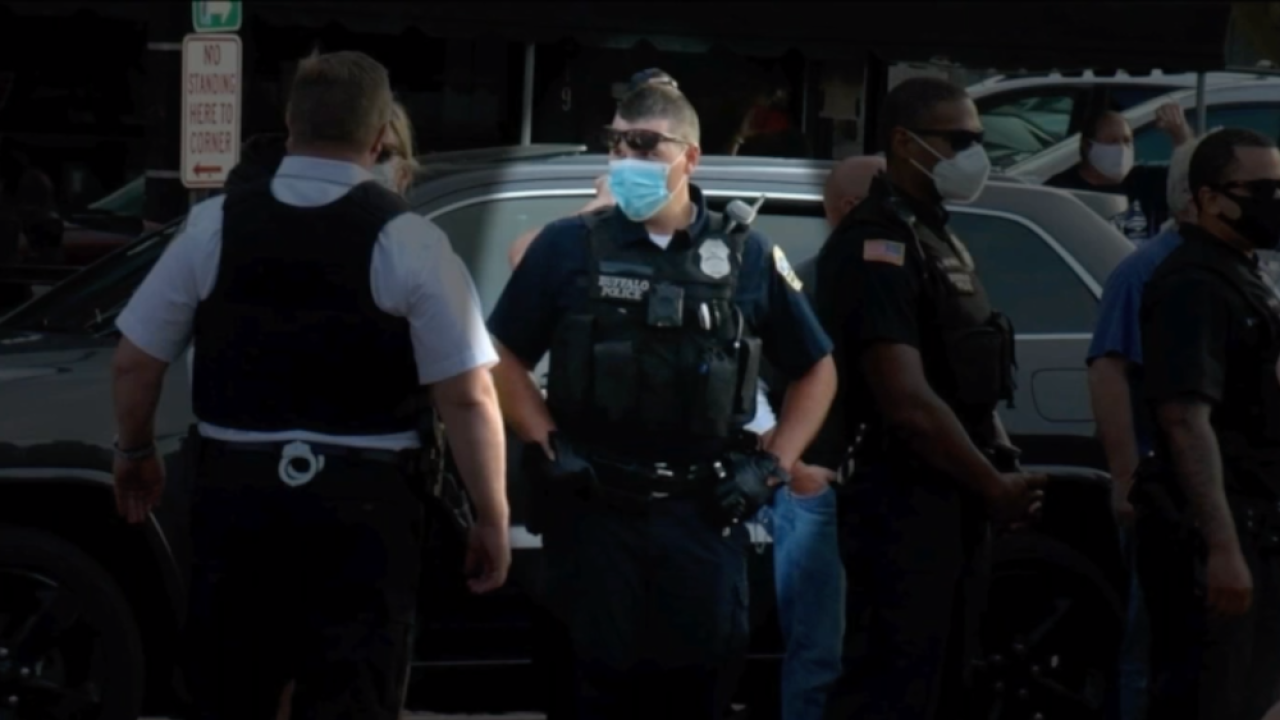 BUFFALO, N.Y. — Several Buffalo police officers have come under fire for putting tape over their name tags while patrolling a protest in the city on Tuesday.

The Buffalo Police Department Manual requires officers to wear name tags on their "outer most garmet."

"Police also need to act responsibly by displaying their names and badge numbers as they're required to do," Brown said.

However, both Brown and officials from the Buffalo Police Department added officers might have felt the need to hide their identity because several officers have been doxxed or had private personal information about them shared publicly on the internet. Doxxing has led to threats toward the officers and their families, officials said.

The department says that it has addressed some threats toward officers and their families. Gramaglia later added that police need to abide by the manual rules and wear their nametags despite the threats.

An official with the Buffalo Police Union said that the officers' decision to cover their name tags was reasonable.

"I don't blame them at all," the representative said. "We recently (last week) had death threats made to an officer, and the threatening individuals had information on the officers home address, wife and child. He had to move them for their protection."

"We understand that we as police officers are targets, our families didn't sign up to have harm brought to them because they have a husband/father that is a police officer."

"This just shows the type of corruption we have right here in WNY," said Darien Chandler, the founder of WNY Liberation Collective.

All officers appeared to have their names displayed during Wednesday's protests.

Gramaglia says the department is looking at which officers hid their name tags. Discipline could be handed down.

This story was originally published by Hannah Buehler on WKBW in Buffalo.