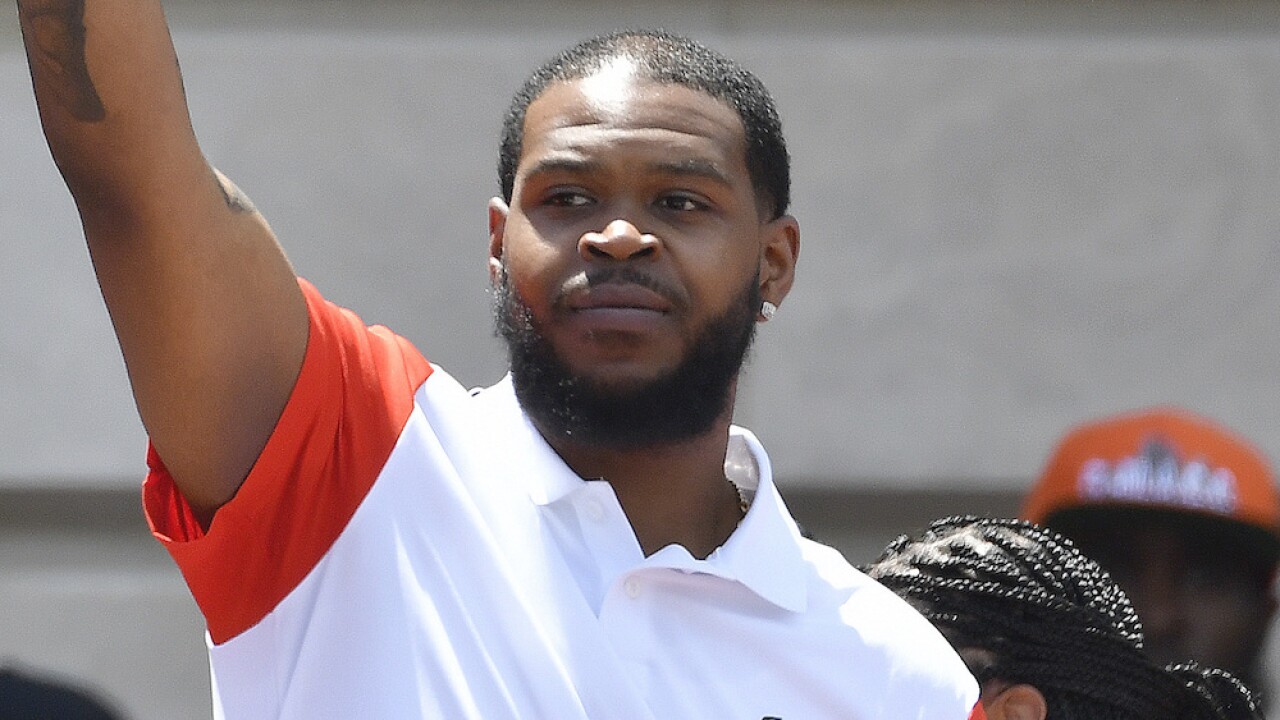 Copyright 2020 The Associated Press. All rights reserved.
Timothy D. Easley/AP
Attornet Benjamin Crump, left, holds up the hand of Kenneth Walker during a rally on the steps of the Kentucky State Capitol in Frankfort, Ky., Thursday, June 25, 2020. Walker was the boyfriend of Breonna Taylor who was killed by officers of the Louisville Metro Police Department following the execution of a no knock warrant on her apartment on March 13, 2020. (AP Photo/Timothy D. Easley)

Breonna Taylor's boyfriend has filed a lawsuit against the Louisville Metro Police Department, the Commonwealth of Kentucky and the Louisville/Jefferson County metro government, adding that he's lived in "constant fear" since he was arrested following her death.

Kenneth Walker alleges that the raid that left Taylor dead in the hallway of her apartment was the result of police misconduct. He's seeking $10.5 million for "false arrest, malicious prosecution, assault" and other charges.

"My life changed forever in the early morning of March 13," Walker said.

The incident began when police attempted to serve a "no-knock warrant" on the apartment — a search warrant issued by a judge that allows police to enter a residence with little or no warning.

Plainclothes police used a battering ram to break into the apartment, causing Walker to fire what he would later call a "warning shot." That shot prompted a return volley of gunfire from police, hitting Taylor five times.

"I was laying in bed with Breonna around midnight, watching a movie. All of a sudden someone started beating on the door," Walker said. "They refused to answer when we yelled, who is it? 15 minutes later, Breonna was dead from a hail of police gunfire, and I was in police custody."

Sgt. Jon Mattingly was also hit during the shootout, and his femoral artery was nearly severed. Walker was charged with the attempted murder of a police officer, but the charge was dropped in May.

Walker's attorney says they believe it's more likely that another officer's bullet hit the injured policeman, not Walker's "warning shot."

During a press conference Tuesday, Walker said the he believed police charged him with murder in an attempt to cover up Taylor's death.

"The police know what they did," Walker said. "The charges brought against me were meant to silence me and cover-up Breonna's murder. For her and those that I love, I can no longer remain silent."