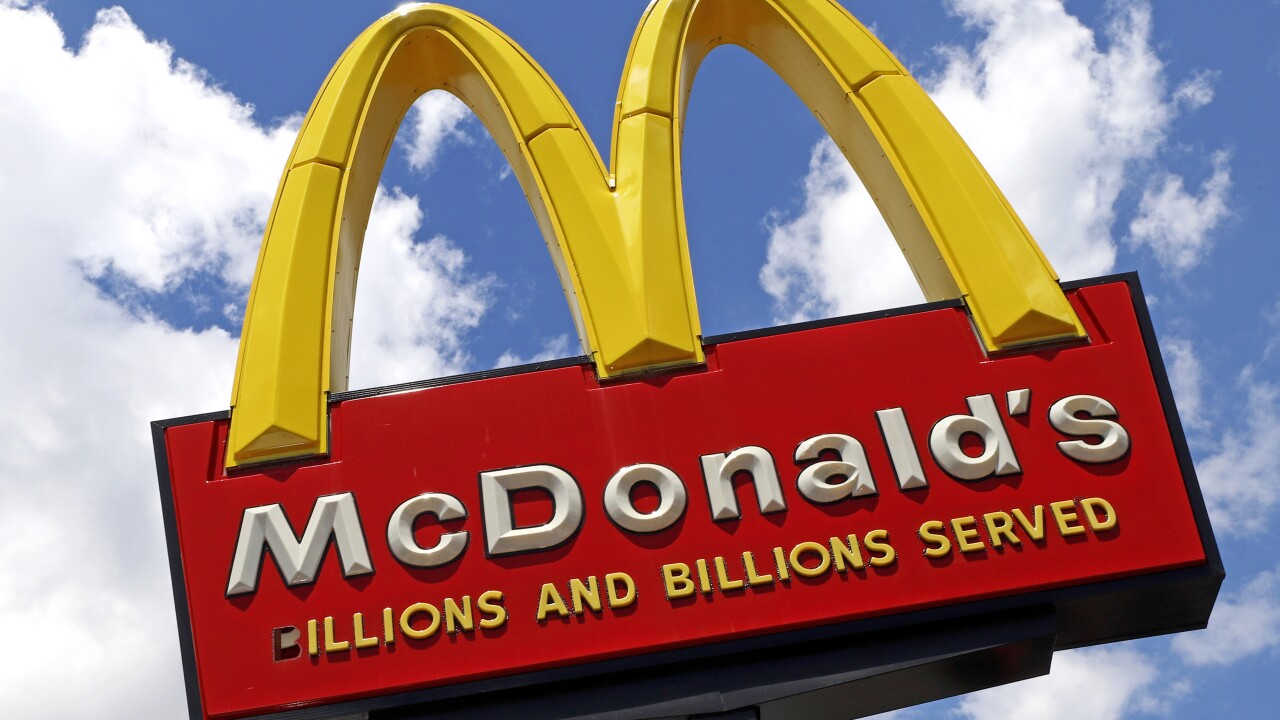 Copyright 2019 The Associated Press. All rights reserved.
Gene J. Puskar/AP
FILE - This June 25, 2019 file photo shows a McDonald's sign outside the restaurant in Pittsburgh. More than 50 Black former McDonald’s franchise owners are suing the burger chain for discrimination. In a federal lawsuit filed Tuesday, Sept. 1 in Chicago, the 52 plaintiffs say McDonald's steered them to less-profitable restaurants and didn’t give them the same support and opportunities given white franchisees. AP Photo/Gene J. Puskar, File)

In a federal lawsuit filed this week in Chicago, the 52 plaintiffs say McDonald's steered them to less-profitable restaurants and didn’t give them the same support and opportunities given white franchisees.

The franchisees owned 200 U.S. stores before being forced to sell them over the last decade. They're seeking compensation of $4 million to $5 million per store.

The plaintiffs say McDonald's steered them to inner-city restaurants with higher security and insurance costs, then forced them to make costly renovations. The company would provide them with misleading financial information or push them to decide quickly when a store became available, the lawsuit says.

The number of Black McDonald’s franchisees has fallen by half over the last two decades, according to James Ferraro, the Miami-based attorney representing the plaintiffs.

McDonald’s Corp. denied the allegations and defended its history with Black franchisees.

“These allegations fly in the face of everything we stand for as an organization and as a partner to communities and small business owners around the world,” the company said.