After 96 years, El Charro Cafe is much more than a restaurant, it is part of the fabric of Tucson.

After 96 years, El Charro Cafe is much more than a restaurant, it is part of the fabric of Tucson.

"It has a thread in it," Carlotta Flores explains. "Or is it El Charro the restaurant and families that form here?"

Flores is the owners and Executive Chef at El Charro Cafe. She knows the importance of the family relationships built at the popular Mexican restaurant, including her own family.

Her aunt started the business in 1922. 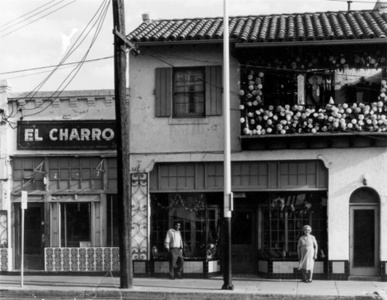 le ownership that Carlotta continues to this day.

"She had this cooking skill and borrowed some money from her sister," Flores says. "She opened her first (restaurant) on 4th Avenue, then to her building on Broadway."

Monica Fin was also an amazing cook according to Carlotta.

Urban renewal came in the 1960's, and Tia Monica was forced to relocate to her family home on North Court Avenue.

In the early '70's, Carlotta and her husband Raymond moved back to Tucson from California to take over the restaurant.

"We'd already done what people do, they go away for awhile, and then they come back home," Flores explains. "So we came back home, and we've been here ever since."

Carlotta still has the same passion and drive that she did when she took over El Charro in the '70's. She has grown El Charro into an empire, with multiple locations throughout Tucson.

Carlotta still proudly tells the story of being present when Tia Monica famously, and accidentally, created the Chimichanga. 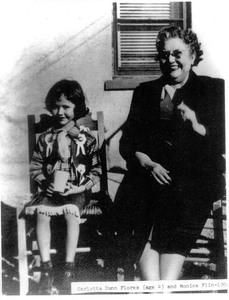 </p><p>"We were in the kitchen, and she was making a snack for all the kids, Flores says. "The fryers were still hot. One of the kids pulled her nightgown or robe, and she dropped the burro into the vat of oil. She went to say a curse word and quickly changed it the way grownups do. She went and said Chimichanga. And called it that."

El Charro has claimed the deep-fried deliciousness ever since.

The tradition of hanging the Carne Seca on the roof to dry also continues to this day. Something visitors to the nation's oldest Mexican restaurant owned by the same family can see every day and night from the patio area.

At age 72, Carlotta Flores does have a "legacy plan." It involves her two sons and daughter.

"Definitely. My children may not think I do," Flores explains. "Maybe I'll keep it a secret so the element of surprise will be there."

It's no surprise that El Charro Cafe is Absolutely Arizona.

An exclusive look at Canyon Ranch, a resort that caters to the rich and famous