Pinnacle Peak, a Tucson staple for decades, is Absolutely Arizona 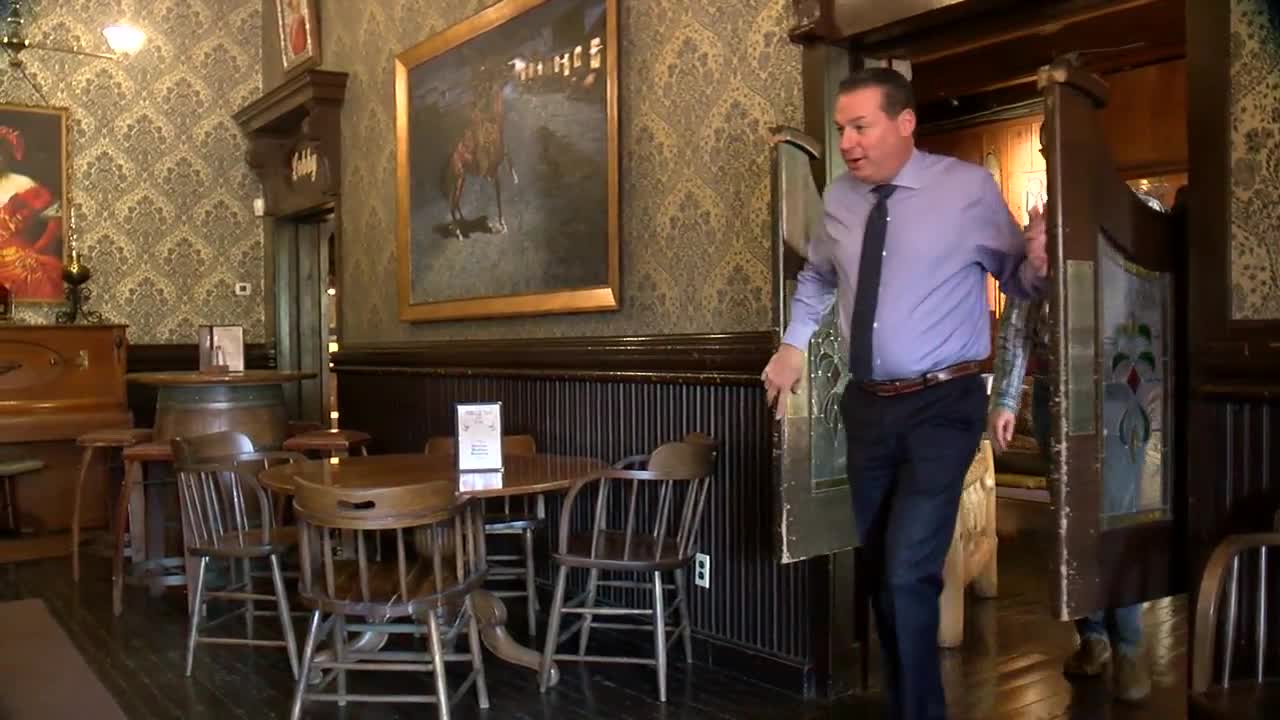 Pinnacle Peak and Trail Dust Town has been a Tucson staple for nearly 60 years. It's a tradition of cowboy steaks and laid-back atmosphere that make it Absolutely Arizona. 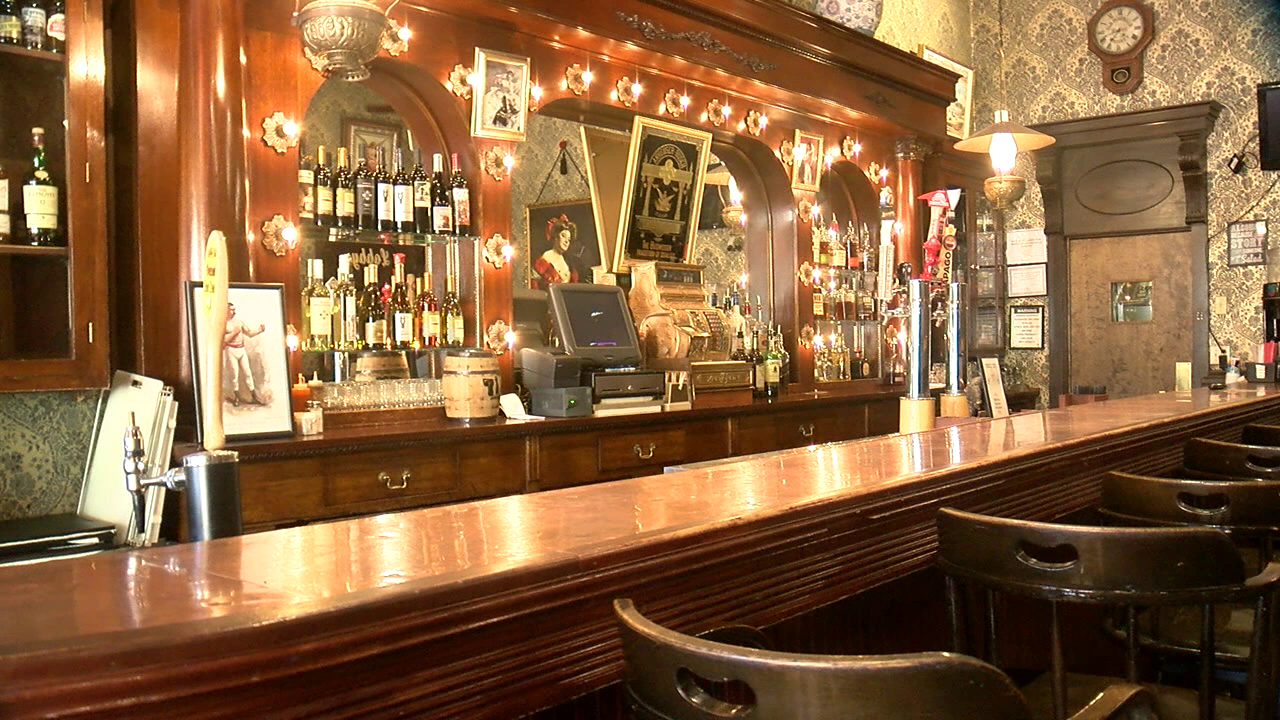 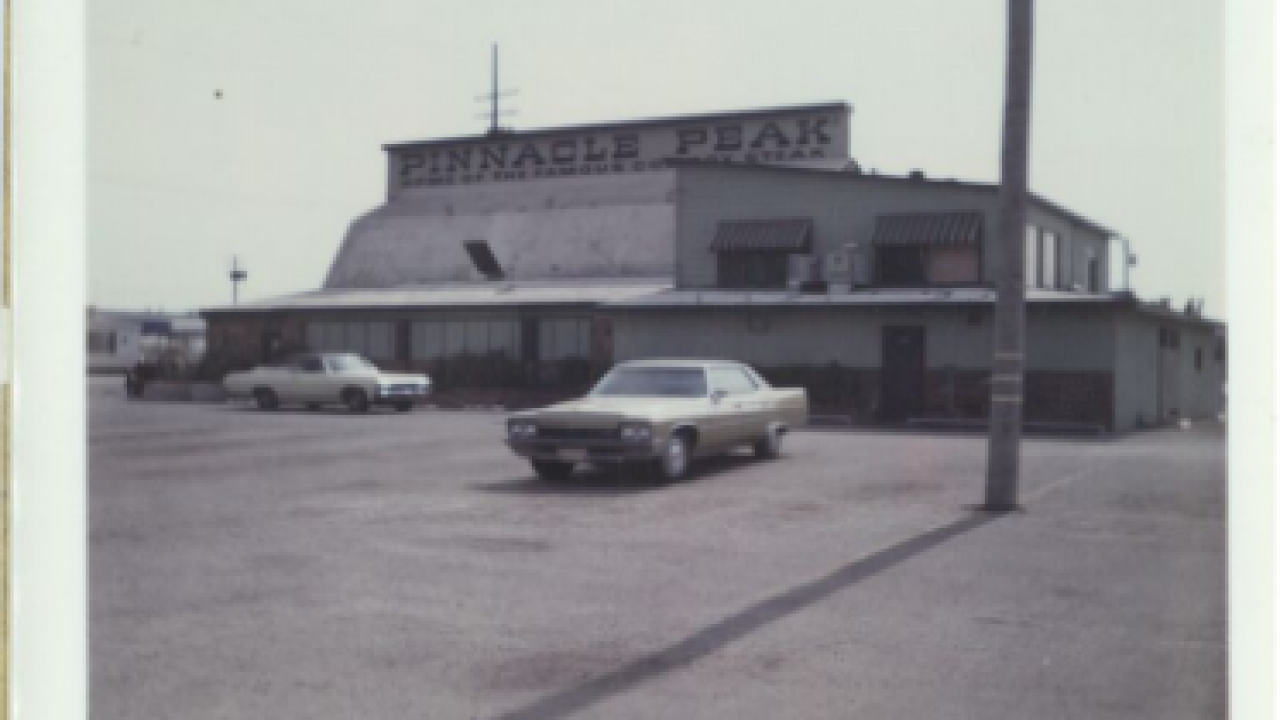 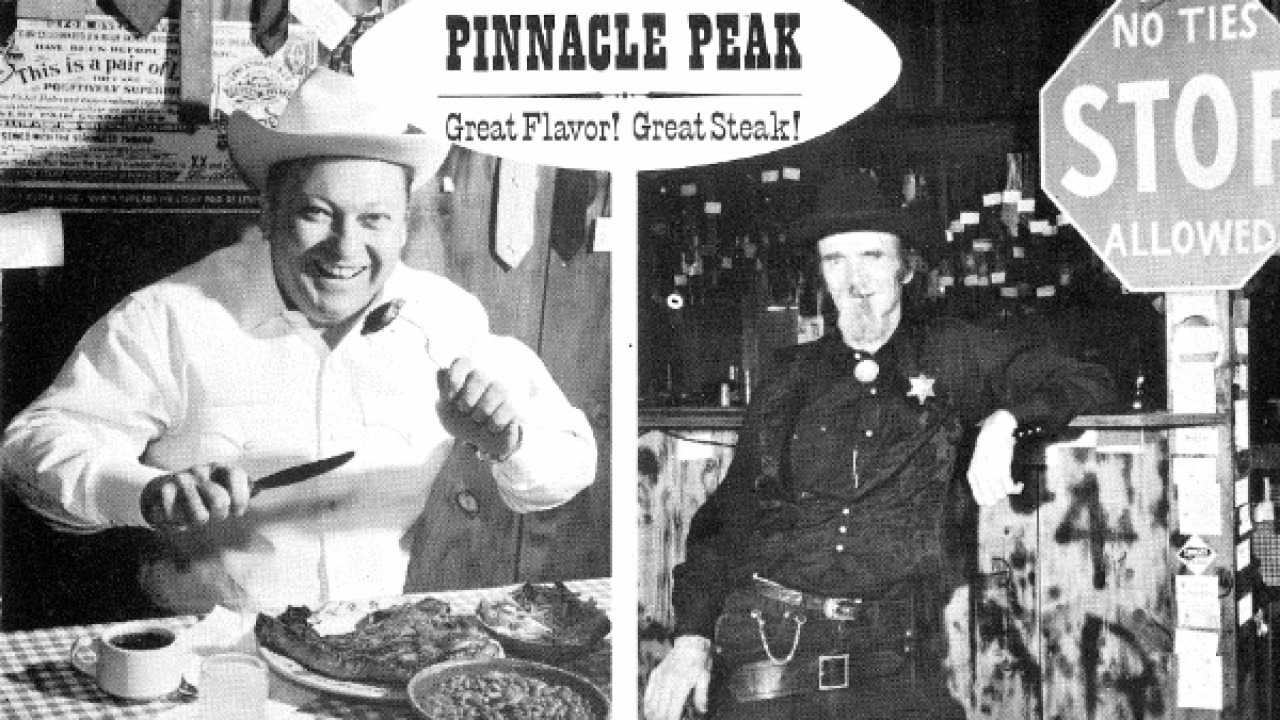 TUCSON, Ariz. -- Pinnacle Peak and Trail Dust Town has been a Tucson staple for nearly 60 years. It's a tradition of cowboy steaks and laid-back atmosphere that make it Absolutely Arizona.

If you wear a tie to Pinnacle Peak, get ready to lose it as people yell "one, two three, yee-haw!" before cutting it off inside.

Casey Wills is part of the locally owned Argo Land and Cattle Company that owns Pinnacle Peak and Trail Dust Town. He says cutting off ties is a tradition that began in 1962 when the restaurant first opened. It came from the idea that Pinnacle Peak was a steakhouse for the everyday man. He says, "The every working man. This wasn't going to be a steakhouse only for the very wealthy." So they started the tradition of cutting off ties. "That took off, and we still cut ties off today," he says.

Wills says he believes they've cut off upwards of at least 100 ties just in one week. So what happens to those ties? Tradition says they will be hung from the rafters for guests to admire.

But the tradition of hanging ties form the ceiling may have actually contributed to a devastating fire in 1971. "It was burnt to the ground pretty much," remembered Wills. He says they had to move the front of Pinnacle Peak further back on the property after the fire, to where it is now.

A special part of Pinnacle Peak it the classic 1880's bar. If you want to feel like you're back in the 80's, that's the place to go. "Our owner is passionate about getting the look of things just right. We have a spittoon in here," says Wills. But, management asks people not to use the spittoon.

Through the years, Pinnacle Peak has added several more dining rooms and another grille. But the most important part of grilling the steaks remains unchanged: the mesquite wood. Wills says they are real mesquite logs. "It's all we cook on. No charcoal. It's all real mesquite logs. It's sources from a local vendor. {The owner} sources it from mostly the Sonoran Desert area," he says.

Wills says the master grillers at Pinnacle Peak know just how to work the mesquite wood. It gives the steaks great flavor and burns very hot; perfect for steaks. They go through 2 to 3 cords of wood, preparing a few thousand steaks each week!

The long tradition of Trail Dust town also includes the Pistoleros Wild West Stunt show. It's been around for 21 years now. The nearly 60 years of history is seen everywhere inside Pinnacle Peak. It's not just the ties hanging from the rafter or the back bar, there's also a giant portrait of Tombstone Slim, the former marshal of Trail Dust Town.