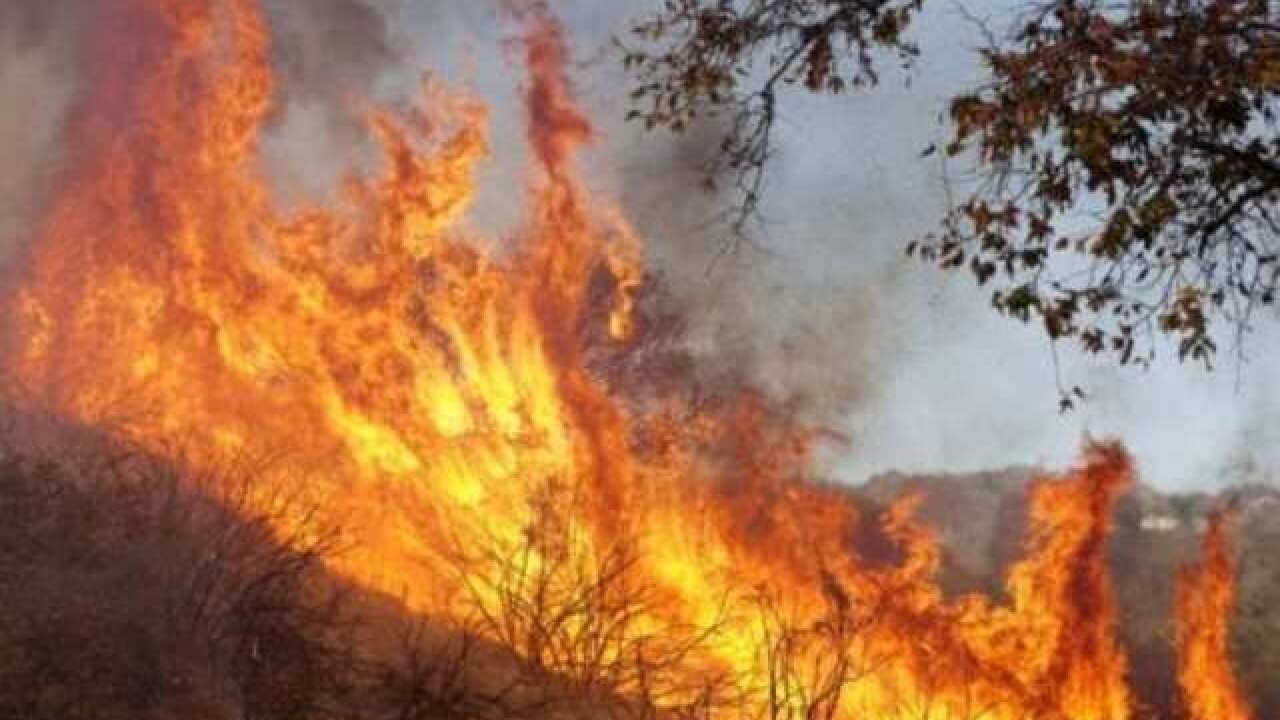 MAGALIA, CA - When Margaret Newsum saw the news that the Camp Fire was not far from her home, the 93-year-old knew she'd have to evacuate.

But her caregiver wasn't around that morning to take her. And when Newsum went to call for help, her electricity shut off and phone service went down.

So she got her medicine and other vital needs together and walked out of her home in Magalia, California, hoping somebody would come by and help her. Salvation soon came in the form of a garbage truck.

"I was standing there when I looked up and saw this great, big, green monster truck barreling down the street," Newsum told CNN.

Around that time, Dane Ray Cummings, a Waste Management driver, had been told to cut his trash collection route short and head home as the Camp Fire neared. But he wanted to finish his route, and he had a mind to check on some houses with elderly or disabled residents.

Cummings drove up to find Newsum waiting for him. And once he realized she needed to evacuate, he knew what he had to do.

"He said you're going with me," Newsum recalled.

Cummings' rescue of Newsum is just one of a number of tales of citizens helping others out during the California wildfires that have killed at least 74 people statewide. The Camp Fire, the deadliest wildfire in state history, has destroyed most of Paradise, a town near Magalia, causing widespread evacuations and smog across Northern California.

The fire stopped before it reached Newsum's home, but she and Cummings didn't know that at the time.

Newsum recently broke her back and uses a walker to get around, which made it tricky to get up into the cab of his garbage truck. Cummings and some neighbors lifted her up and buckled her in, and they strapped her walker to the side of the truck.

With thousands trying to flee at the same time, the trip was slow going, they said.

"He got in the truck and away we went. It was stop, go, stop, go," Newsum said. "We were on the road about 5½ hours. When we started coming down out of the hill, the smoke was so bad, it was like going into the bowels of hell. It was so black. I've never seen smoke that black before. It was frightening."

On the ride, Cummings called up childhood friend and co-worker Brian Harrison, a heavy equipment technician for Waste Management.

"He says, 'Brian, you are not gonna believe what I have in my truck,' " Harrison told CNN.

They weren't sure what to do with Newsum, but Harrison knew an evacuation center was no place for a 93-year-old.

Harrison, a single dad, said his sister and his children have chipped in to help take care of Newsum for the past week -- not that she needs too much help.

"She's the most independent 93-year-old you'll ever meet," he said.

For her part, Newsum, who has no family in the area, was incredibly thankful for the care she's received.

"This family has taken me in. I have never felt so wanted and so comfortable and so much brought into making me part of the family," she said.

Harrison recently learned it might be a couple of months before Newsum's allowed back into her home, news he said that excited his kids.

"They've grown to love her. They just want to keep her," he said.

Or as Newsum put it, "I'm like a stray puppy the kids fell in love with."