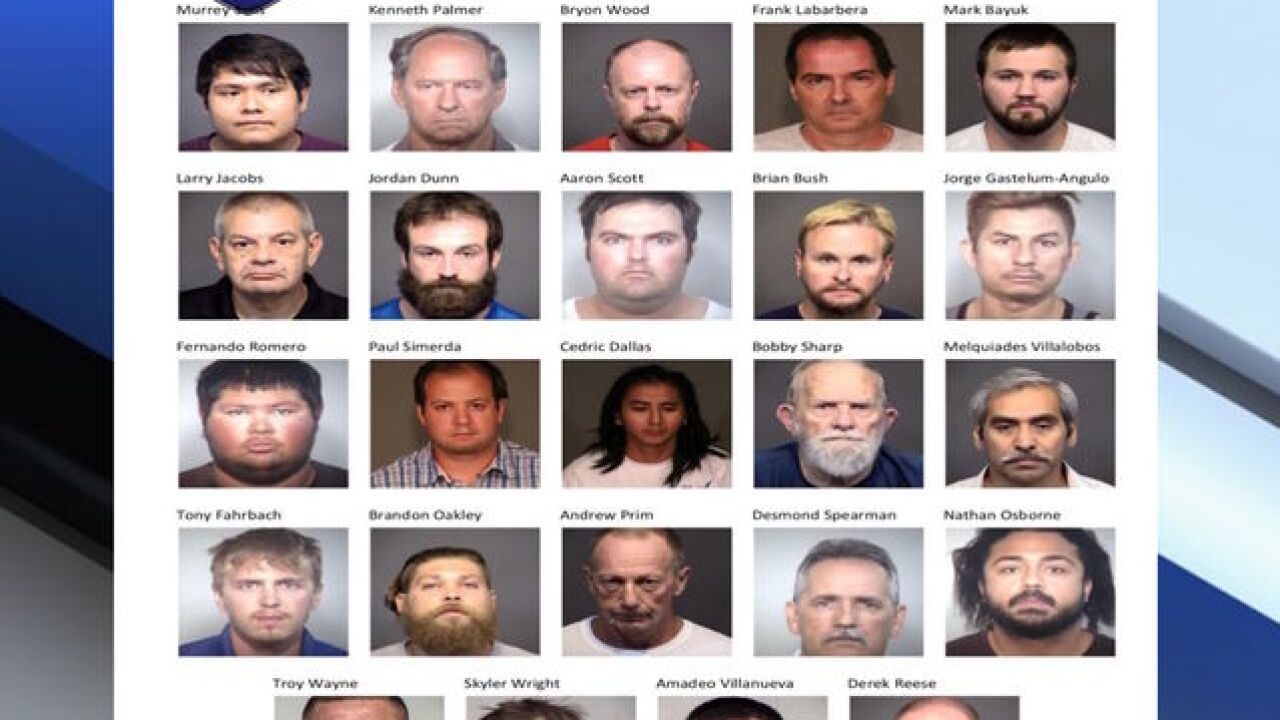 Copyright 2018 Scripps Media, Inc. All rights reserved. This material may not be published, broadcast, rewritten, or redistributed.
Mesa Police
<p>Mesa police partnered with Tempe, Chandler, and Gilbert police in an undercover operation targeting the demand for child sex crimes and human trafficking.</p>

A multi-agency operation to crack down on child sex crimes coined "Operation Degrossting," has resulted in the arrest of 24 suspects.

According to the Mesa Police Department, they partnered with the Tempe, Gilbert and Chandler Police Departments as well as the Attorney General’s Office as part of the undercover operation.

Mesa police say all 24 suspects solicited or made deals for various sex acts with the undercover detectives before they were arrested.

Suspects in this case range from the age of 21 to 80 years old.

"Crimes involving children are of the highest priority and I appreciate our partnership with all the agencies involved in the successful removal of these dangerous child predators from our community," said Mesa Police Chief Ramon Batista.

To date, 42 charges have been filed against the 24 suspects. Those charges include luring, child sex crimes, marijuana sale, and resisting arrest among others.

Details on all 24 arrests can be found HERE on the Mesa police crime blog.

The Mesa Police Department is urging anyone who has information about someone being trafficked to contact your local police department or the National Human Trafficking Hotline at 888-373-7888 or humantraffickinghotline.org.