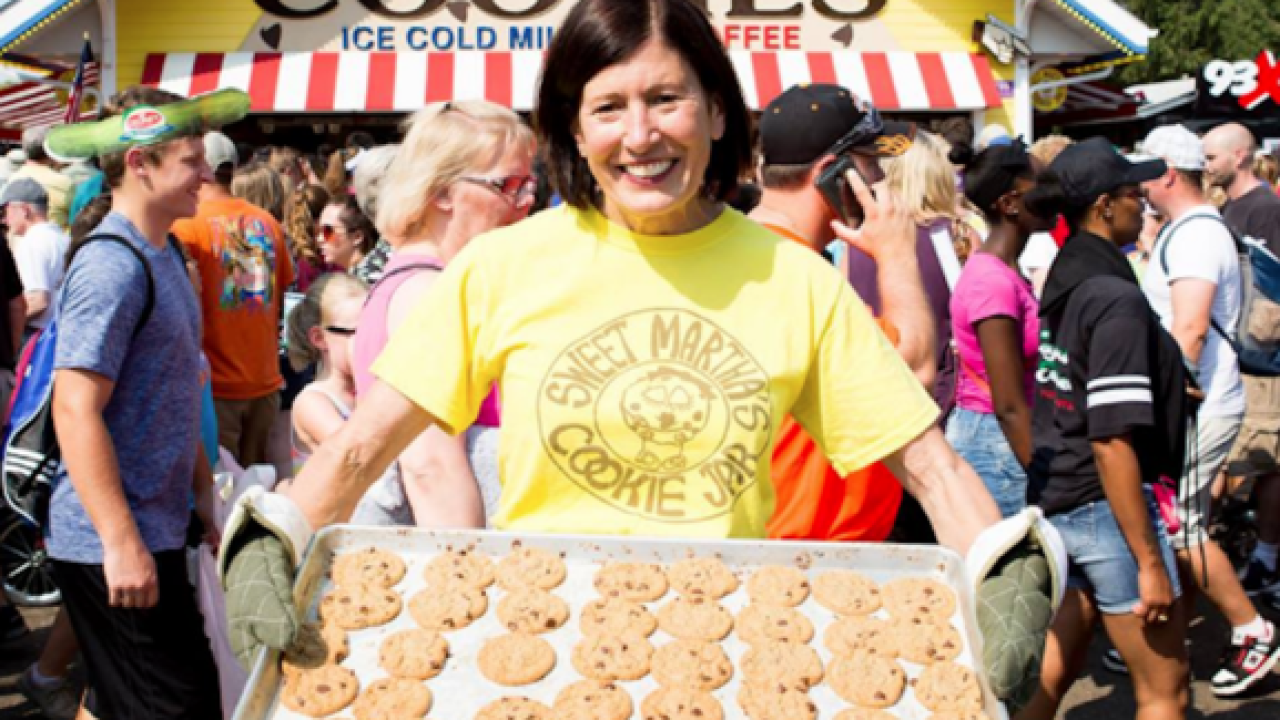 Sweet Martha's isn't some small bakery. It's a well-oiled machine that's churning out homemade, delicious chocolate chip cookies. And when Sweet Martha's Cookie Jar sets up at the Minnesota State Fair, the company rakes in $3 million dollars in a 12-day span. Impressive, to say the least. People can't resist ooey, gooey chocolate chip cookies—especially not at the fair. The fairgrounds are intended to be a place of fried food and sweet-eating, after all. And for the past 30 years, Sweet Martha's has been a Minnesota State Fair staple. Martha Rossini Olson, the woman behind Sweet Martha's, never intended to break into the cookie-baking business, but being a St. Paul native, selling at the fairgrounds has been a longtime goal. She and her husband owned a frozen yogurt shop and had tried to get into the fair as yogurt vendors to no avail. It wasn't until they tried a different approach that they struck some luck! They happened to mention that they also sold Famous Amos cookies at the shop, and they were asked to come to the fair to sell baked goods. "We said, 'sure,' then hung up the phone and went, 'Ahhhh! What do we do?'" Olson told Delish . "We had three weeks to put together a stand, so myself, my husband Gary, and Neil O'Leary—a high school partner and friend, who we've known forever—put together a stand in our backyard and rented all of the equipment." Of course, they also immediately began testing out recipes. They found the perfect one, and that's the same one they use to this day. https://www.youtube.com/watch?v=CrzU-mWnyQs By 2015, they had not one, but two stands selling Sweet Martha's cookies, and that's how they raked in the $3 million. Since now they've expand to be operating with three stands, they're likely gaining even more money during their fair runs. Only selling one kind of cookies makes things faster, too. The baking of one recipe is quicker and while the lines may be long, only giving one choice to customers sure make the wait time shorter. At the fair, you can buy a bucket of cookies for $16 , a large cone of cookies for $7 or a regular cone for $6. Sweet Martha's also has sells frozen cookie dough in Minnesota store locations, if you're interested in trying some of these delicious morsels once the fair has come to an end. You can find locations that carry them here . According to Ryan Caulfield, who's worked with  Sweet Martha’s for 25 summers, “[These cookies are] the status symbol of the State Fair," he told Star Tribune . So, as long as Sweet Martha's can keep up with demand, they stand to make a lot of money on something as simple as a chocolate chip cookie. Sometime you just can't beat a classic.