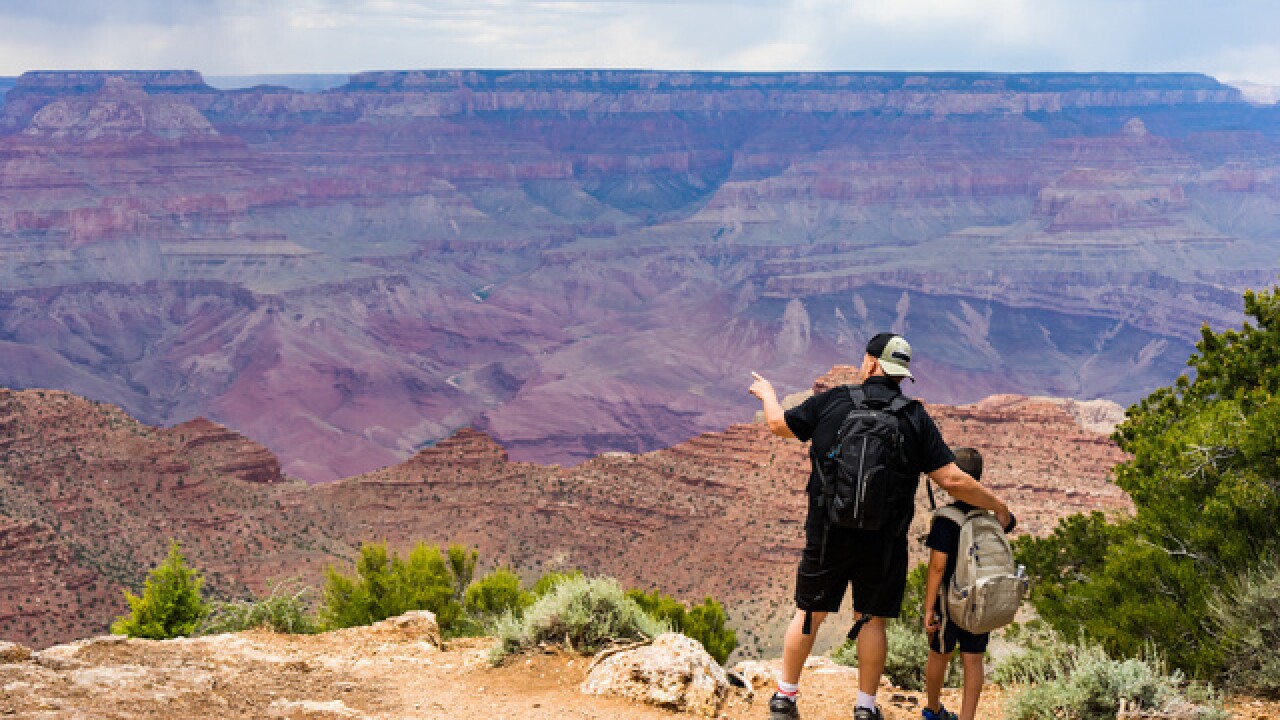 The National Park Service proposes more than doubling the entrance fees at 17 popular national parks, including Grand Canyon, Yosemite, and Yellowstone, to help pay for infrastructure improvements. Under the agency's proposal, the entrance fee for a private vehicle would jump to $70 during peak season, from its current rate of $25 to $30. The cost for a motorcycle entering the park could increase to $50, from the current fee of $15 to $25. The cost for people entering the park on foot or on bike could go to $30, up from the current rate of $10 to $15. The cost of the annual pass, which permits entrance into all federal lands and parks, would remain at $80. The proposal would affect the following 17 national parks during the 2018 peak season:

The National Park Service said the increase would help pay for badly needed improvements, including to roads, bridges, campgrounds, waterlines, bathrooms and other visitor services at the parks. The fee hikes could also boost national park revenue by $70 million per year, it said. "The infrastructure of our national parks is aging and in need of renovation and restoration," Secretary of the Interior Ryan Zinke said in a statement. Of the 417 national park sites, 118 charge an entrance fee. The National Park service has opened the proposal to public comments for 30 days at its website. The proposal was blasted by the National Parks Conservation Association, a nonpartisan advocacy group. "We should not increase fees to such a degree as to make these places — protected for all Americans to experience — unaffordable for some families to visit," the group's president and CEO Theresa Pierno said in a statement. "The solution to our parks' repair needs cannot and should not be largely shouldered by its visitors." "The administration just proposed a major cut to the National Park Service budget even as parks struggle with billions of dollars in needed repairs," Pierno said. "If the administration wants to support national parks, it needs to walk the walk and work with Congress to address the maintenance backlog." On the National Park Service's Facebook page, some commented that the proposal was reasonable since it was going to improve and maintain the parks. Others lamented that it would price working class people out of making trips that they had saved up for. Entrance fees at several national parks, including Mount Rainer, Grand Teton and Yellowstone, went up in 2015 to their current price. Those fee increases didn't seem to deter visitors. In 2016, National Park Services received a record-breaking 331 million visits, which marked a 7.7 percent increase over 2015. It was the park service's third consecutive all-time attendance record.

Most Popular National Parks In 2016: