Precious Moments figurines could be worth thousands 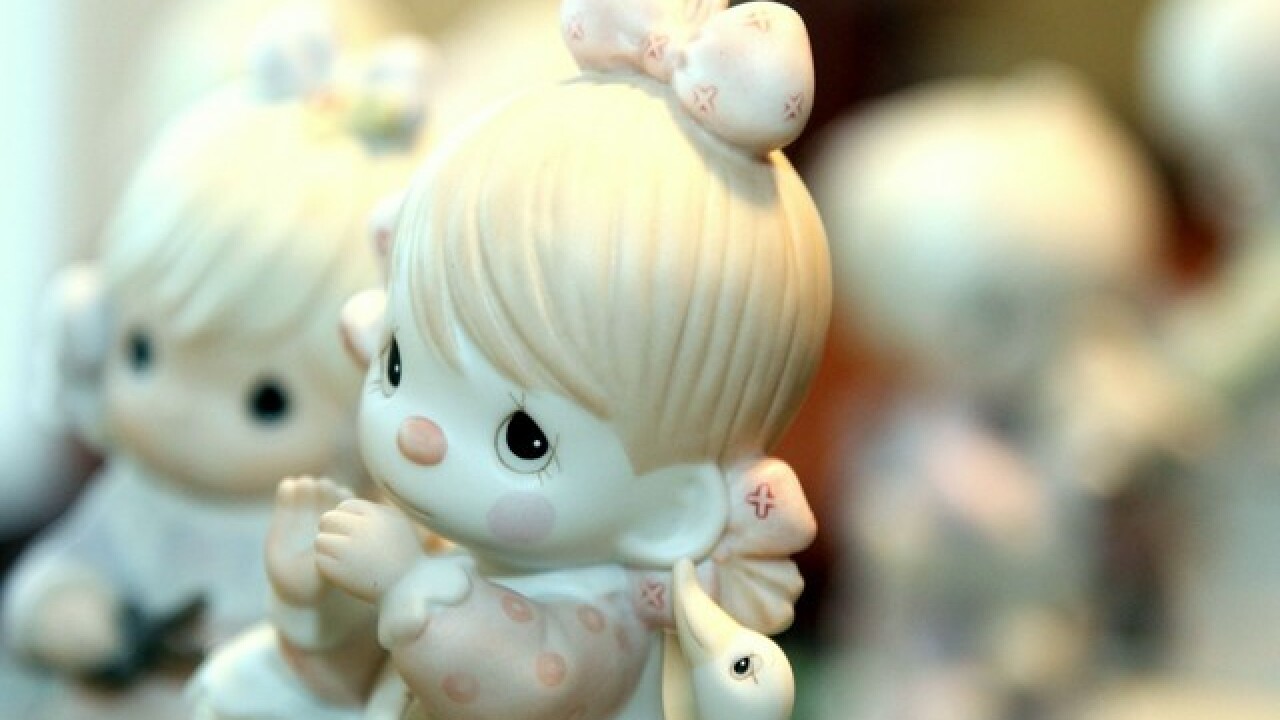 For some, it was Beanie Babies. For others, it was Precious Moments figurines. In my experience, those are pretty much the only two camps you could fall into as far as collectors' items were concerned, at least in the '90s. If you happen to still have some of those adorable little doll figurines lying around, they could be worth a lot of money—if you're willing to part with them, that is. (Of course, that's not to snub Beanie Babies because they can be worth quite a bit, too!).

Part of what makes the Precious Moments figurines worth so much money—beside the fact that vintage is trendy right now—is that only one of the "Original 21" figurines made are still available for purchase in 2017. So, it's nearly impossible to get your hands on some of the earliest designs, unless you're willing to shell out big bucks for them. Besides that, they're adorable and each scene tells a story, making them great to put on display. And you'd want to show them off, especially if you'd dropped a lot of cash on them. Based on previous purchases on eBay, people certainly are willing to pay for these tiny dolls. One sold for over $400, and if you're willing to get rid of an entire lot of them at once, well, that's worth thousands. These only cost $15 to purchase one back in the day, so selling would definitely be a return on investment.

What Makes For A High Selling Price?

The older these figurines are, the more they sell for, and it's important that they're in good condition. And like I said, if you're willing to part with your entire collection, as opposed to just one figurine, you could stand to make a lot of money. Some figurines were limited edition, so if you've got one of those sitting on a shelf somewhere, it'd definitely be worth quite a bit of cash if listed online.

How Have Previous Sales Performed?

Take a look at how much Precious Moments items have sold for in the past:

This is an example of how well a vintage, limited edition version can perform. It sold for $409 on eBay.

In these examples you'll see that these cute little figurines can be worth hundred when sold individually, and thousands when sold in bulk. This vintage, limited edition item went for $300.

A large collection of these figurines once sold for $5,000, so if you've been collecting these for years, there's potential for a lot of extra money to be made.

Studying the previous sales on eBay will help you determine how to price your vintage items, so if you're prepared to sell your Precious Moments figurines, do your research and get ready to make some money!