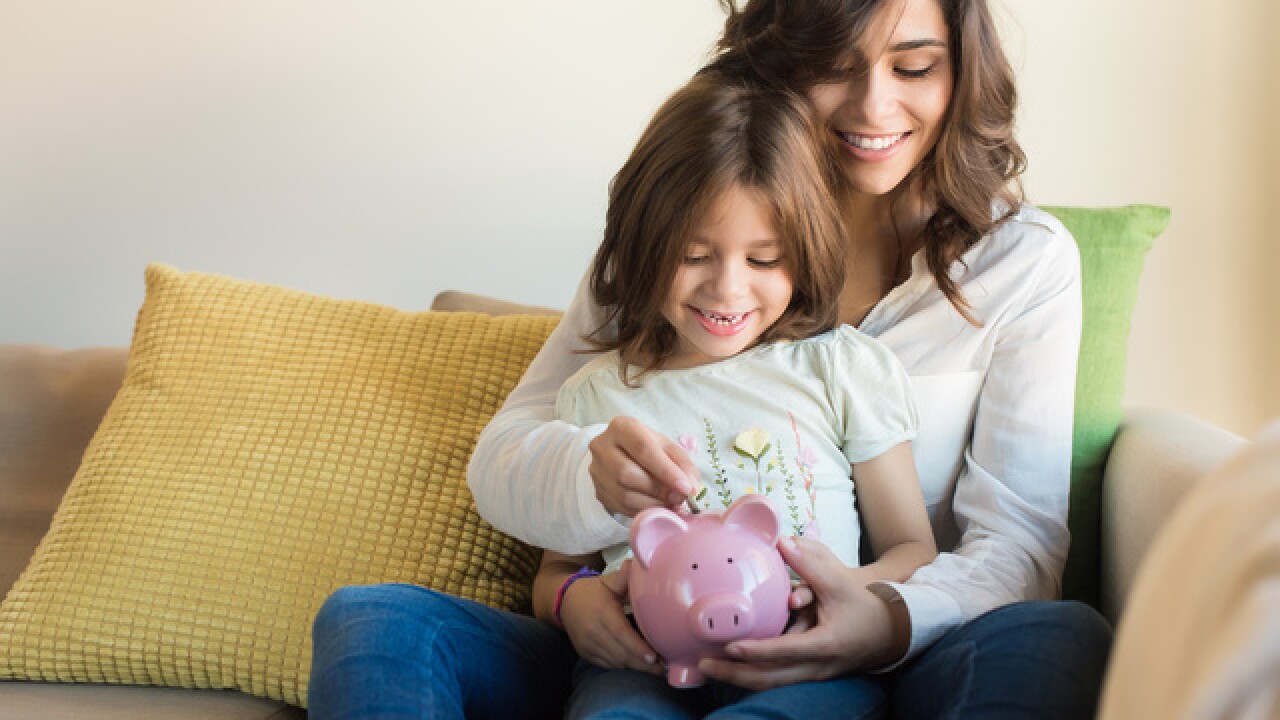 More and more parents are teaching their children personal finance skills at an early age. Apparently, this also extends to credit cards, as more and more parents are giving their young children real-life credit cards. Nearly one in five parents—18 percent to be exact—reported giving a credit card to their children aged 8 to 14, according to a new survey conducted by asset management firm T. Rowe Price. That figure is more than quadruple the 4 percent of parents giving their kids plastic in 2012. Would you consider giving your child a credit card? Or do you think this practice is ridiculous? The good news for parents thinking about giving their kids a credit (or debit) card is that the pros and cons can be easy to learn and manage.

How Does It Work: Co-Signing Vs. Additional Cardholder

So, how does giving a child a credit card even work? You can't get your child her own credit card if she's younger than 18, but you can add her as an additional cardholder to one of your accounts. When your children are older, they can apply for a card, but might need you to act as a co-signer if they have no credit history. There's also the option of giving her a prepaid debit card, though those are sometimes accompanied by fees. Of course, your child can have a debit card connected to his own checking account, but when the money is gone, it's really gone there and they could face overdraft fees.

One mother who got her 14-year-old son a debit card (instead of a credit card), signed up to get email alerts each time her son used the card. Almost immediately, she saw a charge for candy at a gas station and realized she needed to set card-use rules for her son. But that moment actually led to a great conversation about the parameters of the card—where he could use it, what was appropriate spending, etc. Giving your children a credit or debit card can be a great way to introduce them to financial concepts—so long as you actually talk to them about said financial concepts first, instead of just blindly paying the monthly bill without comment.

Beyond talking with your child about money, there are a few perks for giving your children a debit or credit card. Adding your child as an authorized user to one of your credit cards can help them start to build their own credit score, which is a good thing. It can also encourage them to start thinking about income, but only if you require them to contribute some amount of money to help pay off the balance. Make them accountable for their spending by requiring them to spend their own money. Encourage them to pick up odd jobs, such as mowing the neighbor's lawn or cleaning your house each week for money.

There are several serious downsides associated with giving kids credit cards. The biggest one is that you're ultimately responsible for paying off any debt they rack up on your card. And if you fall behind on payments, for whatever reason, you could end up hurting their credit score in addition to your own. If your child loses the card, there's always the possibility that it could end up in the hands of someone unsavory, especially if your child doesn't tell you about the lost card right away. There's also something a bit less tangible about using a credit card versus cash. Your children may not immediately understand financial concepts or take ownership of the card like they would with straight-up cash.