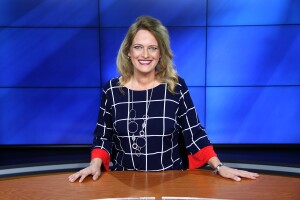 Leeza Glazier Starks is the news director at KGUN.

She joined the team from Scripps' sister station KERO in Bakersfield, California in June of 2017.

Prior to KERO, Starks worked at ABC affiliate KFSN in Fresno, where she was the assistant news director.

Previously, she was the assistant news director for the Ohio News Network, a statewide cable news station, based at WBNS in Columbus, Ohio. She’s also been a morning executive producer in Jacksonville, Florida and the news director at WOWK in Huntington-Charleston, West Virginia.

Starks started her career in front of the camera as a weather forecaster, reporter and anchor in Alexandria, Louisiana, Shreveport, Louisiana and Huntington-Charleston, West Virginia. She graduated from the Scripps School of Journalism at Ohio University where she worked at WOUB-TV and radio.

Starks lives in Tucson with her three children.