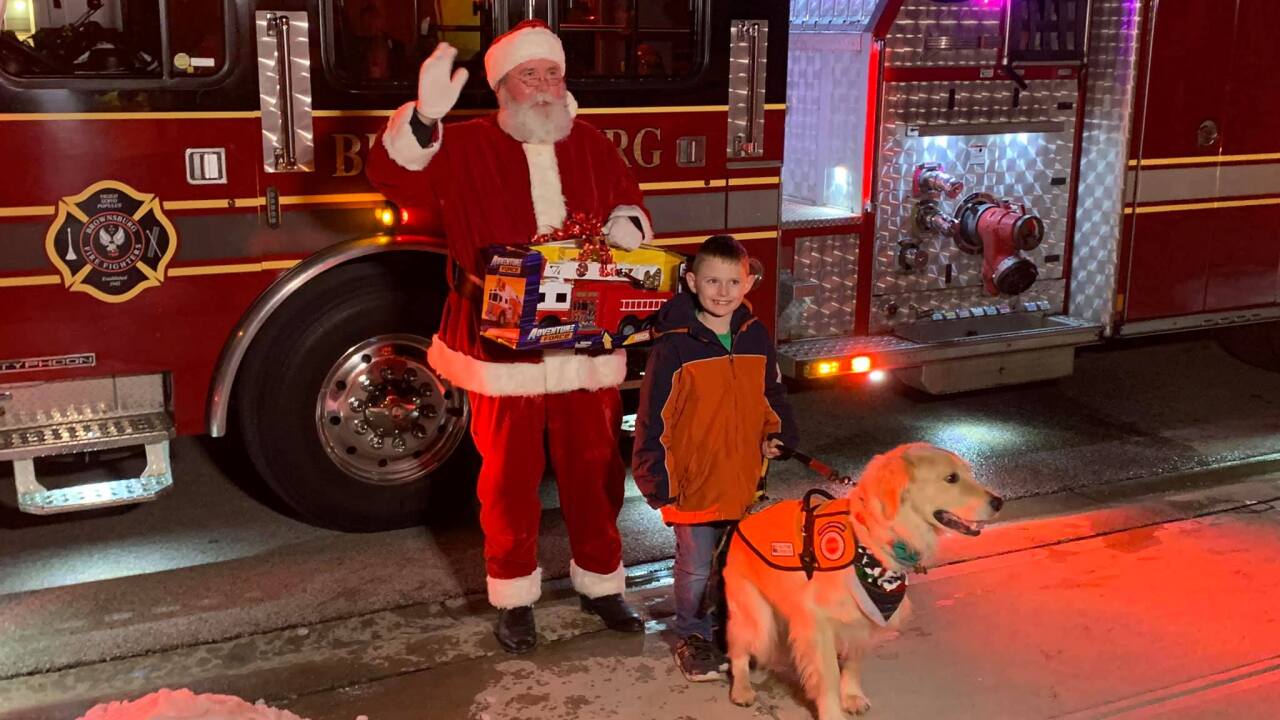 After an Indiana boy with special needs was denied a visit with Santa because of his service dog, the fire department stepped up in a big way to make a special visit.

Members of the Brownsburg Fire Territory brought Santa to him!

The little boy, named Tyler, tried to visit Santa last week in Indianapolis but was denied entry because of his service dog.

"We can’t solve all the worlds problems, but when we can make a difference we will step in," Brownsburg Fire Territory said on their Facebook page.

Santa ditched his reindeer for the night and hitched a ride in a fire truck to get to Tyler's house for the surprise.

Not only did Tyler get a visit from Santa, but he and his dog, named Ryan, got to explore the fire truck, blow the horn and even play fireman by using the big hose!

Ryan was named after a fallen police officer who was killed in the line of duty, which makes him even more special than most.

"We just want to help our community understand the purpose of service dogs," they said in the video.

Santa Claus even brought Tyler his very own fire truck.

The fire department captured the special visit live on their Facebook page. They also took the time to give some education about service animals.

"This is just one small way the Brownsburg Fire Territory can make a difference in our community," they said during their Facebok live. "Take a bad situation and be able to turn it around and get things back on the right track for this family.

You can watch the entire surprise and visit below.

This story was originally published by Katie Cox on theindychannel.com.