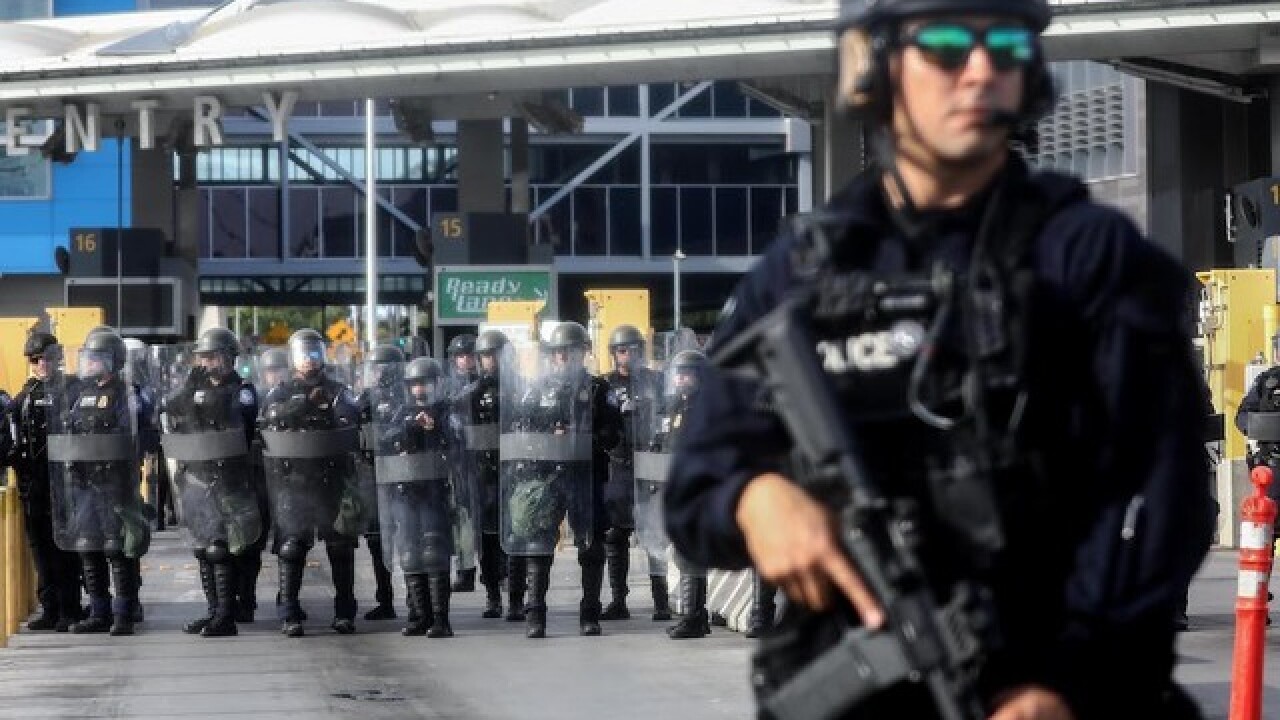 Image copyright 2018 Getty Images. All rights reserved. This material may not be published, broadcast, rewritten, or redistributed.
Mario Tama
<p>U.S. Customs and Border Protection (CBP) agents stand guard on the U.S. side of the San Ysidro port of entry during a "large-scale operational readiness exercise" which briefly closed the border crossing on November 22, 2018 in Tijuana, Mexico. Parts of the migrant caravan have been arriving to Tijuana after traveling for more than a month through Central America and Mexico to reach the U.S. border. President Donald Trump today threatened to close the U.S.-Mexico border if the arrival of migrants leads to a loss of 'control' on the Mexican side. </p> 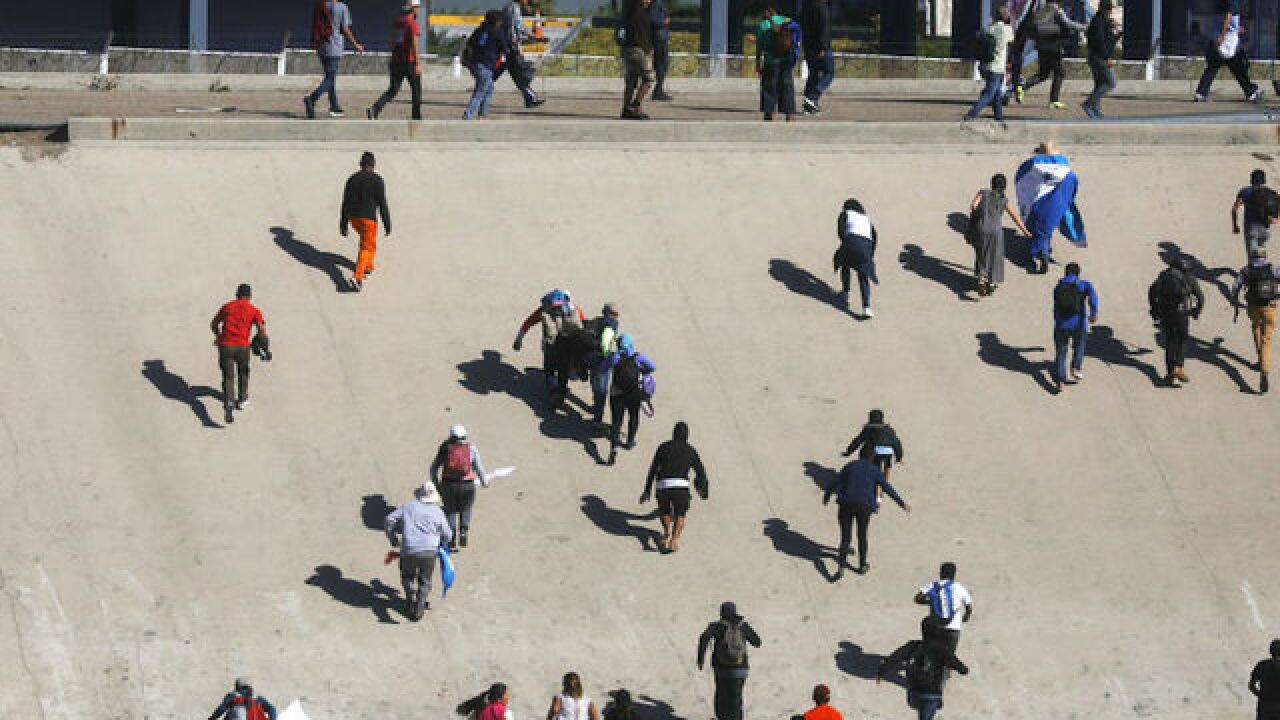 US Customs and Border Protection closed road and pedestrian bridges on Sunday at the San Ysidro port of entry, one of the largest land border crossings between San Diego and Tijuana, Mexico.

Groups of Central American migrants have been converging on the Mexican border city for days in their quest to gain entry to the United States. Their presence has drawn Mexican troops, protesters and fiery rhetoric from President Donald Trump and Mexican officials.

As crowds amassed at San Ysidro, around 500 migrants overwhelmed federal and local Mexican police blockades and rushed toward the border, said freelance reporter Alfredo Alvarez, who is in the crowd.

The crowds were made up of men, women and a lot of children, Alvarez said.

With bridge and pedestrian border crossings closed in both directions, the migrants headed for the cargo area where the railroad crosses, Alvarez said.

They appeared to get close to the border wall, Alvarez said. He could not see from his position if the migrants had managed to get across the actual border.

More demonstrations were planned on Sunday at San Ysidro, the busiest land port of entry in the Western Hemisphere, according to the US General Services Administration.

The planned demonstrations on both sides of the border prompted CBP to deploy extra personnel to the border crossing, the agency said.

"The additional personnel, which included CBP officers, US Border Patrol agents, and Air and Marine agents, were recently deployed to the San Diego area from various areas around the country in preparation for the potential arrival of the caravan in Tijuana."

The mayor of Tijuana said on Sunday that he would not let the migrants' actions damage the city's relationship with its neighbors across the border. Many residents of Tijuana work, study and visit the United States each day, and the border closures affect them, too, Juan Manuel Gastélum said on Twitter on Sunday.

The mayor has said previously that the city cannot support the migrants.