'The Shape of Water' wins, as Oscars tackle the serious without losing the fun

"The Shape of Water" floated to the top as best picture at the 90th annual Academy Awards, bringing a suspenseful close to an awards season punctuated by the sexual-harassment scandals that have roiled Hollywood.

The Oscars are a big, unwieldy beast, which invariably try to serve too many masters. Yet if the intent was ultimately to maintain a celebratory tone without ignoring either the outside world or the elephant in the room throughout this year's awards, host Jimmy Kimmel and the show itself largely succeeded.

Aside from best picture, the awards both spread the wealth among a number of films and mostly followed the anticipated script, with few major surprises among the highest-profile categories. The show also managed to deal with serious issues -- from Time's Up to diversity and inclusion -- without sacrificing a sense of fun and irreverence.

Last year, the two-month awards process was dominated by the collective response to the newly minted Trump administration. While politics played a significant part in Sunday's telecast, there was also the matter of the #MeToo movement, as the entertainment industry still seeks to get its own house in order.

Kimmel addressed the #MeToo movement and Time's Up campaign head-on in his opening monologue, which mocked various targets -- including, inevitably, the Trump White House -- with a light, clever touch.

Indeed, while Kimmel might have become a more polarizing figure with his entry into the healthcare and gun-control debates, he again brought a genial persona to the emcee role, one that somewhat leavened the seriousness and bouts of pretentiousness that can drip into the ceremony.

Toward that end, Kimmel not only joked about the show's length but offered a jet ski as an incentive to whoever gave the shortest speech. (This being the Oscars -- a career milestone for honorees -- the sentiment is admirable, but they might need a bigger boat.)

The host also again enlisted ordinary people into the act -- this time taking a group of stars to surprise the audience in a nearby theater. As with last year's similar stunt, the idea was better than the execution, but it did give the show a welcome and refreshing jolt of energy.

In terms of politics, Kimmel extended an endorsement to the planned march for gun control being organized by students impacted by the Parkland school shooting. When the documentary "Icarus," about a Russian whistleblower, won, he deadpanned, "Now we know at least [Vladimir] Putin didn't rig this competition."

The audience also loudly cheered acknowledgment of the Dreamers, those youths brought to America without legal documentation; "Coco," the animated feature, whose producers gave thanks to Mexico, where the story takes place; and Common's passionate rap, which took President Trump to task on multiple fronts. Director Guillermo del Toro also spoke of the power of film to tear down walls, not erect them.

The issue of sexual harassment was given powerful voice by several actresses who have publicly spoken out about disgraced producer Harvey Weinstein, allegations that, because of his outsized role, cast a shadow over awards season. Ashley Judd cited "a mighty chorus that is finally saying Time's Up." Frances McDormand also used her speech to deliver a message of female empowerment, having all the women nominees stand -- a symbolic gesture if there ever was one.

For an event like the Oscars, avoiding major snafus is always part of the challenge, especially after last year's envelope mix-up. Bringing back Warren Beatty and Faye Dunaway as presenters nicely added closure to that farcical finale.

There were, admittedly, an over-abundance of clip packages, although given the 90th-anniversary milestone, that was hardly a surprise.

The producers also provided the requisite mix of old and new, featuring the stars of superhero fare like "Black Panther" and "Wonder Woman" while giving nostalgic nods to Eva Marie Saint, Rita Moreno and Jane Fonda. Throw in screenplay winner James Ivory, 89, and for an industry that prize's youth, it was an inordinately good night for octogenarians.

While the best-picture balloting kept Oscar watchers guessing, the acting nominations went according to form, including lead actors McDormand and Gary Oldman, and supporting honors for Sam Rockwell and Allison Janney.

The Oscars are still absorbing the impact of the #OscarsSoWhite campaign, the hash tag created a few years ago in response to the absence of people of color among nominees. Since then, the Academy of Motion Picture Arts and Sciences has expanded its membership by roughly 20% and inducted more women and people of color, new blood that might have had an impact on the awards, producer more openness to genres that have usually been overlooked in the past.

Notably, sexual-harassment claims also bled into the pre-show coverage, with the E! network featuring Ryan Seacrest emceeing its red-carpet arrivals despite allegations against him by a former wardrobe stylist, which the host has denied. 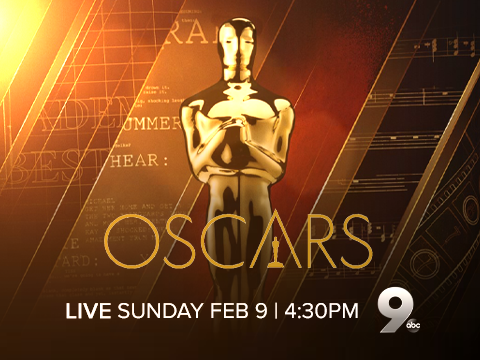 The latest news about the 2020 Oscars, including nominations, winners, predictions and red carpet fashion at 92nd Academy Awards