Bingeworthy 'Attack on Titan' shines and has killer soundtrack 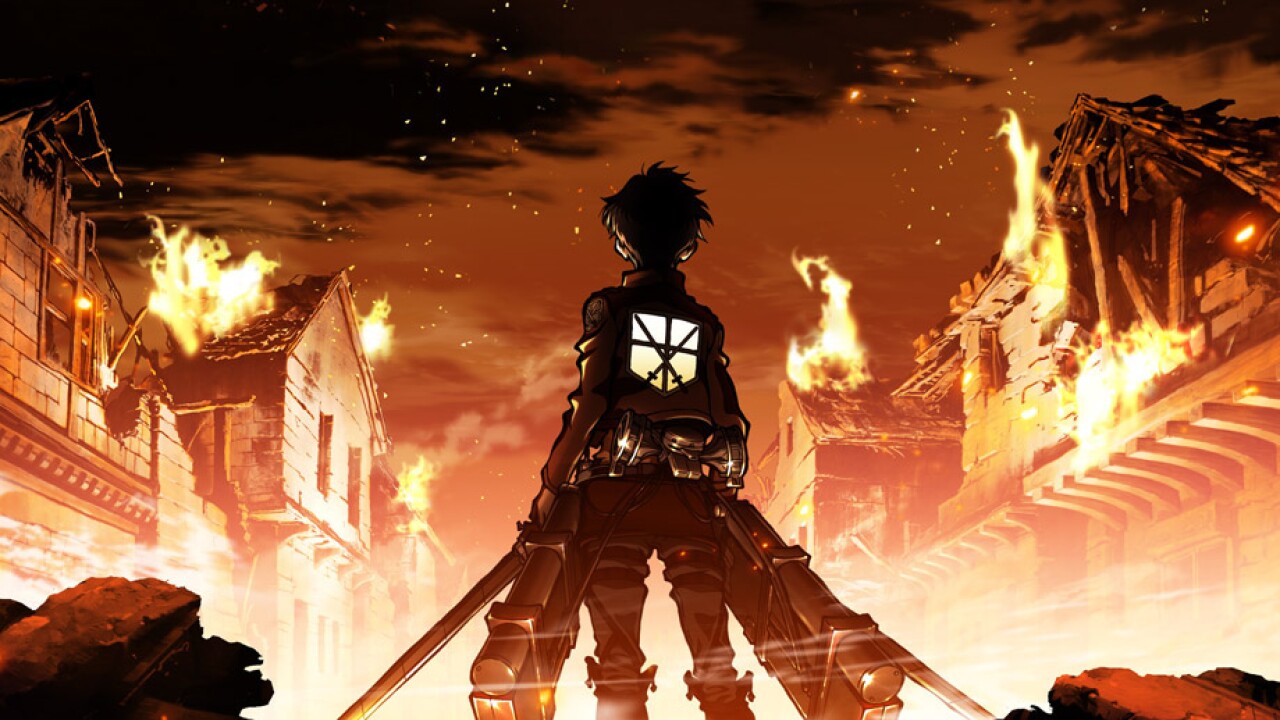 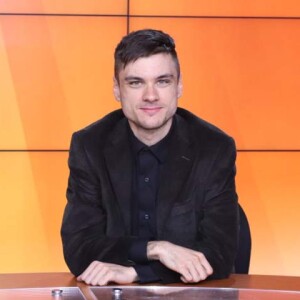 In a decade of anime dominated by generic ensemble romantic comedies, safe light novel adaptations, and even safer shonen franchises – it's kind of nice how popular Attack on Titan was and continues to be. A military fantasy unlike any other, Attack on Titan prides itself in delivering as many epic moments as possible while grounding itself in a dour, seemingly hopeless war between humanity and giants.

Eren Jaegar, Mikasa Ackerman, and Armin Arlert all live within the last bastion of humanity, a massive complex of walled cities built to keep the dwindling human population safe from the Titans. As the name implies, they are big. The name doesn’t imply they eat people, but that they do.

Not much is known about Titans except for the fact some are smarter than others, and the only way to kill them is to cut a portion out of the nape of their necks. Not that that matters, because humans have been relatively safe and happy within the confines of their walls and nothing bad will ever happen. In fact, our trio of heroes are all enjoying their childhoods and secure in the fact that nothing bad could happen when with dramatic panache – everything bad happens. A Titan tall enough to breach the wall appears breaks it and sends a tide of man-eating anatomy models rushing in to wreak havoc and get the plot going.

This event leads to our three heroes losing all their loved ones. They decide that the only outlet for revenge is to join up with the military – and particularly the survey corps: essentially suicide squads that go into Titan territory to build supply routes and discover anything they can about what Titans are and why they exist.

After the first few episodes of set-up, the show gets really good, moving at a brisk pace.

RELATED: A decade on and Angel Beats has earned its place as an anime classic

Three years of military training are boiled down to a couple of episodes that then lead into a massive multi-part story arc where our heroes must defend the wall from another breach that happens –again – with almost comedic timing as everyone is talking about how wonderful everything is. Diving into what I’d call Attack on Titan’s first big arc is where you really see what the show is about. Soldiers die, including characters you know, with alarming regularity. The violence is brutal, the emotional scars of the characters on full display. Unlike the majority of fantasy anime that are built around the idea of you as a viewer wanting to lose yourself in the world, perhaps fill the shoes of the main character; Attack on Titan is a living nightmare.

Our soldier characters are equipped with an “omnidirectional maneuver device”, a complicated piece of machinery that shoots out a pair of tethers from the waist, allowing soldiers to swing around the Titans and perform all kinds of mid-air acrobatics. Soldiers are also equipped with giant box cutter swords because it’s anime and the swords need to look silly. But it’s a distinctive style that has become a pop-cultural icon. And honestly, the look and design are pretty cool.

As the battles intensify, the show begins to focus on the fact that for some reason, Eren can turn himself into a Titan, basically forming a fleshy giant robot suit. And he can heal wounds, including the loss of limbs, using his Titan power. This idea, admittedly, lost me at first. I think it gives too much plot armor to Eren. But the second half of the season introduces another human who can turn into a Titan and the idea of humans having this ability becomes a major crux of the plot. I actually started to like the idea and find the battles between humans-turned-Titans to be the best action the series offers.

Pacing-wise, I think Attack on Titan shines purely on the fact it moves at an almost perfect clip, ending every episode with some form of cliffhanger that makes not watching the next episode impossible. I binged the entire season in a few days because no matter how hard I tried to pull myself from the TV, I needed to know what happened next. The only real pacing issues are an occasional flashback or a portion of an episode giving in to way more internal dialoguing about feelings or decisions than is necessary. It’s not Dragon Ball Z levels of wheel-spinning, but there are some episodes that feel longer than others.

As far as characters go, there are so many that I never felt attached to any one. The deaths in the series are meant to feel sudden and it does a good job of not lingering on those deaths and building that aforementioned hopeless mood. We’re talking about war, war means death, and even the characters within the show make some gruesome decisions insofar as dying or the dead are concerned. The one time I felt a character death was being focused on a lot, it only served as a way to subtly show how unaffected a living character was to the death of someone they may have loved.

I’d be remiss not to mention that Attack on Titan has a killer soundtrack of epic music. That’s coupled with solid production value on the animation end. Fluid combat sequences, a memorable style to the world...and then there are the character’s faces. The play of sharp shadows or dark lines, the way soft eyes can turn into horrifying stares. Even if the characters aren’t nearly as well developed as I’d like, you can feel the raw emotion through the way the artists draw their faces.

Even though Attack on Titan is a mature military fantasy, it still has its shonen predilections, especially in regards to Eren, Armin, and Mikasa; and that doesn’t sink the show by any means, but it does drop it a few points. The big goal of the characters is to reach the basement of Eren’s house, where his dad has presumably left a cache of research that could change the fate of humanity. And while the first season doesn’t get there – finishing such a solid 25 episodes makes you wonder if the journey is going to be worth what’s at the end. Reviewing this show solely based on season one, I can say Attack on Titan may be dour, brutal, nihilistic, and possibly too much for some; but it’s a journey well worth starting.

Whether it’s a journey worth ending – is for future reviews.

Final Rating: 3.75/4
Attack on Titan is available on Netflix, Crunchyroll, Funimation, or Tubi.