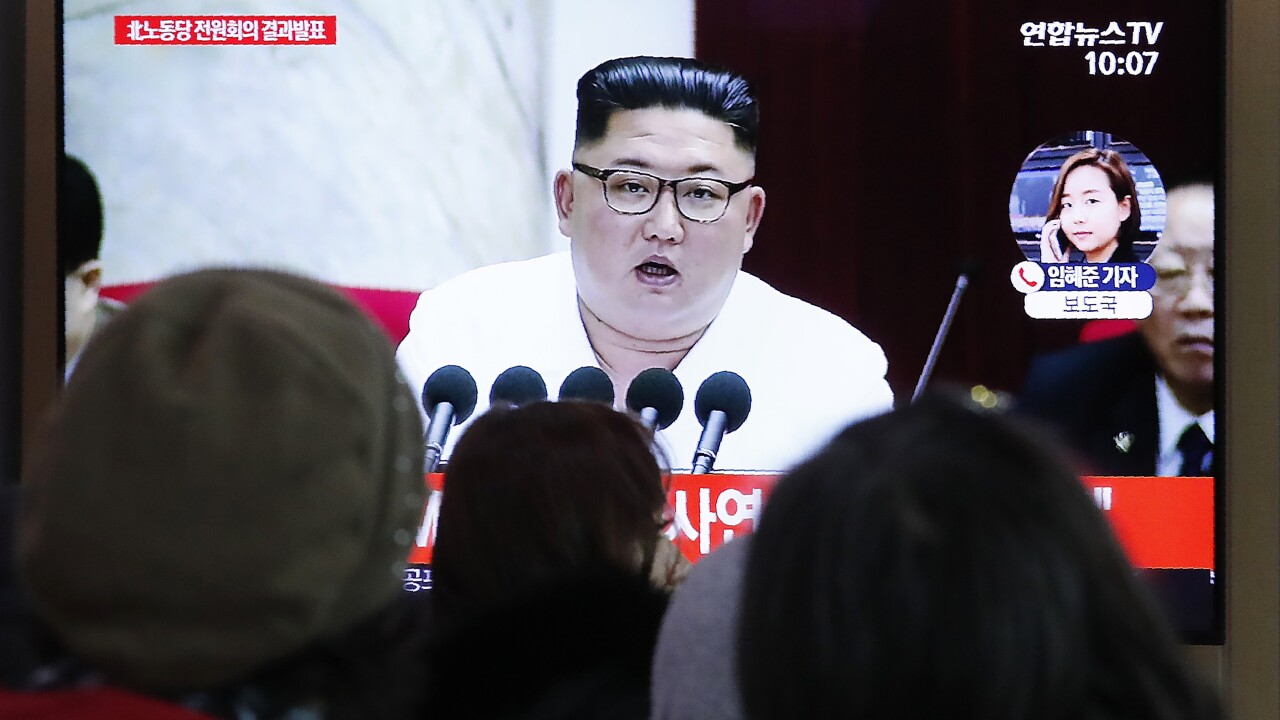 Copyright 2020 The Associated Press. All rights reserved.
Ahn Young-joon/AP
People watch a TV screen showing a file image of North Korean leader Kim Jong Un during a news program at the Seoul Railway Station in Seoul, South Korea, Wednesday, Jan. 1, 2020. Kim accused the Trump administration of dragging its feet in nuclear negotiations and warned that his country will soon show a new strategic weapon to the world as it bolsters its nuclear deterrent in the face of "gangster-like" U.S. pressure. (AP Photo/Ahn Young-joon)

North Korean state media says leader Kim Jong Un has made his first public appearance in 20 days amid rumors about his health.

The Korean Central News Agency said Saturday that he attended a ceremony marking the completion of a fertilizer factory near the capital of Pyongyang with other senior officials, including his sister, Kim Yo Jong.

Speculation about his health swirled after he missed the April 15 celebration of the birthday of his late grandfather and state founder, Kim Il Sung, the country’s most important holiday.