Save your receipt! AMPM apologizes for overcharging gas customer 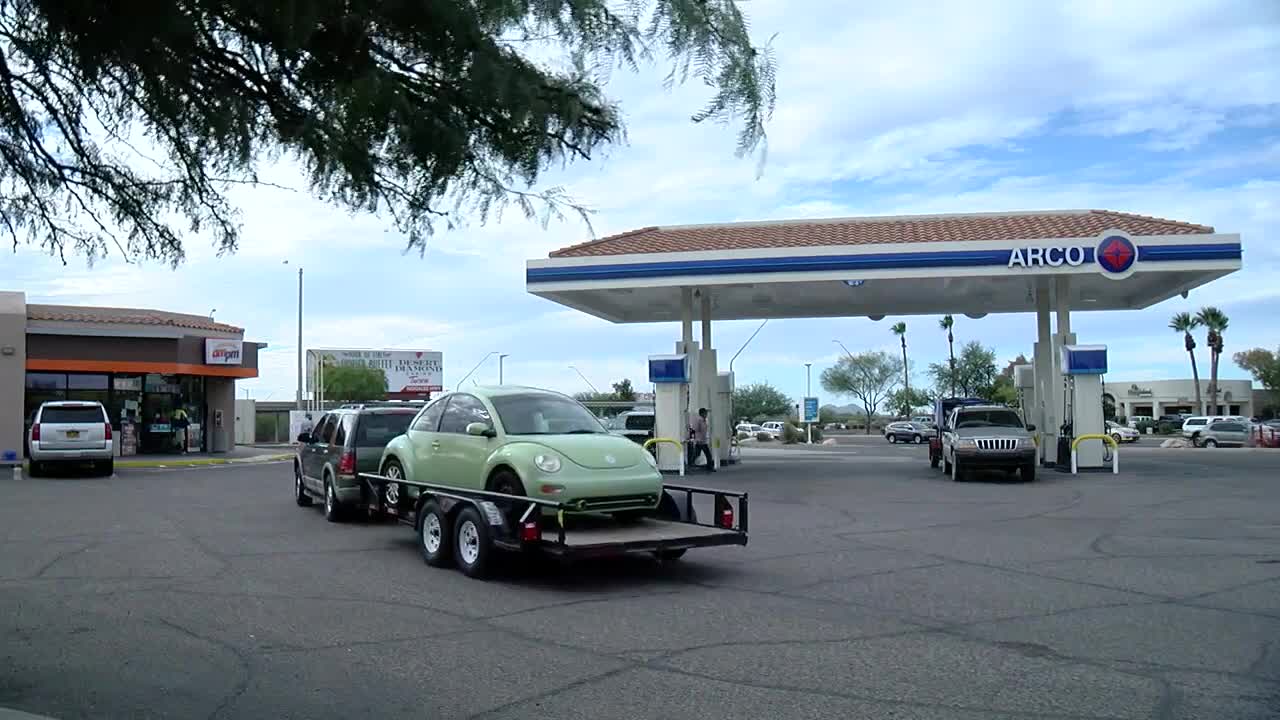 A man visiting Tucson says he was over charged at a local gas station and almost missed the charge.

TUCSON, Ariz. — A man visiting Tucson says he was over charged at a local gas station and almost missed the charge.

On Oct.r 23 Dennis McIntyre says he was in town for an Air Force conference and needed gas for his rental car. He decided to stop at the AMPM at the 2400 bock of East Valencia to fill up. McIntyre says the simple transaction quickly became complicated and he wanted to know why.

"I needed to get on the road to catch my flight in Phoenix, I was in a rush," he said. "I thought it was unusual that the pumps didn't take credit cards - it said it took debit cards. I had to go into the place and drop off the credit card. I had to leave my credit card with them which I thought was odd. I don't like to do that because people can skim them."

McIntyre went inside of the store for his receipt and was close to driving off when he decided to take a picture of the receipt for his expense reports. That's when he discovered that he pumped $21.37 in gas and was charged $31.37 exactly $10 more on his receipt.

"I noticed that the receipt wasn't a normal gas receipt it was a receipt that just had the amount on there and not the amount of fuel," he said. "I took a picture of the receipt with the gas pump. I told them what are you running here? I said how many times a day do you do this mistake and she said its just a mistake she voided the transaction."

The transaction was voided and McIntyre continued to ask questions and wanted an explanation for the discrepancy.

9 On Your Side called the owner of the store multiple times and was told by management that he was not available. Our team also reached out to AMPM corporate who sent the following statement:

ARCO® is committed to providing affordable, safe, and abundant energy for our customers. Each ARCO® station is individually owned and operated, and an honest mistake happened at this location. Once that mistake was identified, it was immediately addressed and corrected. We apologize for any inconvenience or confusion this may have caused.
Should customers have questions about any transaction at an ARCO® station, they are encouraged to contact the manager, or call 1-800-322-2726.

McIntyre says at the end of the day it's a lesson and he wants people to be aware and to always double check your receipts -- especially if you're traveling and are in a hurry to get to the airport.

"To be honest if I hadn't been looking I never would have caught it because there's no reason for me to go ahead and suspect that what she charged me is different from what was on the tank," McIntyre said.