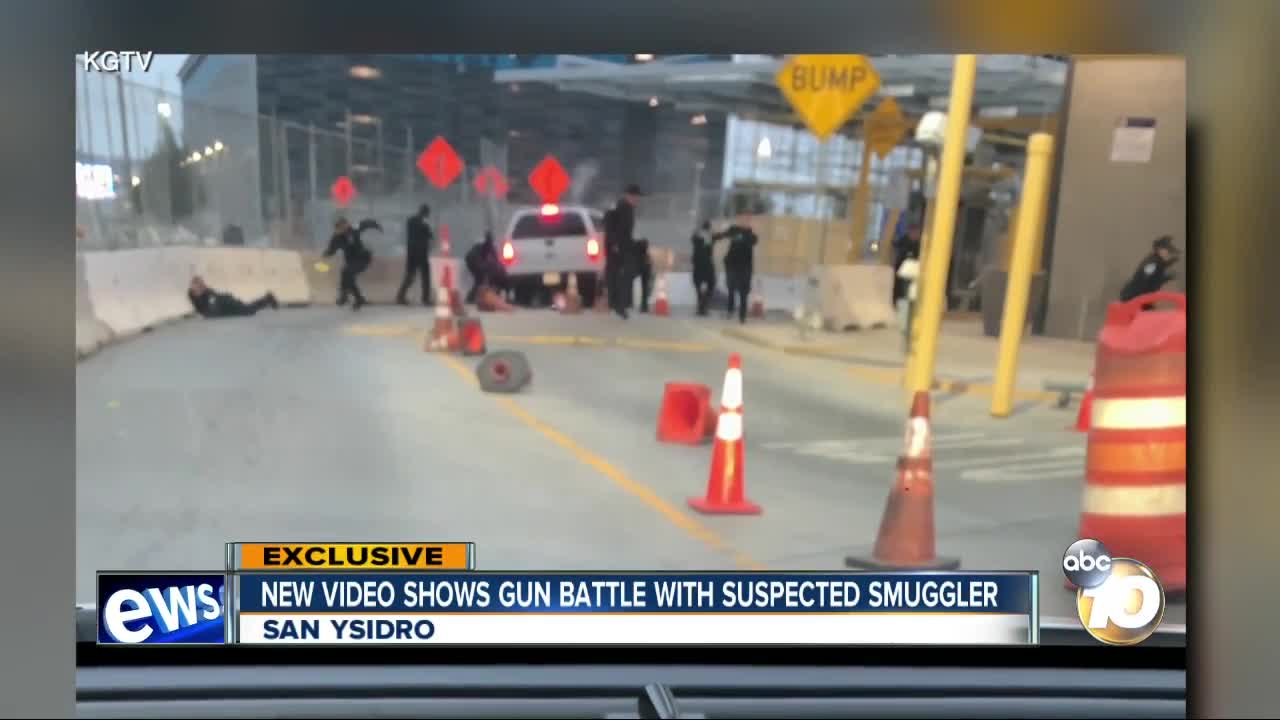 New video shows a gun battle with a suspected smuggler at the border. 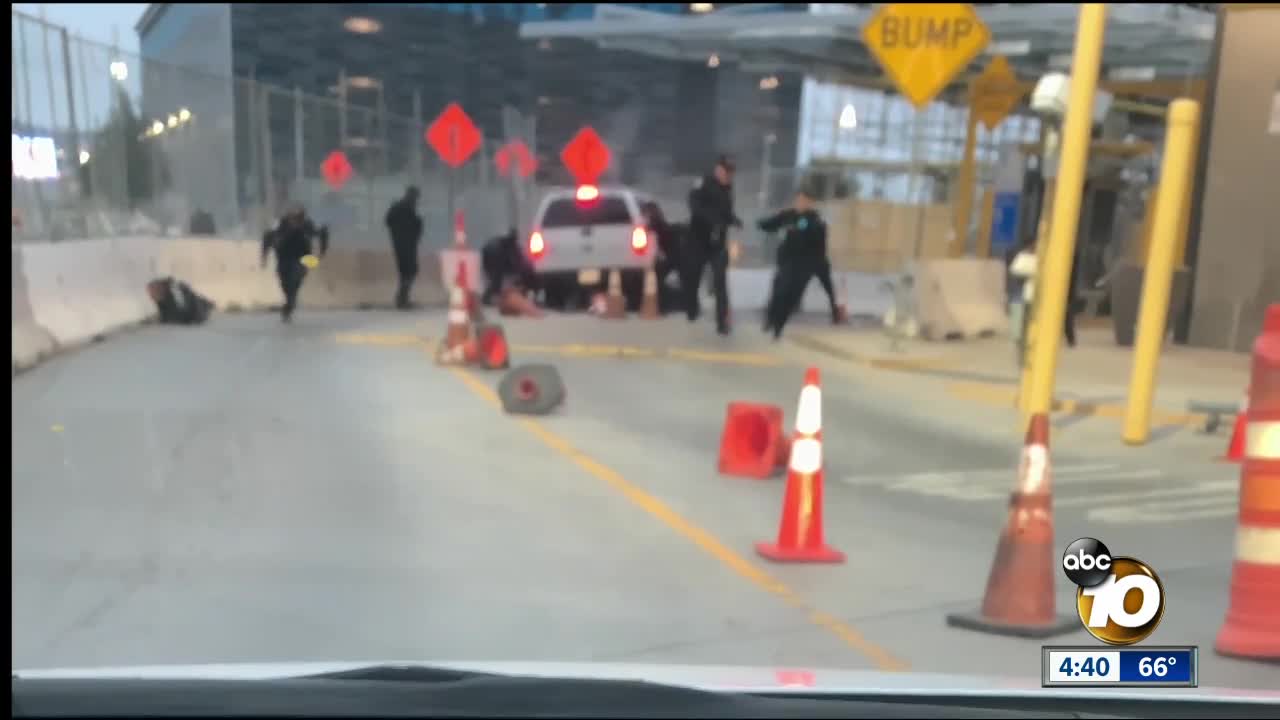 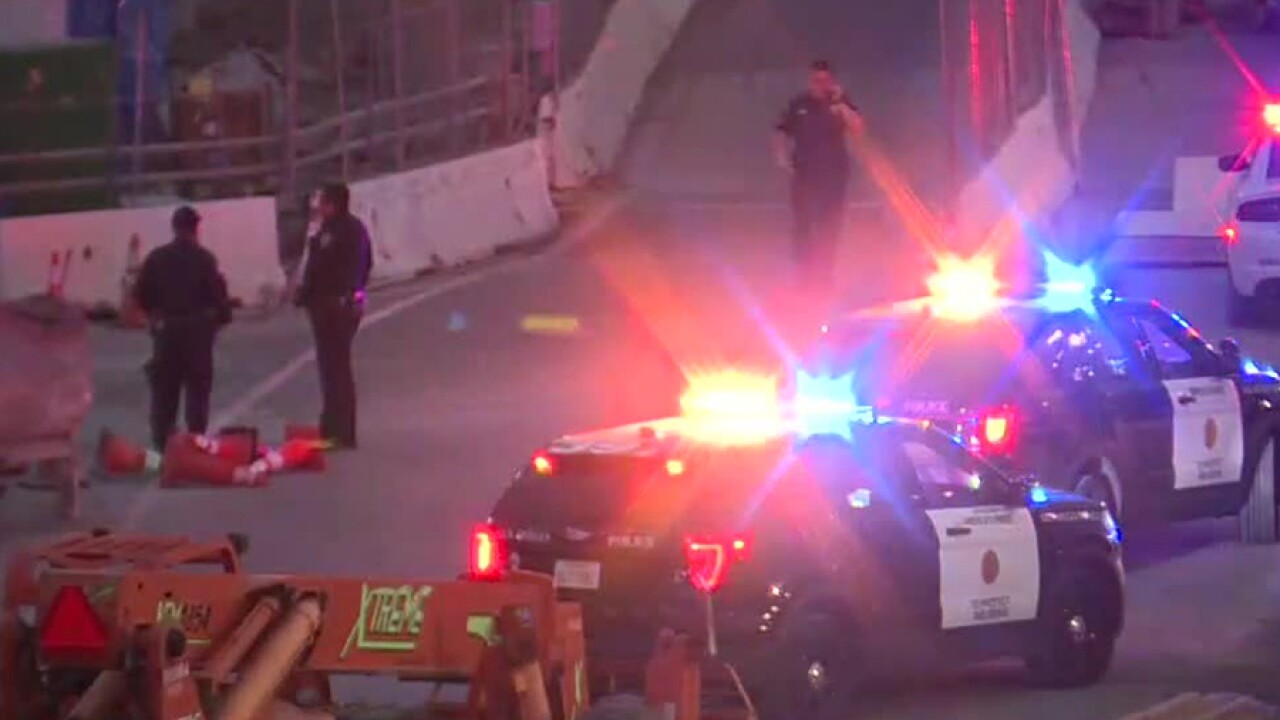 SAN DIEGO (KGTV) — The man suspected of opening fire on U.S. Customs and Border Protection agents at the border Monday has been named.

San Diego Police say 23-year-old Travis James Eckstein, a U.S. citizen, was shot and killed during a shootout with CBP officers Monday at the San Ysidro Port of Entry. Eckstein was driving from Mexico into the U.S. and refused to stop for officers. Officers say Eckstein tried to drive through an inspection area, before a vehicle blocked his exit.

He then began to fire on officers before he exited his vehicle continued shooting. Officers returned fire and struck Eckstein.

RELATED: Suspected gunman killed in shootout at San Ysidro Port of Entry identified as US citizen

We spoke exclusively with a man who witnessed and recorded the gun battle on his cell phone. He said he was driving back home to Chula Vista from Mexico on Monday evening. Moments after he cleared customs, he said he saw a white truck blaze past him. He immediately saw CBP agents throw out spike strips on the ground and the driver of the truck crash into another vehicle.

Seconds after two separate shootouts, our viewer saw agents dragging Eckstein onto the sidewalk. Meanwhile, other officers were pointing their guns at the bullet-ridden truck, addressing the passengers.

Two male Chinese nationals, ages 18 and 27, were found in the rear of Eckstein's truck and were interviewed and released to CBP officials.

First responders attempted life-saving measures on Eckstein, but he did not survive his injuries.

Seven CBP officers were involved in the shooting but, miraculously, none were injured.

“The CBP officers risked their own lives to protect the public from this gunman,” Pete Flores, Director of Field Operations, said in a release. “Human smuggling is always dangerous. This unfortunate incident demonstrates the total disregard smuggling organizations have for what they consider to be cargo.”

RELATED: Man killed in shootout with CBP officers at Port of Entry

A motive for the shooting was still under investigation Wednesday.

“We are all All Shocked, Devastated & Heartbroken! Travis has struggled for many Years with depression and was recently diagnosed as bipolar. He also had many concussions, his Brain didn’t Think like a Normal Person.”

“We weren’t okay with the choices Travis had made. We refused to enable and fuel his bad behavior, but he is still my son, allow us to grieve.”