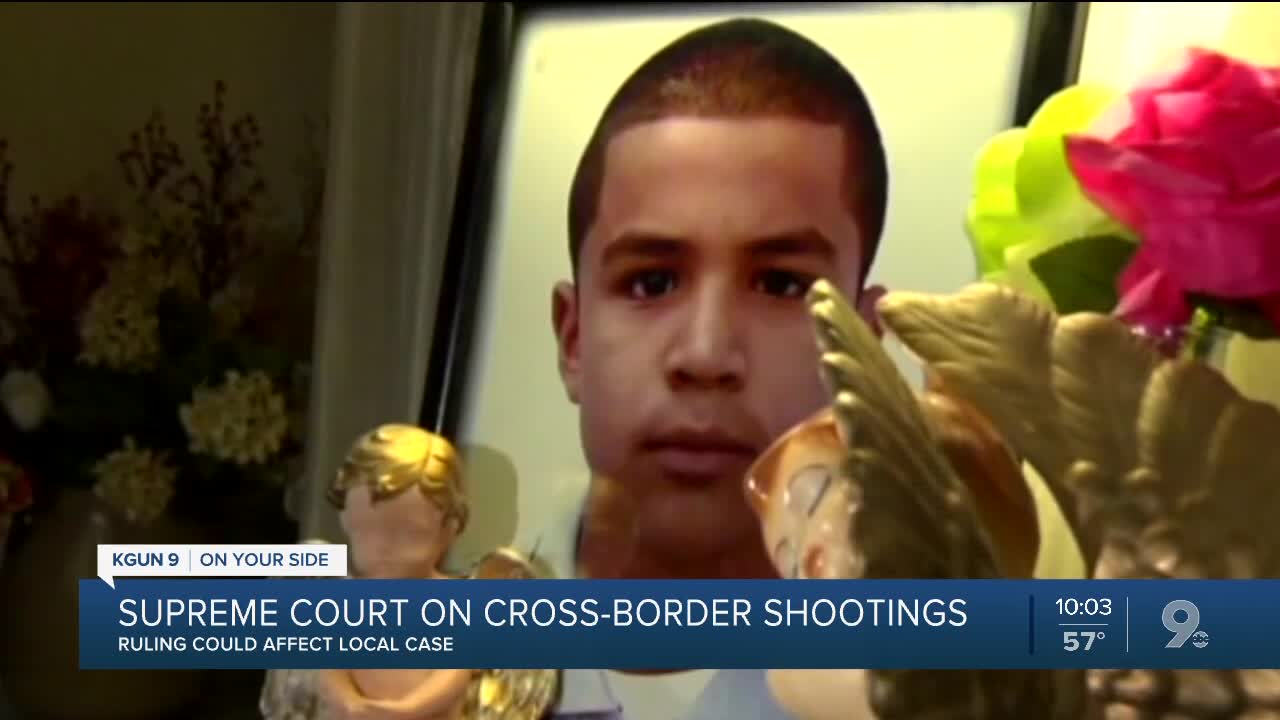 TUCSON, Ariz. — Jose Antonio Elena-Rodriguez was shot and killed in 2012.

The 16-year-old was throwing rocks across the U.S./Mexican border.

The border patrol agent charged with shooting him was found 'not guilty' of involuntary manslaughter in that case.

A new ruling by the U.S. Supreme Court might protect that agent from lawsuit by Elena-Rodriguez' family.

"In essence the courtroom door has been shut in the United States to families such as the Elena-Rodriguez family," said Luis Parra

He is the attorney for the Elena-Rodriguez family.

He's been following the most recent case argued before the U.S. Supreme Court.

The circumstances are very similar to that of his clients: a cross-border shooting, a Mexican victim, a border patrol agent accused.

The implications of that case out of Texas could be very similar for his client.

"They remain hopeful that in some manner or another, there will be justice for Jose Antonio," Parra said.

He says this latest ruling by the U.S Supreme Court will make it harder for families to hold any Border Patrol agent accountable, in the United States.

Parra said there might be another avenue for a victim's family.

"A family in a similar cross-border shooting context would probably do well by seeking relief or remedy in Mexican courts."

Alito argued that any instance of a cross-border shooting, while tragic, should be an issue of border security and international relations.