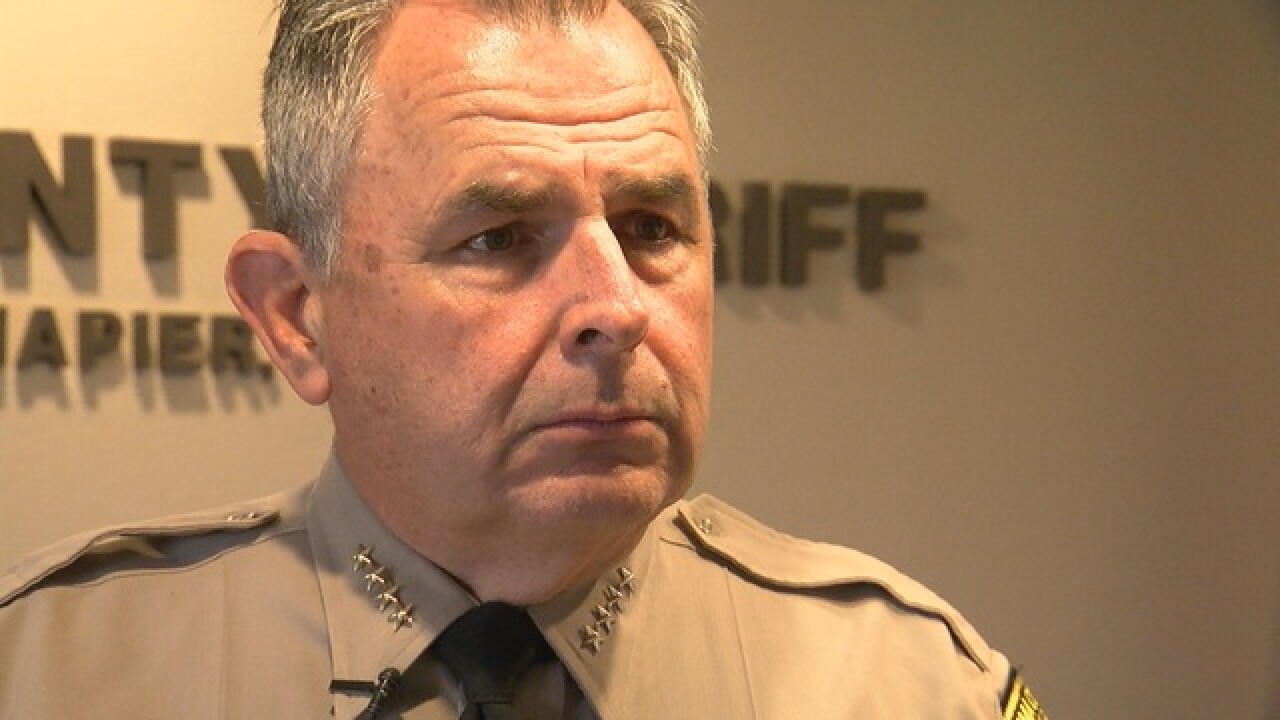 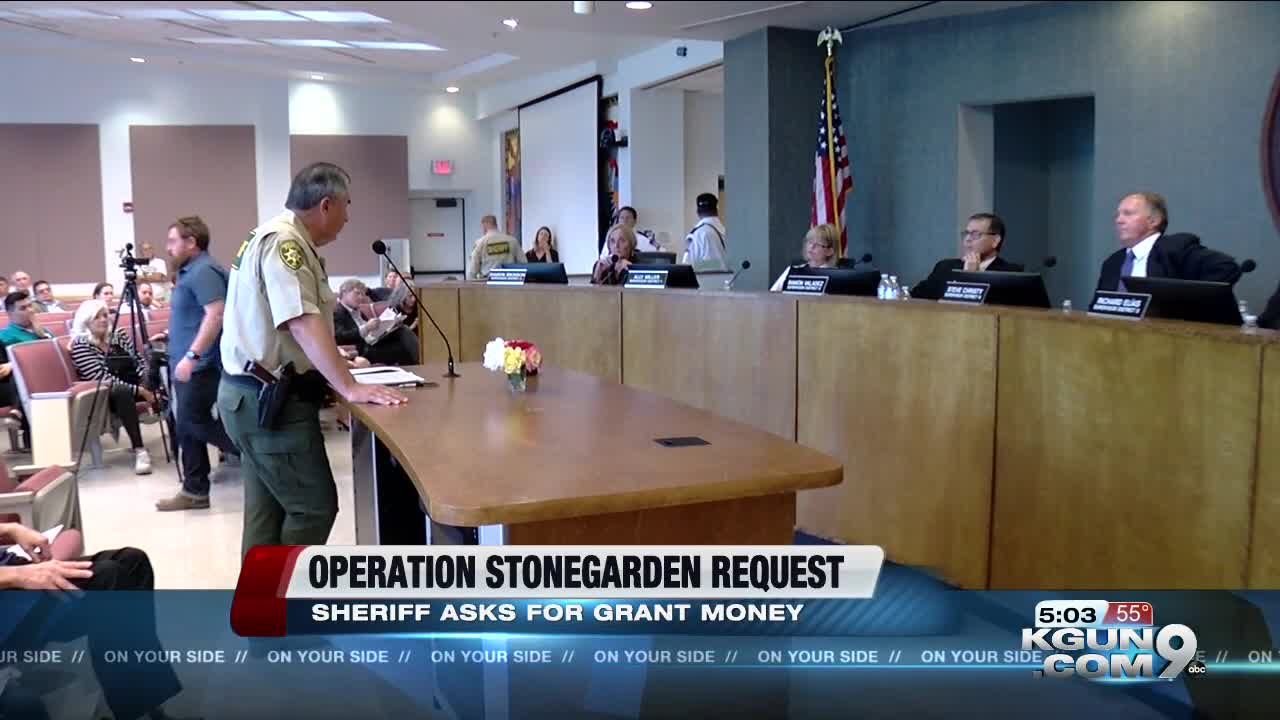 TUCSON, Ariz. — Correction: We originally reported the Operation Stonegarden grant would have provided $2.4 million in funding.

The Pima County Sheriff's Department will soon run out of federal funding for immigration enforcement, and the Sheriff is now asking the board for help.

Operation Stonegarden is a federal program that provides grants to local law enforcement agencies who help with border enforcement. PCSD is one of those agencies, but its funding from a previous year is set to run out at the end of February, Sheriff Mark Napier says.

That means the Pima County Board of Supervisors will need to make another decision on the topic soon.

Stonegarden was a contentious issue for the board last year, with many residents voicing opposition. They told board members they don't want the county involved in what they consider to be immoral activities by border enforcement agencies.

But Napier told the board that the Stonegarden funds were critical for his department, and the money had already been allocated.

The board decided to strike a compromise in May -- accepting the nearly $2 Million in Stonegarden funding, but only if the federal government granted an additional $200,000 for humanitarian aid.

In November, the county learned that the federal government had denied that request, voiding the board's approval of the Stonegarden funding all together. That means PCSD may soon find a hole in its budget come March, so Napier is asking the Board of Supervisors to revisit the issue once more.

On Thursday, Pima County Administrator Chuck Huckelberry formally submitted a request for the board to do just that.