Over 3,000 more US troops headed to southern border 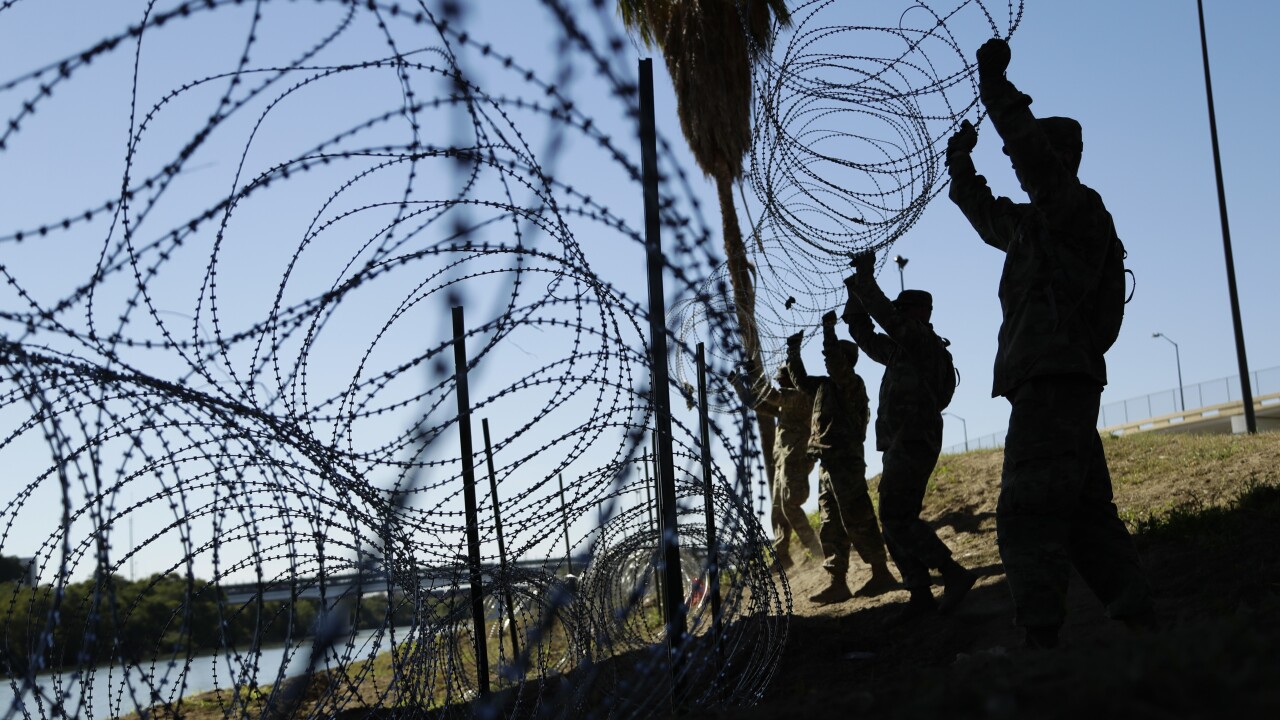 Eric Gay/AP
FILE - In this Nov. 16, 2018, file photo, members of the U.S. military install multiple tiers of concertina wire along the banks of the Rio Grande near the Juarez-Lincoln Bridge at the U.S.-Mexico border in Laredo, Texas. Acting Defense Secretary Pat Shanahan says the U.S. will be sending "several thousand" more American troops to the southern border to provide additional support to Homeland Security. He says the troops will mainly be used to install additional wire barriers and provide increased surveillance of the area. (AP Photo/Eric Gay, File)

Over 3,000 additional active duty troops will be deployed to the southern US border to bolster security, joining the 2,300 troops already there, several defense officials tell CNN.

The Pentagon's decision to not reveal the size of the increase during a hearing before the House Armed Services Committee on Tuesday was slammed by the committee's chairman, Democratic Rep. Adam Smith of Washington.

More troops being sent to the Southern Border to stop the attempted Invasion of Illegals, through large Caravans, into our Country. We have stopped the previous Caravans, and we will stop these also. With a Wall it would be soooo much easier and less expensive. Being Built!

"The Members of the Committee would have been extremely interested in discussing what the 3,500 troops going to the border in response to DHS's latest request will be doing there," Smith wrote in a letter to acting Secretary of Defense Pat Shanahan.

A defense official confirmed the number of additional troops will be approximately 3,500.

"This is a violation of the executive branch's obligation to be transparent with Congress, which oversees, authorizes, and funds its operations," Smith added.