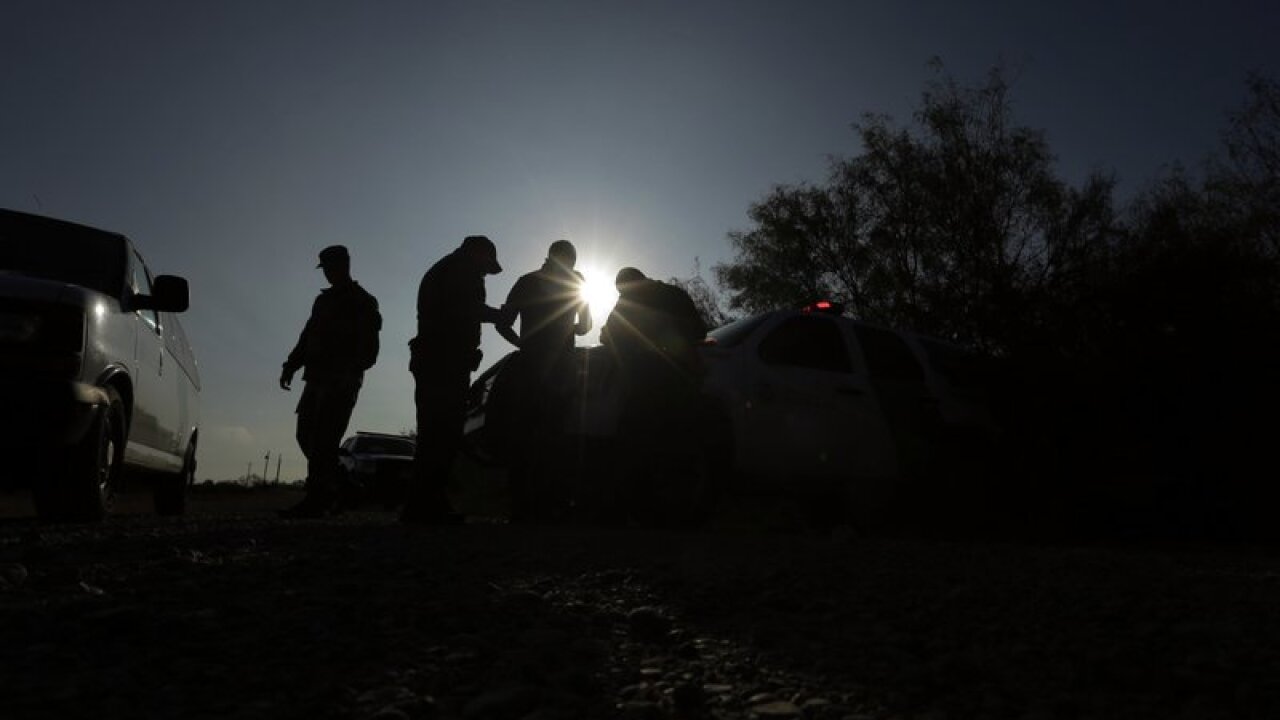 (AP Photo/Eric Gay, File)
FILE - In this Nov. 6, 2019 file photo, Border Patrol agents apprehend a man thought to have entered the country illegally, near McAllen, Texas, along the U.S.-Mexico border. Immigration authorities are starting to ship asylum seekers who cross the border through Arizona to Texas, where they can be sent to Mexico to await their court hearings in the U.S. The government said its highly criticized program known colloquially as Remain in Mexico is now in effect all across the southwestern border. (AP Photo/Eric Gay, File)

A man who was part of a human smuggling operation was sentenced to 10 years in prison in Tucson federal court Tuesday.

Prosecutors say Audias Sanchez-Collins and 26 others charged in the case smuggled around 150 undocumented migrants into the U.S., including 13 children. The group also laundered over $1 million made in the case.

Sanchez-Collins was a leader of the smuggling operation, the U.S. Attorney's office says.