Inside the migrant shelter at the Benedictine Monastery 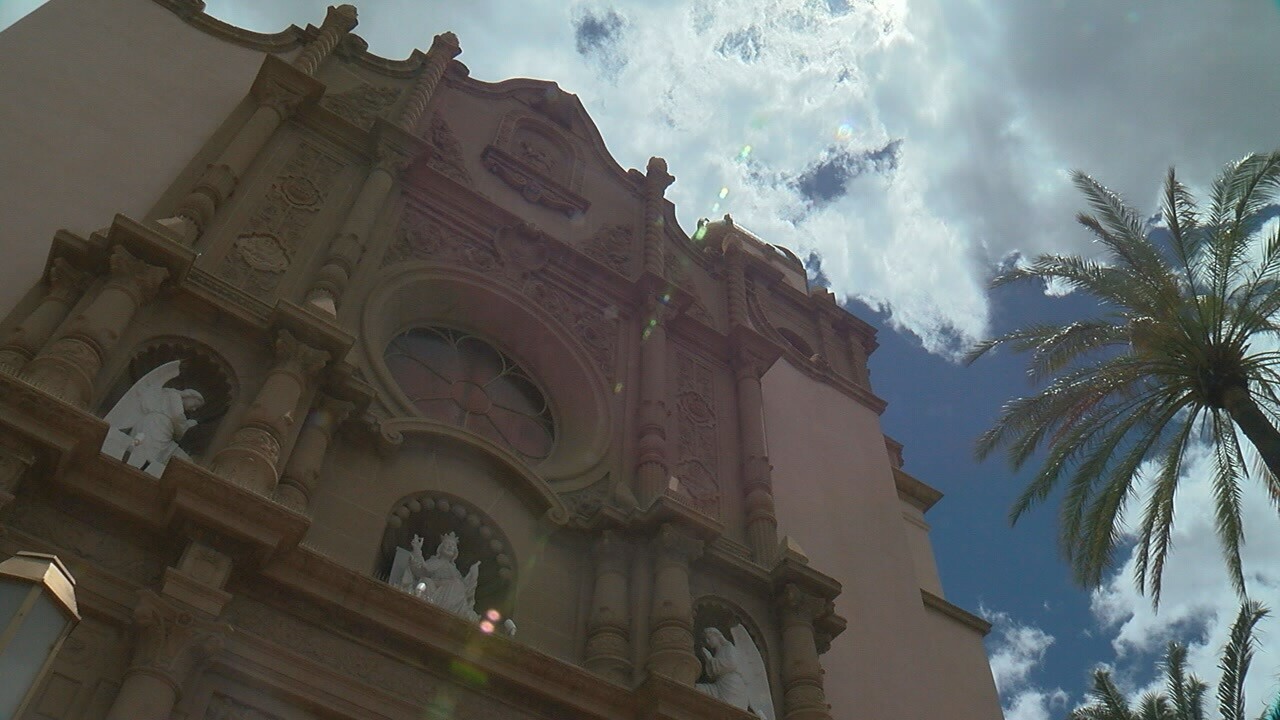 TUCSON, Ariz. — Volunteers will tell you there's no such thing as an average day at the Benedictine Monastery in Tucson.

On a Tuesday afternoon in May, families met with volunteers in the chapel to go over immigration documents while others waited in a nearby room to get a medical exam.

One woman KGUN9 met traveled from Guatemala with her 8-year-old daughter. She says it took them 11 days to get to the U.S.-Mexico border from her home country.

"For me the country [Guatemala] is very beautiful, the hard part is that there's a lot of violence," she said in Spanish. "And if you live in one of those areas you don't earn anything, you live only for food."

She's one of the migrants who's been released by federal officials at the monastery. It's now a temporary home for Casa Alitas.

It's a program run through Catholic Community Services of Southern Arizona.

"We started, kind of loosely, in the summer of 2014 when the community observed that ICE was dropping off about 35 to 50 folks at the bus station every day who needed assistance," Teresa Cavendish said.

Cavendish is the director of operations for the organization and says the goal is to make sure people don't get released on the street with no resources. They have a good working relationship with Border Patrol and U.S. Customs and Immigration Enforcement, she said.

Since December 2014 volunteers have taken in almost 15,000 people. Cavendish says this year alone that includes around 7,600 people.

Most of them are from Guatemala, El Salvador, Honduras or central or southern Mexico.

"There's a lot of violence, there's very deep poverty, there's extortion, assaults," Cavendish said. "They're losing their homes, their families are not eating every day of the week. You know these families are feeling very desperate."

With the help of donations from the community, the monastery is a place for them to eat, sleep and make travel arrangements so they can meet family or a sponsor before an immigration hearing.

One thing Cavendish says has changed in the last month is Border Patrol is now releasing migrants independently of ICE. Below is a statement from the agency:

CBP is facing an alarming trend in in the rising volume of people illegally crossing our Southwest Border. The arriving flow is made up primarily of Central American families and unaccompanied children. This stark and increasing shift to more vulnerable populations, combined with the overwhelming numbers, and inadequate capacity to detain families and children has created a humanitarian and border security crisis. The increase in apprehensions is taxing the entire immigration system, especially the capabilities of ICE and CBP, creating an untenable situation for both CBP personnel and migrants.

For the first time in over a decade, CBP is performing direct releases of migrants when ICE has reached capacity in order to proactively and adequately address the humanitarian and holding capacity issues. Tucson Sector BorderPatrol relies on partnerships with local non-governmental organizations (NGO) to assist in this process. If NGOs are unable to assist, the Tucson Sector Border Patrol releases migrants to a carefully considered location offering minimal impact to the local community and the migrants being released. All possible care is given to release migrants in a safe and humanitarian manner.

Meantime the woman KGUN9 met from Guatemala is traveling to New Jersey where she will look for work.

"I like too cook, I like to work in a kitchen," she said. "The idea is to work and be someone that helps this country."

For now the monastery is just a temporary shelter. Casa Alitas will operate out of the property until the end of July when the developer needs to start work on the property.

The group is working with others in the community to find a suitable space.