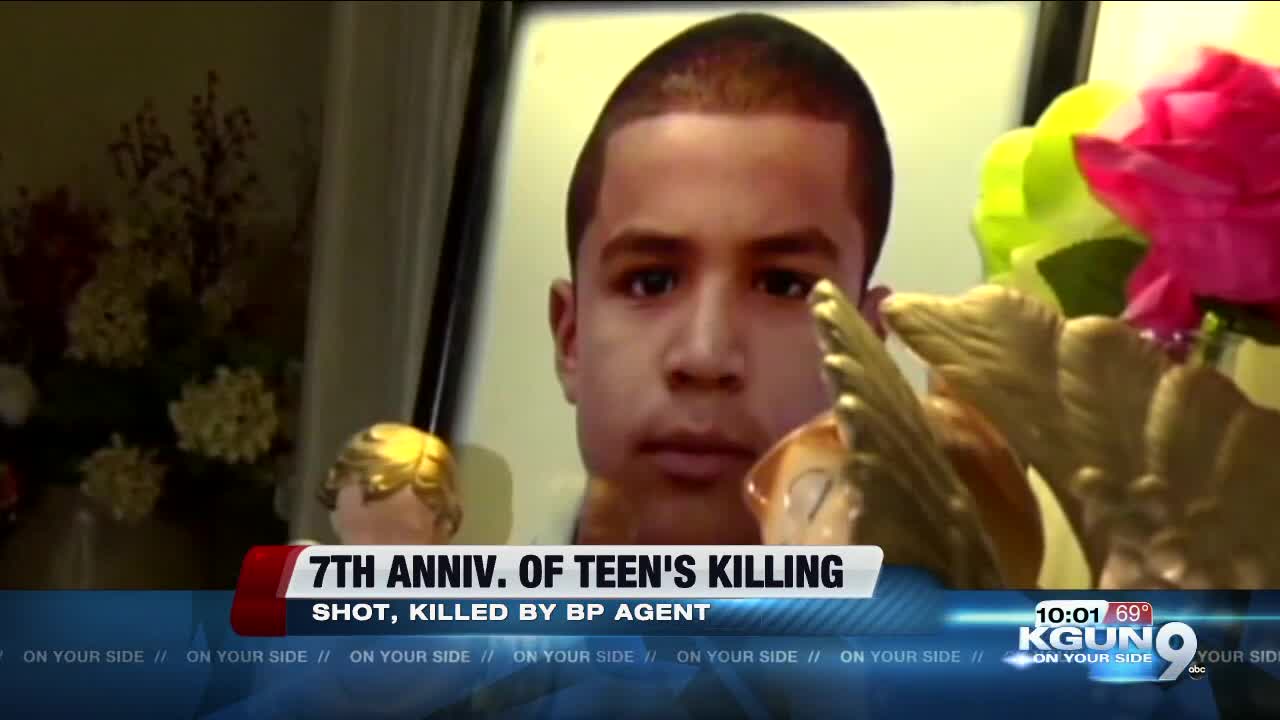 Just on the other side of the border, in Nogales, Sonora, hangs a painting of a 16-year-old boy. 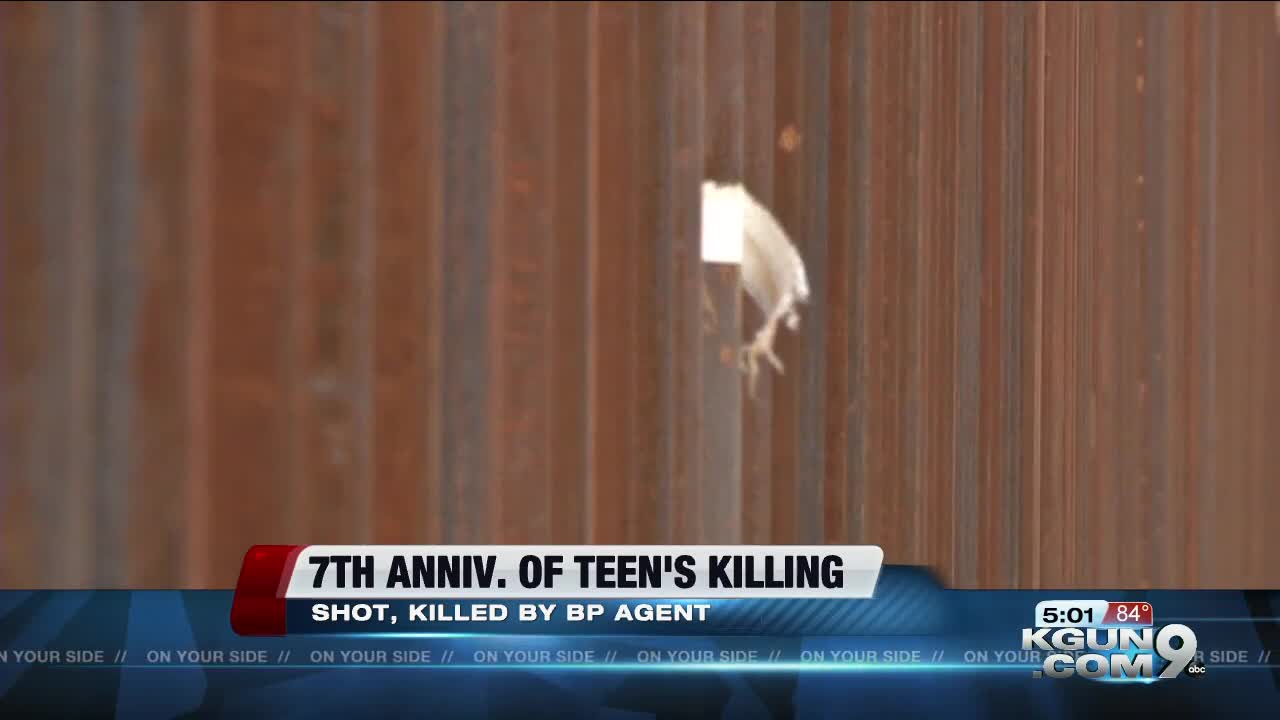 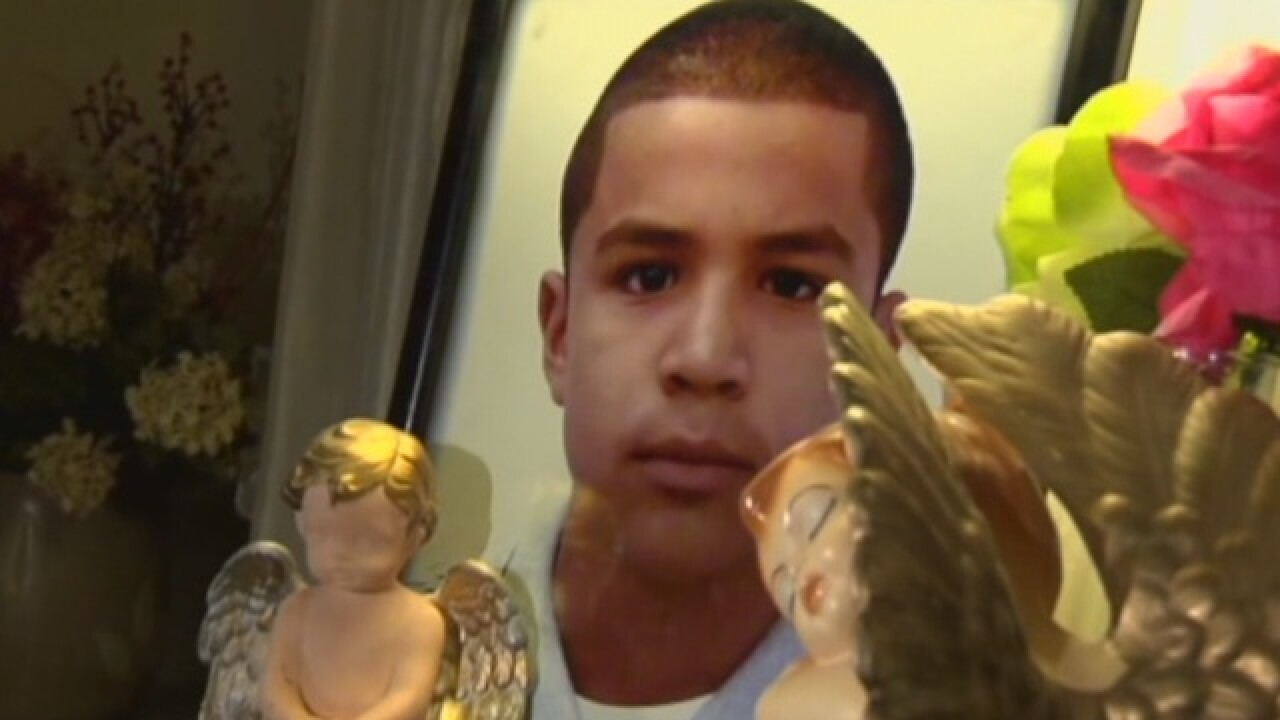 NOGALES, Son. — Just on the other side of the border, in Nogales, Sonora, hangs a painting of a 16-year-old boy.

Jose Antonio Elena Rodriguez was standing across the street, when he was shot and killed by a Border Patrol agent. His death in 2012 made international headlines.

The teen's family gathers in the spot on the 10th of every month, to remember him. But Thursday's vigil was different; it marks the 7th anniversary of his death.

Jose Antonio Elena Rodriguez’s mother places roses at her son’s memorial site in Nogales, Sonora. Today marks 7 years since he was shot and killed by a BP agent pic.twitter.com/72amvxbe2b

According to federal court testimony, in 2012, people on the Mexican side of the fence were throwing rocks to interfere with Border Patrol agents.

Agent Lonnie Swartz said when he fired 16 shots across the border, he was protecting himself and other officers. Prosecutors argued the threat was not severe enough to justify deadly force.

Swartz went to trial twice, and was found not guilty of manslaughter.

Elena Rodriguez's grandmother, Tiede Elena, says the past seven years have been a really difficult experience for the family. She says they're still fighting for justice.

Jose Antonio Elena Rodriguez’s grandmother tells me this painting of him by the border fence was retouched today, in time for the 7 year anniversary of his death. Border Patrol Agent Lonnie Swartz fired 16 times through the fence in 2012, killing the teen pic.twitter.com/ArDAs1IMaK

The U.S. Supreme Court will deliberate next month whether people shot and killed in Mexico by Border Patrol agents, can sue in the United States.

That decision would determine if Elena Rodriguez's family could move forward with a civil lawsuit against Swartz.