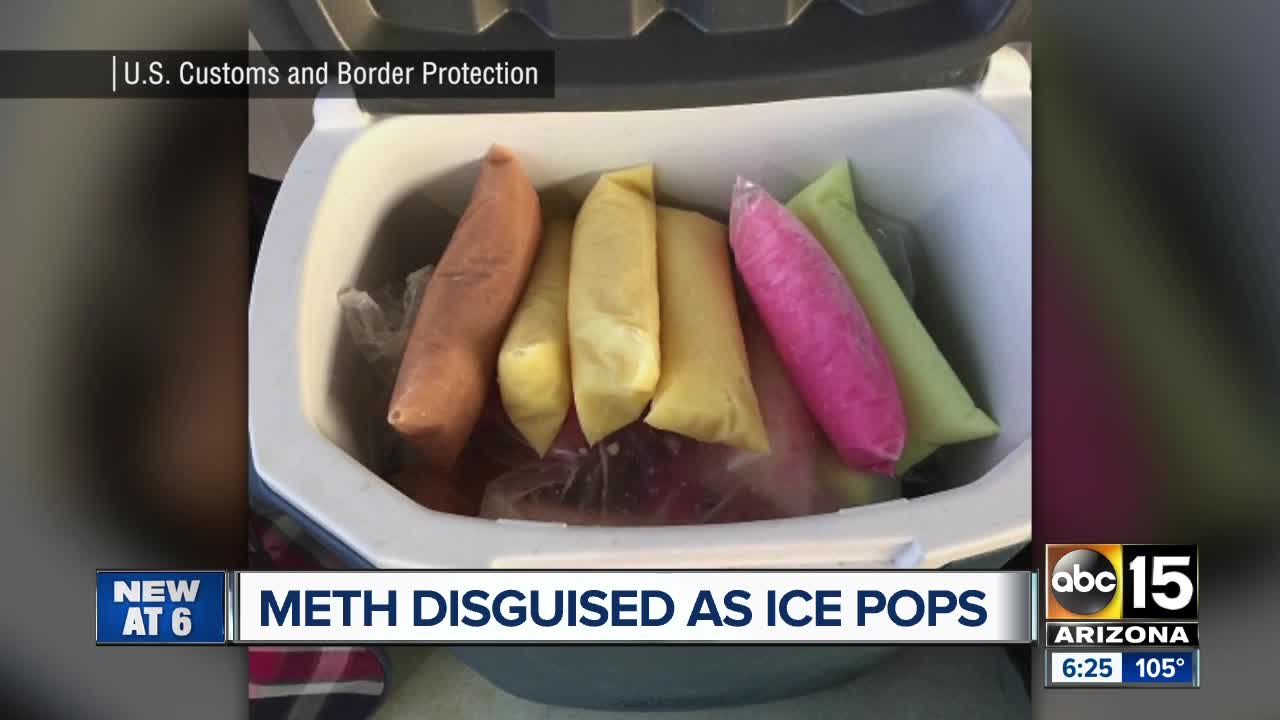 Authorities arrested two people over the weekend for transporting meth disguised as a cool treat. 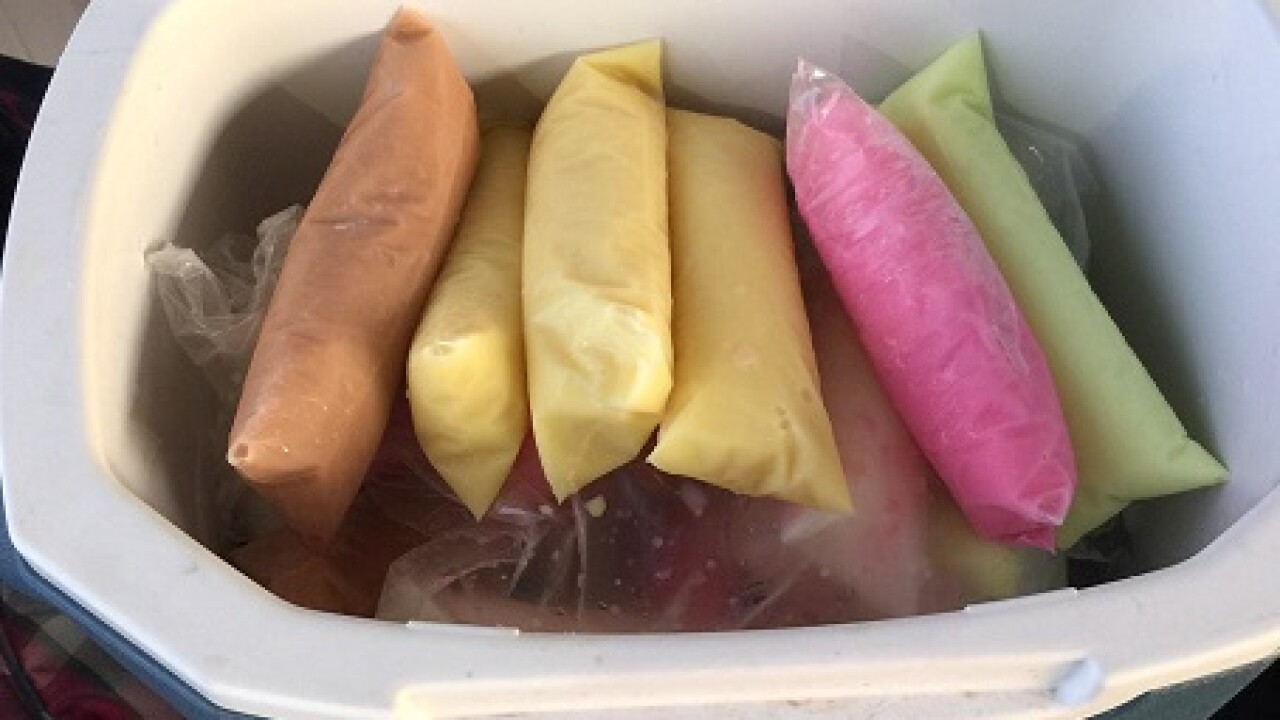 Authorities arrested two people over the weekend for transporting meth disguised as a cool treat.

According to a release from U.S. Customs and Border Protection, two people in a car were stopped at a checkpoint on Highway 78 near Blythe on Sunday.

CBP says one of its canines alerted to an odor it was trained to detect. Agents opened a cooler containing brightly-colored bags designed to resemble ice pops.

The bags were determined to contain more than nine pounds of methamphetamine.

The two people, a 28-year-old woman an a 38-year-old man, were arrested. One is a lawful permanent resident and the other is a U.S. citizen, CBP said, though officials did not specify which was which.