Community whose members were attacked in Mexico has history with cartels, UArizona expert says 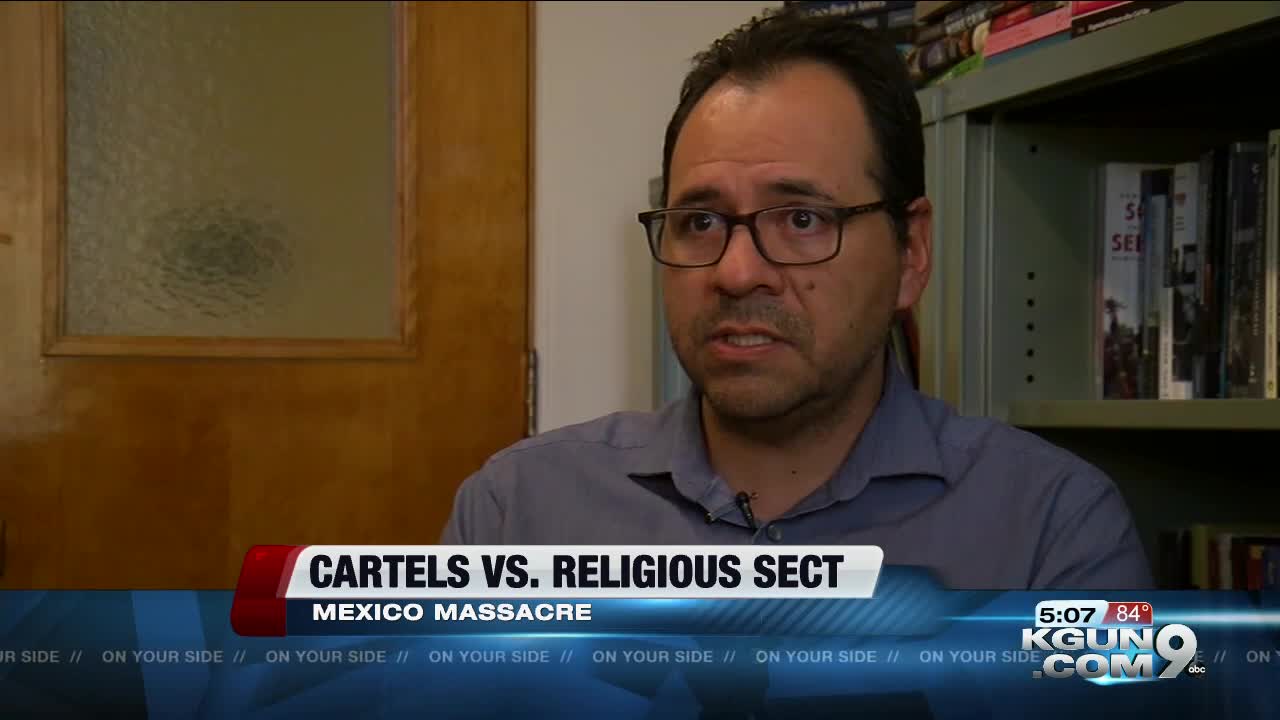 A University of Arizona professor is providing new insight into the suspected cartel attack that left nine U.S. citizens dead in Mexico.

The attacks in Mexico reflect drug wars -- where non-cartel members are more and more likely to be caught in the violence. That's the conclusion of a University of Arizona professor who studied the cartels and their impact.

Dr. Javier Osorio of the University of Arizona School of Government says the offshoot Mormon community involved in this latest attack established itself in Mexico more than a hundred years ago. They developed large, valuable farms and ranches.

In recent years, drug gangs looking for new ways to make money targeted groups like this breakaway Mormon community for kidnapping and extortion -- and the group fought back.

"Back in 2009, they were very outspoken and resistant against cartels coming into their communities," Dr. Osorio said. "And these are pretty much a cultural business. Ranchers -- they are used to having guns for hunting, so they organized themselves to protect their communities -- sometimes bearing weapons."

Dr. Osorio says 10 years ago, cartel members killed one of the leaders of the offshoot Mormon community.

He says the heart of the community is in an area -- two different cartels are fighting over -- because it's in the middle of a valuable drug smuggling route.