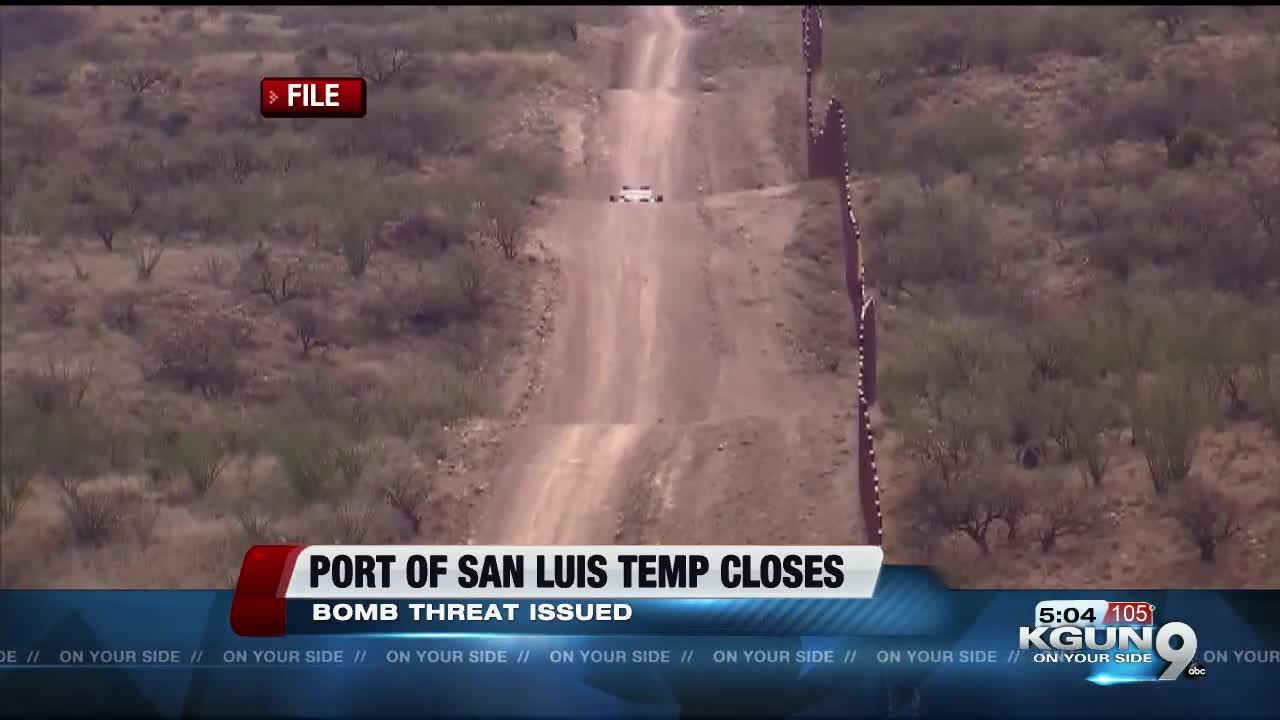 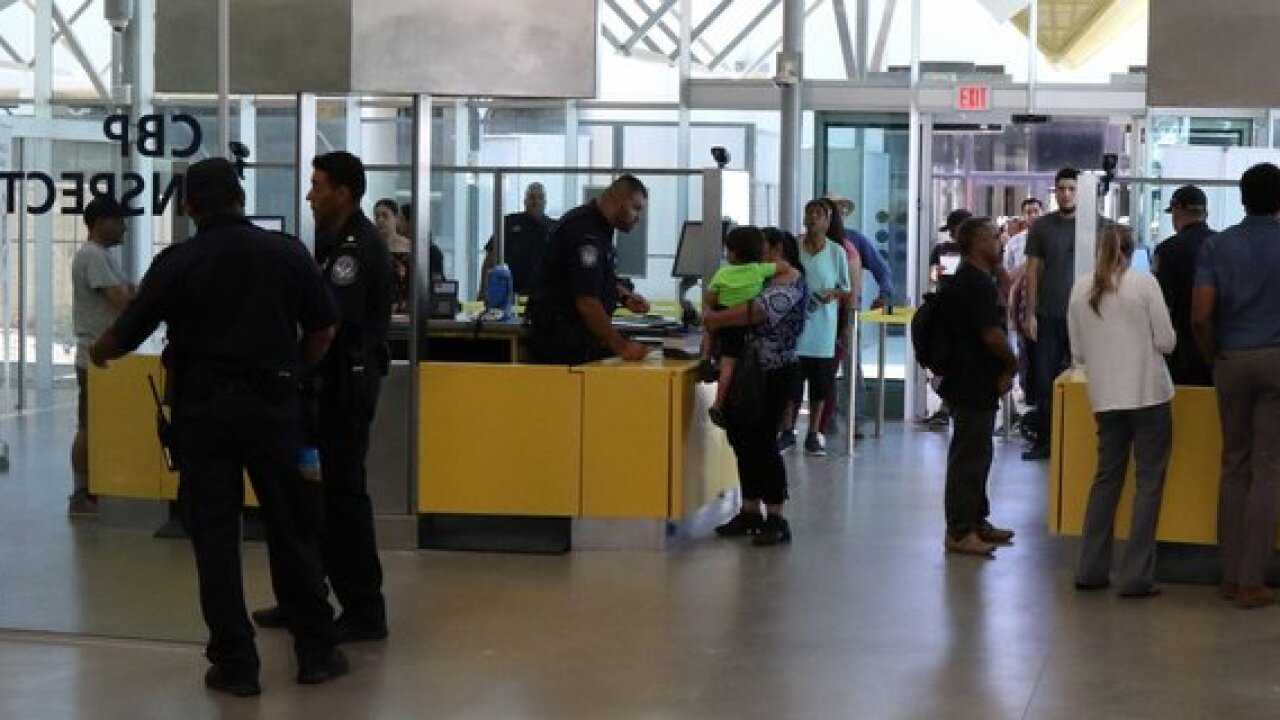 A tweet from Customs and Border Protection (CBP) just after 12 p.m. says operations at the Port of San Luis near Yuma are being suspended due to a "public security concern."

CBP officials later clarified that the shutdown was due to a bomb threat. The Yuma Marine Corps Air Station's Bomb Detection Team searched the facilities and found nothing of note. The FBI is investigating the incident.

The Port of San Luis has temporarily suspended operations due to a public safety concern. CBP will advise the public when operations resume.