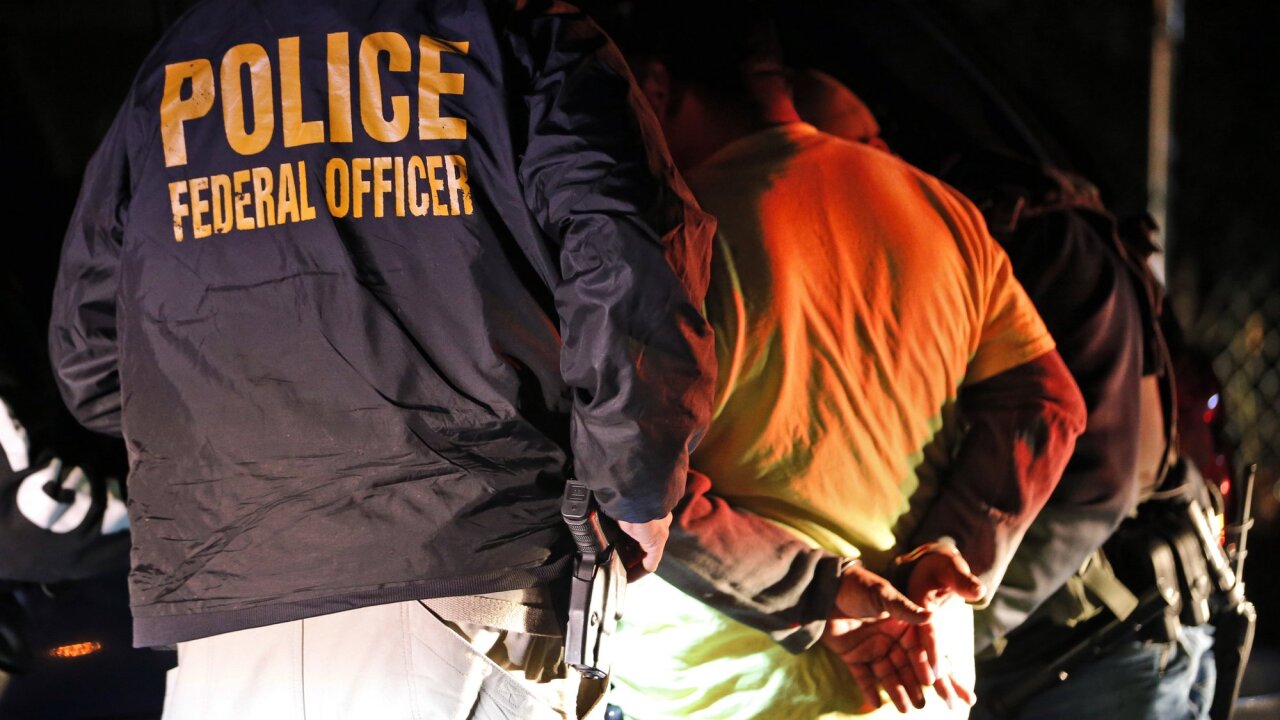 (Copyright 2020 The Associated Press. All rights reserved. This material may not be published, broadcast, rewritten or redistributed.)
Steve Helber
In this Oct. 22, 2018, photo U.S. Immigration and Customs Enforcement agents surround and detain a person during a raid in Richmond, Va. ICE&#39;s enforcement and removal operations, like the five-person field office team outside Richmond, hunt people in the U.S. illegally, some of whom have been here for decades, working and raising families. Carrying out President Donald Trump&#39;s hard-line immigration policies has exposed ICE to unprecedented public scrutiny and criticism, even though officers say they&#39;re doing largely the same job they did before the election, prioritizing criminals. (AP Photo/Steve Helber)

ELOY, Ariz. (AP) - The departure of California prison inmates from an Arizona correctional center is expected to leave more room for Immigration and Customs Enforcement detainees.

The Casa Grande Dispatch reports that up to 2,500 beds at the La Palma Correctional Center could be available for ICE detainees after California announced plans in June remove their inmates.

Owner CoreCivic Inc. has said no families or unaccompanied minors would be placed in the facility southeast of Phoenix. The private prison started housing ICE detainees under a contract with the federal government in 2018.

CoreCivic spokesman Brandon Bissell says no layoffs or closures are expected at 3,060-bed the facility that was originally built to house California inmates.