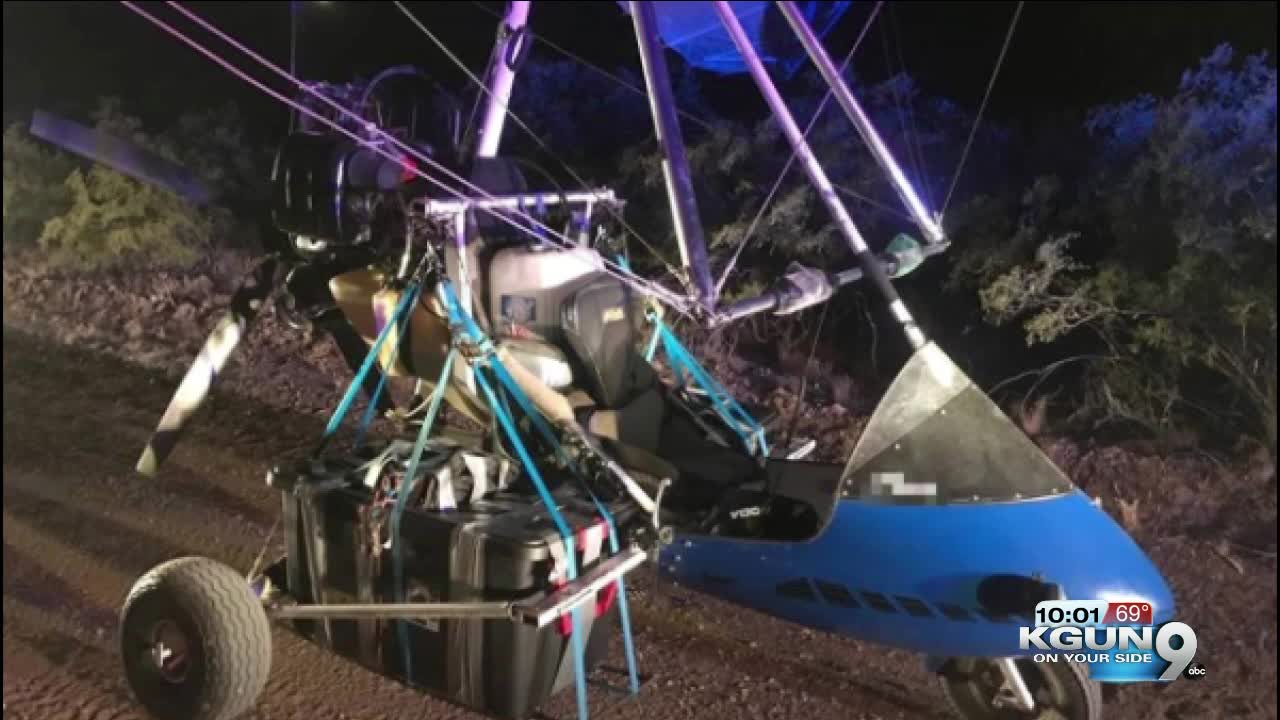 Authorities seized an ultralight carrying a half-million dollars worth of illegal drugs shortly after it touched down near Tucson on Thursday night. 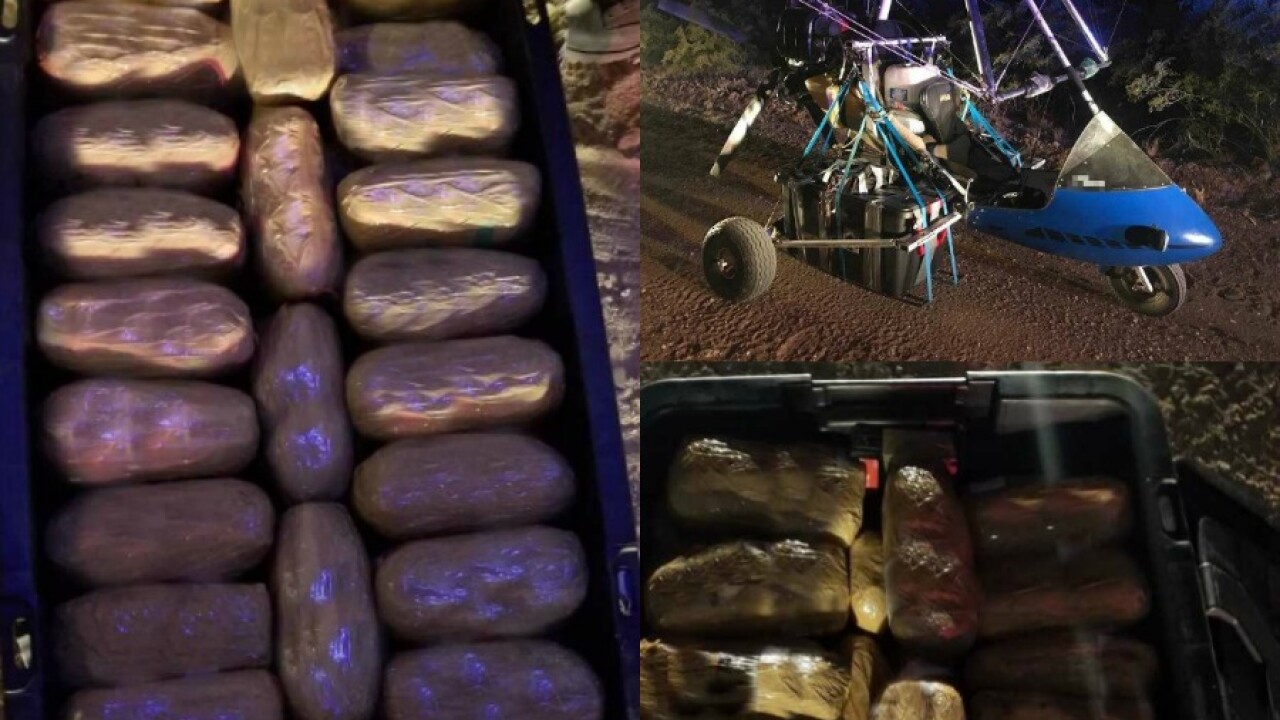 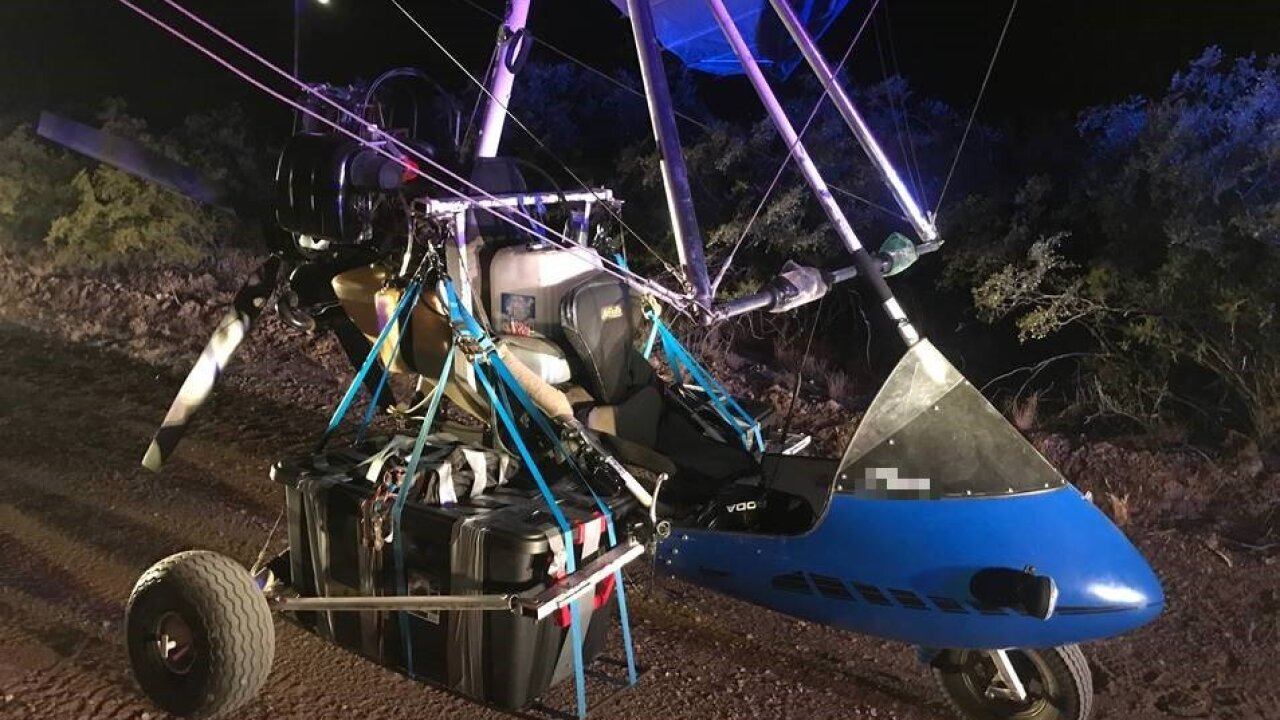 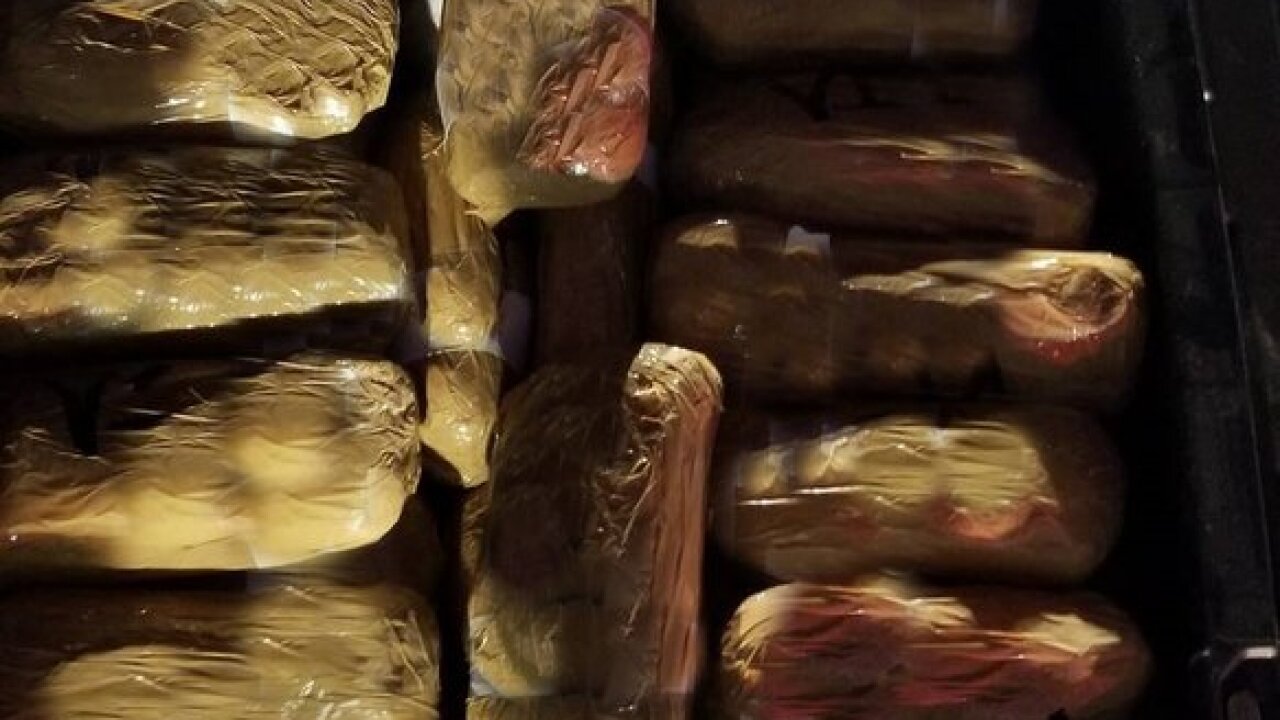 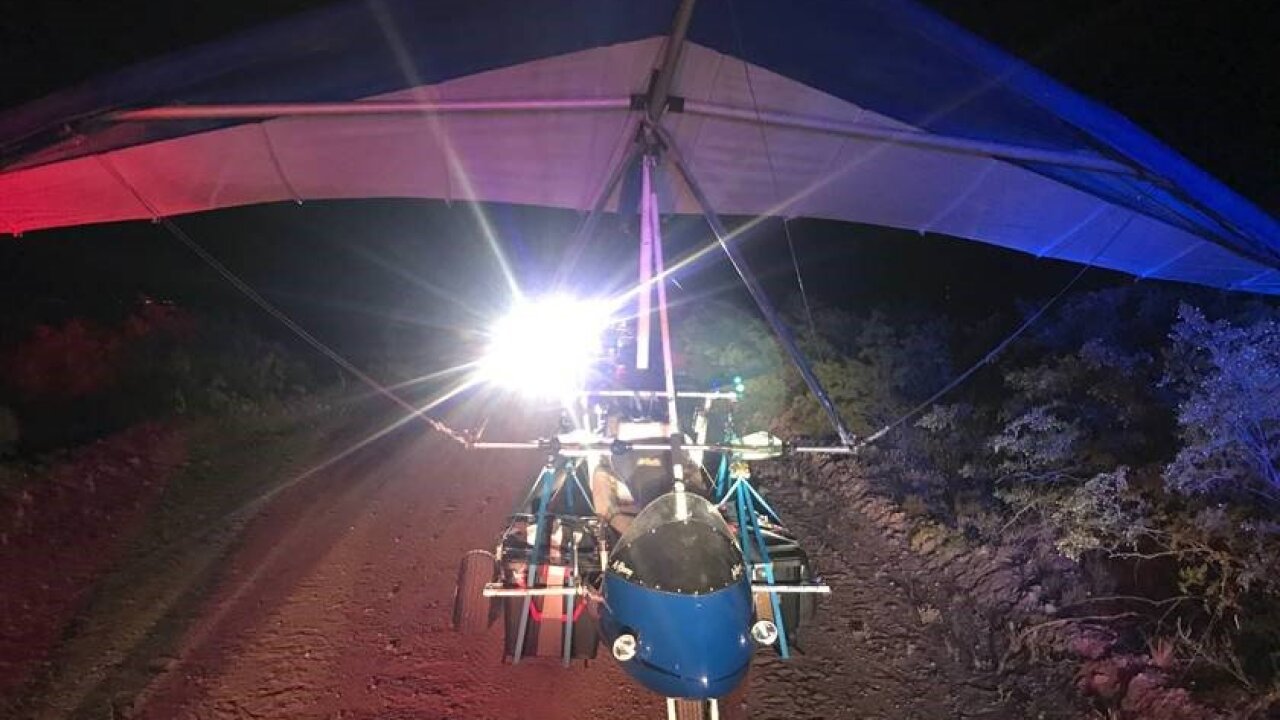 Authorities seized an ultralight carrying a half-million dollars worth of illegal drugs shortly after it touched down near Tucson on Thursday night.

Law enforcement electronically tracked the aircraft until it landed at an improvised landing area south of Tucson, CBP said.

Agents arrived to find it abandoned on a dirt road with two large, plastic containers attached to the fuselage. Inside were numerous packages of methamphetamine and fentanyl.

Agents searched the area but did not find the pilot, CBP said.