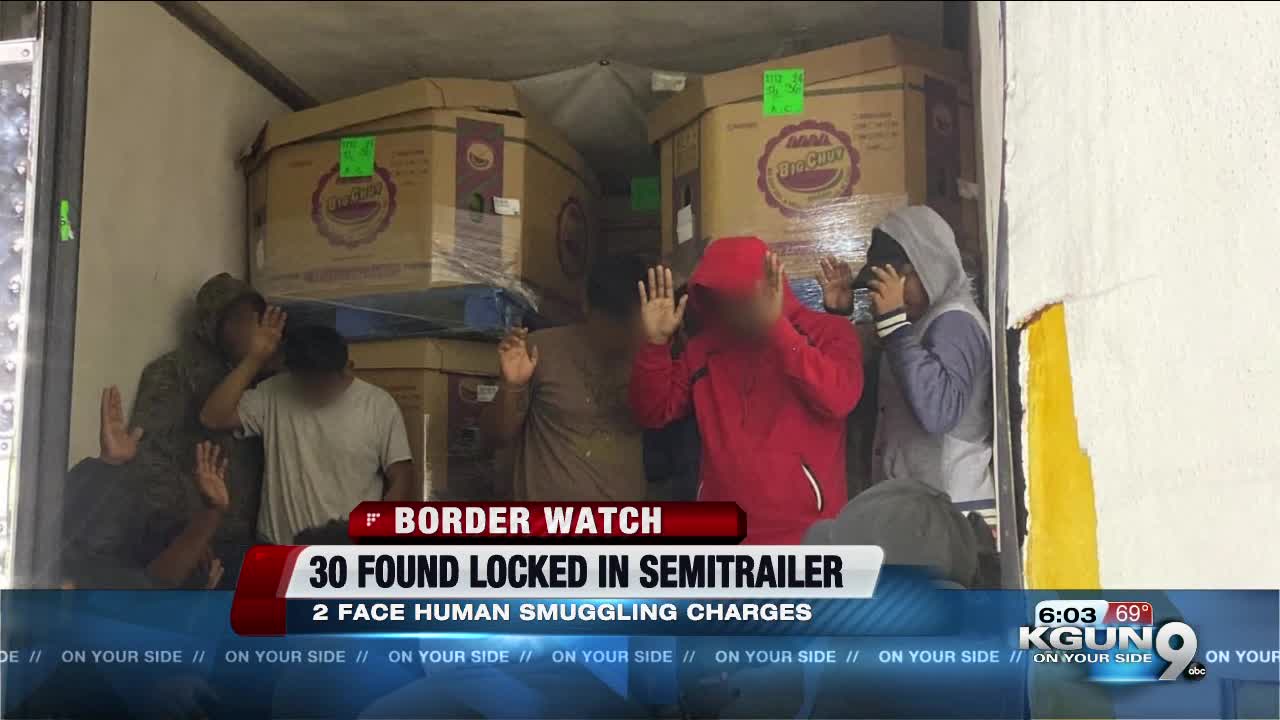 Border Patrol officials say 30 immigrants have been found alive in a locked semitrailer in southern Arizona. 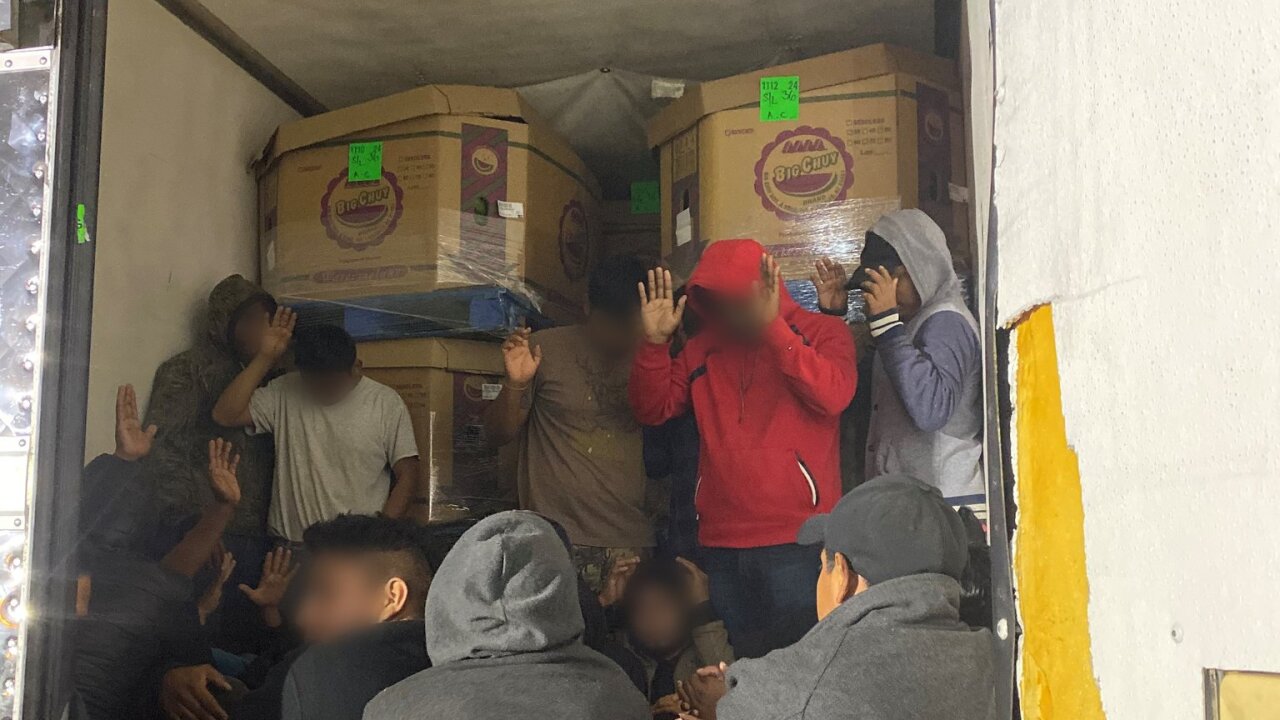 They say agents at the Interstate 19 Immigration Checkpoint near Amado arrested two U.S. citizens in connection with Saturday night's incident.

Tucson Sector agents referred a semitrailer for secondary inspection after a Border Patrol dog alerted to the vehicle.

During the inspection, agents say 29 residents of Mexico and one from Ecuador were found hidden inside the trailer.

Border Patrol officials say the 30 immigrants were being processed for immigration violations while the U.S. citizen driver and passenger face prosecution for human smuggling violations.

The names of the two citizens haven't been released.