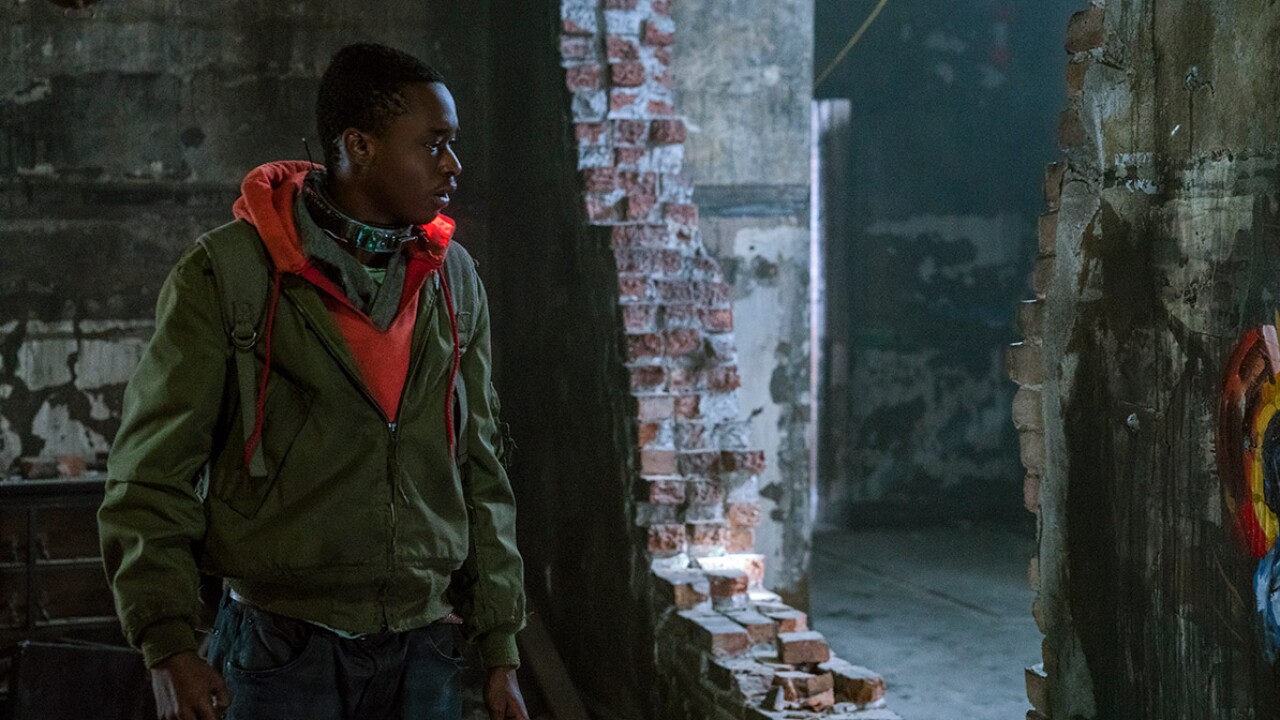 When the aliens come to enslave humanity, they'll use billboards and banner ads rather than ray guns to keep mankind under control.

That's the premise of "Captive State," which is set in a near future in which conquering forces have crushed humanity for nearly a decade, taking over the government, law enforcement and most of the media.

Man's greatest enemy has largely become himself. Most people have fallen into collaborative roles, working half-blindly to promote the message of "unity," which translates to cracking the skulls of those who dare to oppose the sinister reign.

Director Rupert Wyatt ("Rise of the Planet of the Apes") paints a grim, downbeat portrait of a walled-off section of Chicago that harbors an ongoing conflict between people who support the alien-supported propaganda and an underground insurgency.

At the focus is officer William Mulligan (John Goodman), who suffers a crisis of conscience, determined to put on a public face of compliance while working behind the scenes to investigate and, at times, facilitate a loosely-connected international resistance.

Gabriel Drummond (Ashton Sanders), brother of the famous resistance figurehead Rafe (Jonathan Majors) is on the front lines, working in concert with Jurgis (Machine Gun Kelly) to scrape out a way to survive while contributing to the resistance.

Issues of sacrifice and moral altruism shift in and out of focus. The plot gets confusing, with many characters playing both sides, holding clandestine meetings and passing secret messages. Uneasy parallels between the resistance effort and real-world terrorist tactics emerge.

Wyatt uses his array of futuristic, alien-fueled visuals and special effects sparingly, using a "less is more" philosophy to make the audience fill in the gaps of what he doesn't show about the aliens' brutal methods of control.

Though scattered at times, "Captive State" stays engrossing by staying true to its grim, minimalist tone and setting the stage for impressive character work amid a murky plot.

"Captive State" has a way of running away with your emotions, making the impression that resistance is anything but futile.