'Playmobil: The Movie' is a few blocks short of a playset

"Playmobil: The Movie" is a long, painful commercial for toys kids leave all over the floor for their parents to step on and trip over. 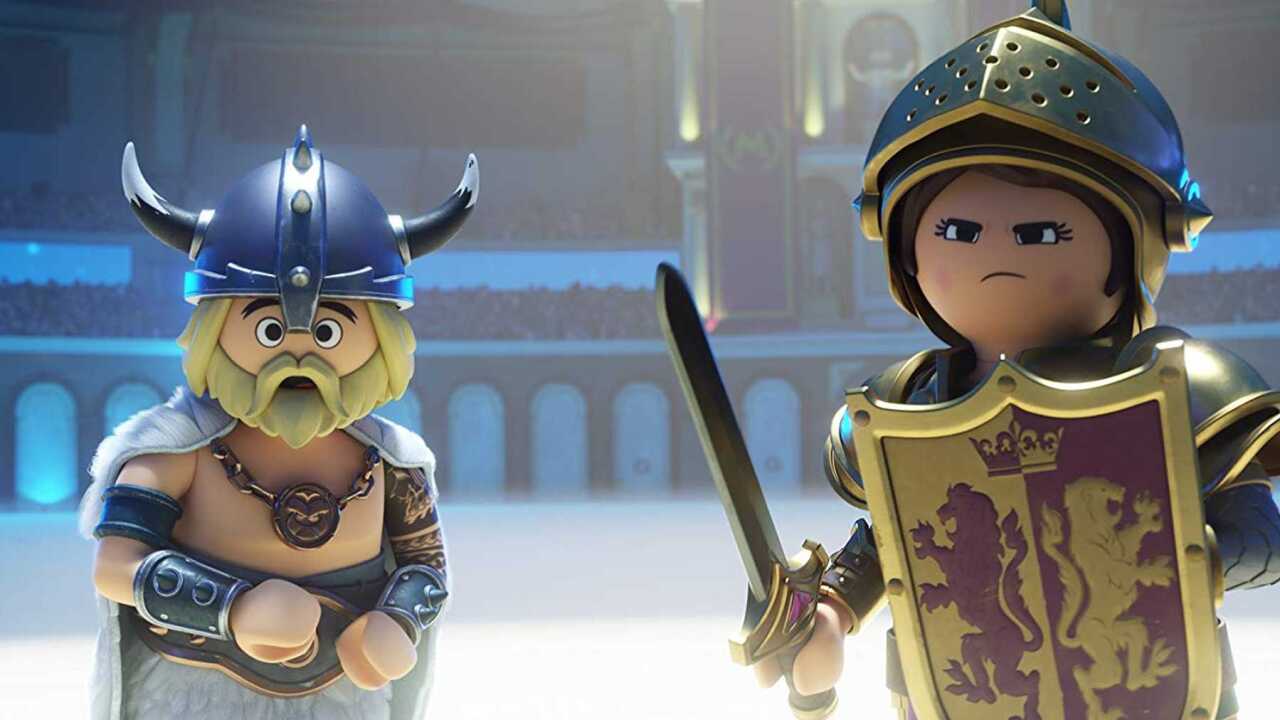 "Playmobil: The Movie" is a long, painful commercial for toys kids leave all over the floor for their parents to step on and trip over.

The movie itself is a metaphor for junk scattered everywhere and causing you unexpected pain. You metaphorically grab your stubbed toe and resent that these soulless objects found their way into your home.

First-time director Lino DiSalvo is aiming for an irreverent romp that echoes the endearing escapades of "The Lego Movie" and its sequels and spinoffs, but instead just spends nearly two hours proving why Playmobil is no Lego. While the Lego films poke fun at well-established characters and movie franchises, Playmobil's scattershot assortment of generic genres is lifeless and and bland.

The adventure is tedious, the attempts at humor fall flat, and then there's the music. Oh, the music. Painfully forced songs that are just a hair away from self-parody fatten up the already strained running time, stopping what little momentum the story generates.

Somehow, the budget ballooned to a monstrous $75 million, with a staff of hundreds of animators contributing to the effort, and a voice cast consisting of JIm Gaffigan, Daniel Radcliffe, Adam Lambert, Kenan Thompson and Meghan Trainor.

The mostly-animated film is framed by some bizarre, jarring live-action sequences.

Anya Taylor-Joy plays Marla, a nervous, reserved woman in her early 20s who has become the guardian of her rambunctious kid brother, Charlie (Gabriel Bateman). Prone to tantrums and running away, Charlie is an ungrateful handful. In a groan-inducing contrivance, he runs off to a toy convention, conveniently set up with a full lineup of Playmobil play sets.

Some sort of unexplained magic zaps Marla and Charlie into Playmobil form, and Marla spends the film chasing him around through various attempts to sell kids products. Viking, pirate, Roman Empire, enchanted forest and spy movie themes provide a carousel for tedium. The scattershot, interchangeable scenes could have played out in any order and made just as much sense.

The movie is somehow at the same time overambitious and half-hearted. It could be called a cynical cash grab, but because it cost so much to make, the only substance it will be grabbing is red ink. If the "Lego Movie" theme is "everything is awesome," the Playmobile mantra is "everything is awful."