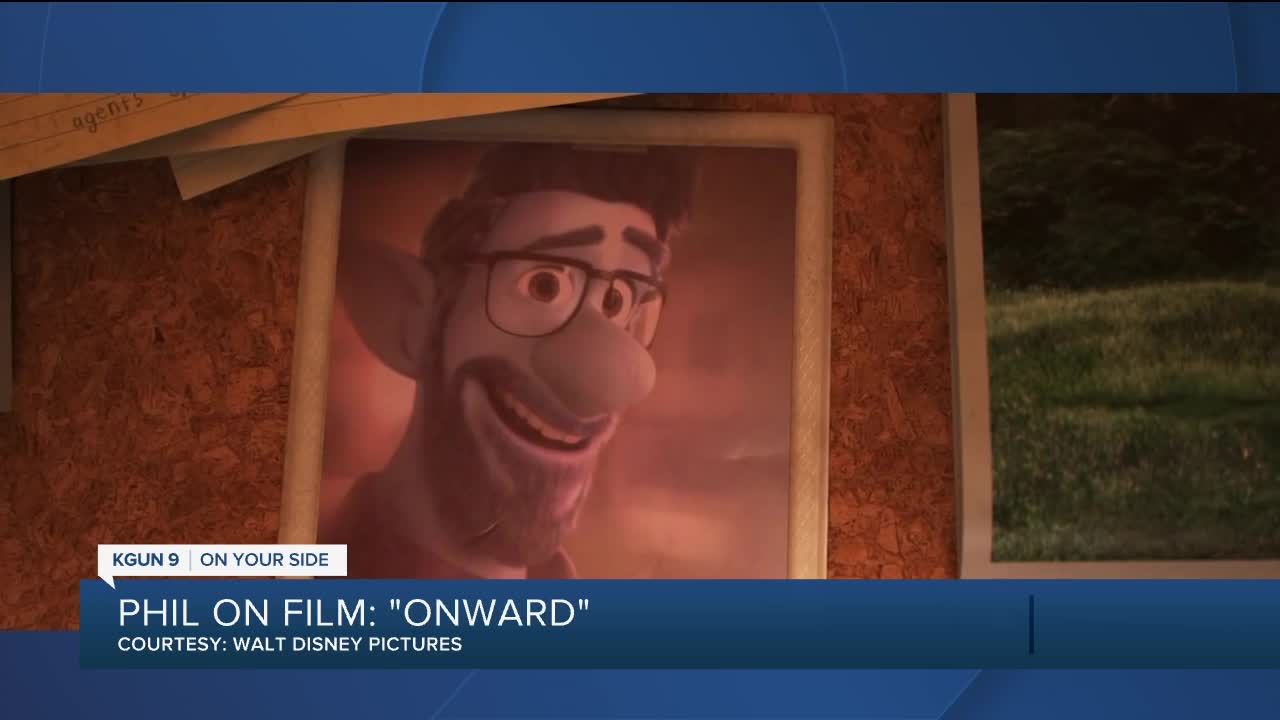 "Onward" may not be Pixar's best, but B-level Pixar is still better than just about anything else out there. The studio continues to wield powerful magic. 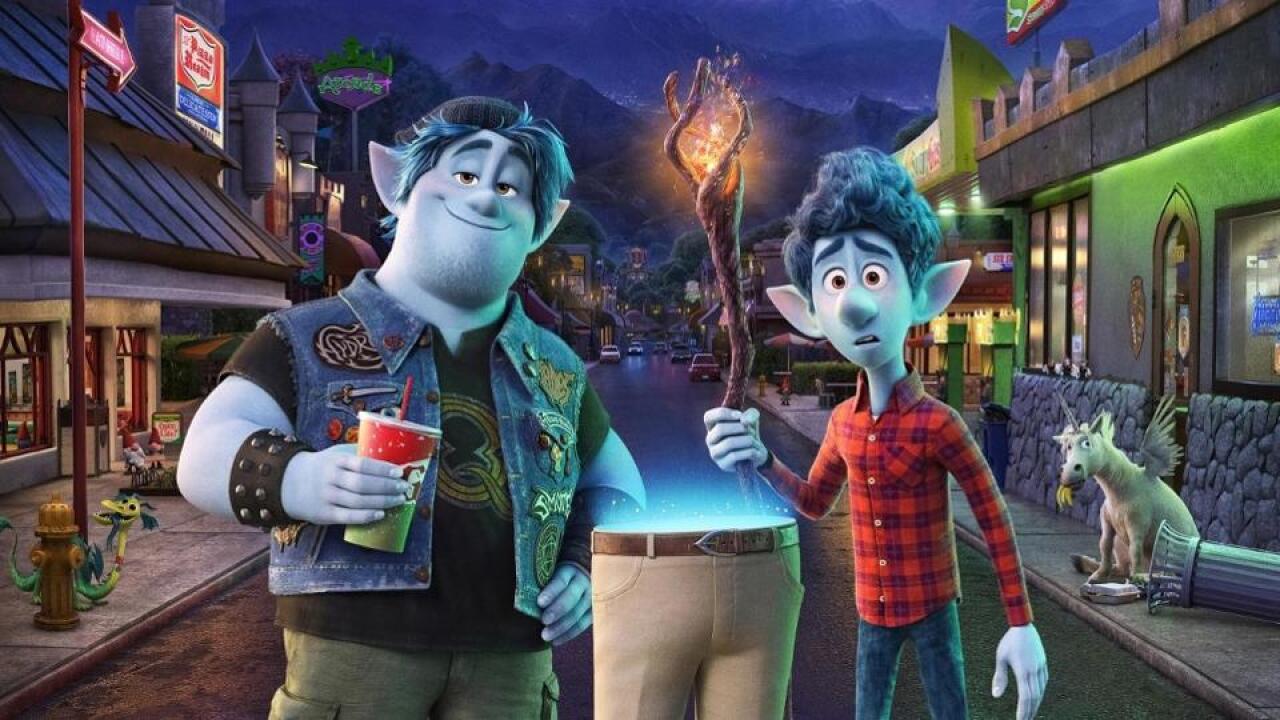 "Onward" is set in a realm of magical creatures straight out of "Dungeons & Dragons." Trolls, dragons, orcs, centaurs and the like live together in the modernized "Zootopia" style, having traded in their senses of mystery and wonder in exchange for cars, smartphones and WiFi.

Oafish elf Barley (Chris Pratt) longs for the days of yore -- of daring quests and relic-hunting -- and recruits his timid younger brother, Ian (Tom Holland) to venture off with him on a spur-of-the-moment road trip. The setup is a bit of a head-scratcher. The boys discover that their father, who died years ago, left them instructions to resurrect him for a 24-hour period so he can see how they turned out.

One more twist: The boys bungle the magic, conjuring only the disembodied legs and feet of their departed pops. The two teens and half an old man venture off on a hunt for a magical item that will restore their dad to fleeting life.

If all that sounds like a bit much, get ready for more stilted wackiness to come. "Onward" piles on the contrivances geared to manipulate your emotions to the point that its impact begins to dull. The movie could have gone very wrong, but manages to stay its course despite the rocky road it traverses. "Onward" may be busy and tiresome, but manages to stay engaging thanks to the chemistry between the leads, thanks to skilled animation and voice performances.

Director Dan Scanlon ("Monsters University") gets the most he can out of a forced, awkward premise. "Onward" may not be top-shelf Pixar, but it manages to tell a fast-moving and emotionally potent tale, even though every step is obvious.

Although most of the screentime goes to Barley and Ian in their rickety van, "Onward" trots out a smattering of scene-stealing supporting characters. Julia Louis-Dreyfuss voices Laurel, the boys spunky mother, who chases after them after teaming up with burnout manticore diner owner, Corey (Octavia Spencer).

Loaded up with nods to geek culture, "Onward" manages to lull you into a sense of complacency, only to gut-punch you with some surprisingly powerful moments. You may be able to see where this road is heading, but the foreknowledge of what's to come only helps build toward the tear-jerking release in the offing.

"Onward" may not be Pixar's best, but B-level Pixar is still better than just about any other animated film out there. The studio continues to wield powerful magic.