Five shows to binge in October 2019 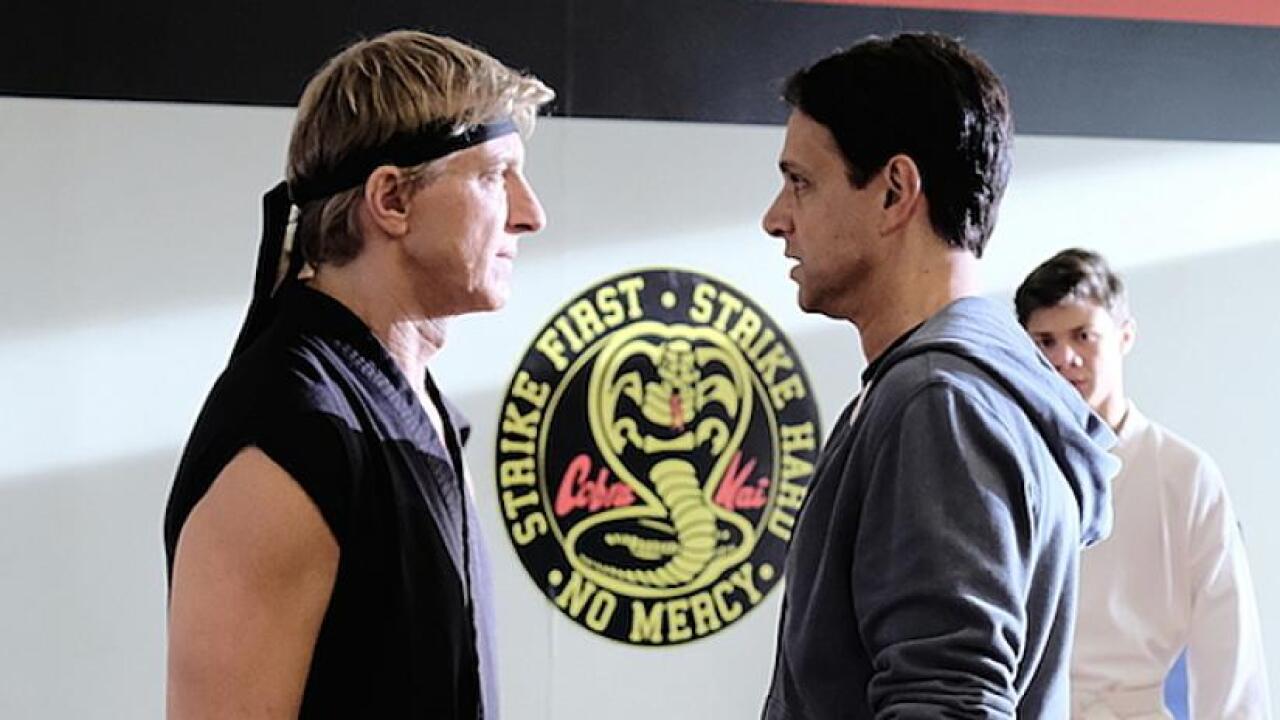 Premise: More than 30 years after the events of "The Karate Kid" movies, we catch up with high school rivals who become entangled in middle age, when they both start their own karate dojos.

Why it's impossible to stop watching: Building off of Macchio and Zabka's apperances in the later seasons of "How I Met Your Mother," "Cobra Kai" recaptures the excitment of the movies, and also delivers a healthy helping of self-reverent humor. With equal helpings of emotional punch, nostalgia and hilarity, "Cobra Kai" has maintained its brilliance through two seasons.

Premise: A revered acting coach and his agent endure the comedy and hardships of their twilight years together, struggling to make sense of loss, romance and friendship.

Why it's impossible to stop watching: The dialogue between Douglas and Arkin is captivating; thoroughly convincing that they have been friends for decades. Too few shows provide an honest look at dealing with old age, and this series fills the gap with spirit and panache. Season two debuts Oct. 25.

Premise: A host drinks heavily with a celebrity guest, who then drunkenly recounts a historical tale that's reenacted by actors. The result is funny misquotes, generalizations and inaccuracies.

Why it's impossible to stop watching: The performances in the reenactments are perfectly synced to the gibberish that comes out of the storytellers' mouths, ratcheting up the hilarity. And even though the Wikipedia-lite versions of blurry history can't be taken seriously, there's still educational value to the material. The new season comes out on Hulu Oct. 5.

Premise: A band of tech geeks struggles to get their various startup projects off the ground, running up against egos, conniving investors and pretenders that populate the Bay Area tech industry.

Why it's impossible to stop watching: If you're a fan of the nerdy dialogue in "The Big Bang Theory," this show is just what you're looking for. Absurd plot developments, wacky twists and astute social satire pulse throughout the series. The sixth and final season debuts Oct. 27.

Premise: An adaptation of corny "Archie" comics, set in modern times and with very adult problems facing the teens throughout their neverending high school years.

Why it's impossible to stop watching: Although the series continues to fly off the deep end, indulging in trashy scenes and unrealistic plots, the show remains one of the most entertaining teen dramas on TV. You have to keep watching, if only to see what wild tangent it takes next. It's crucial that the core cast is so brilliant. Season 4 debuts Oct. 9.