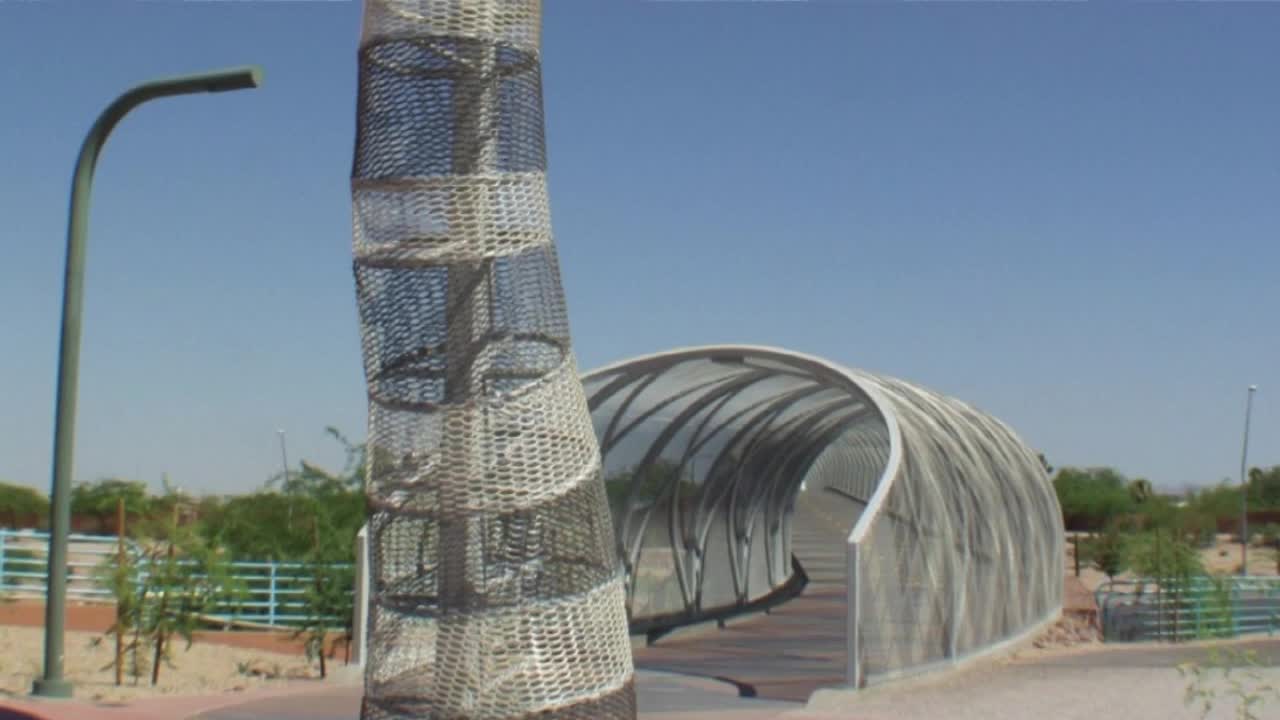 Built nearly 20 years ago, Tucson's Rattlesnake Bridge has earned national and international awards. It's also a unique example of Art and architecture coming together to create something memorable. 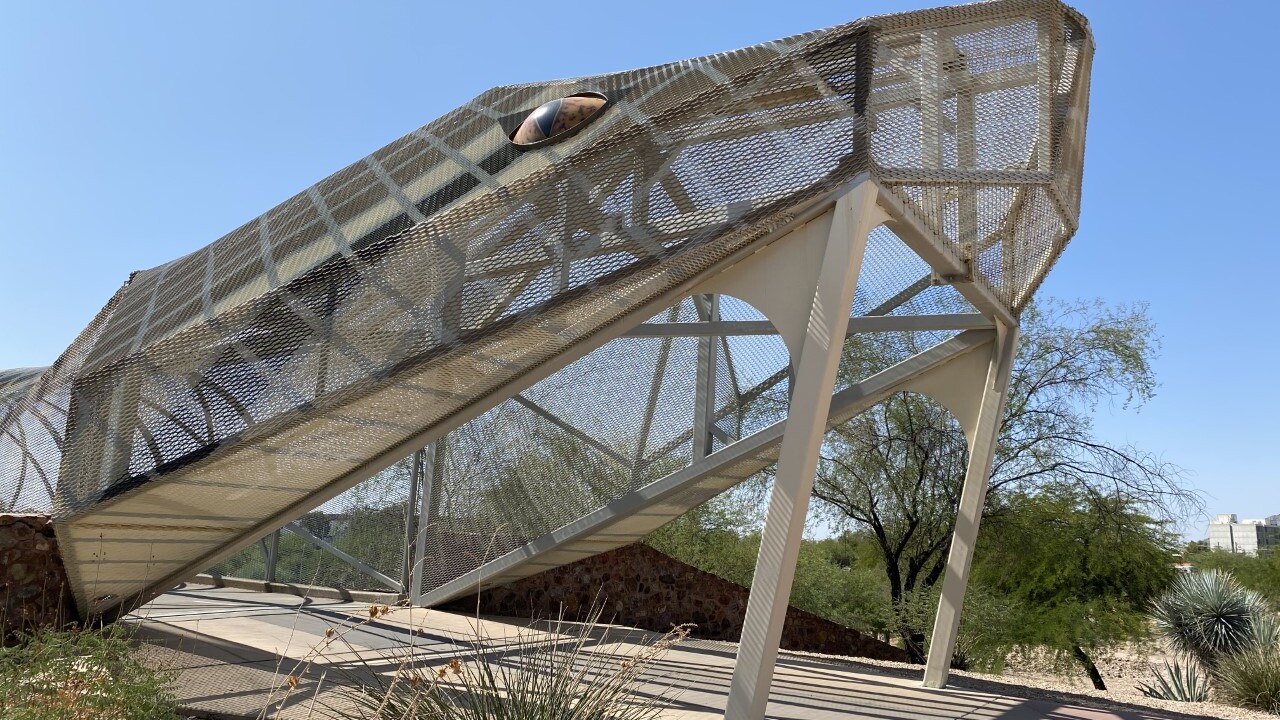 TUCSON, Ariz. — It was once called the bridge to nowhere. Now, the pedestrian and bicycle bridge is known as a Tucson landmark.

The bridge spans Broadway Blvd. near downtown. It is known by several different names: Rattlesnake Bridge, Diamondback Bridge and even Snake Bridge.

"The idea was to bridge Broadway for bicycles and pedestrians," recalled Michael Graham, Tucson Department of Transportation Public Information Officer.

Eighteen years ago, it was Graham's first project with TDOT.

"The design to come up with a snake, I thought was very creative," said Graham. "I thought Simon did a really great job."

Simon Donovan was the artist who created the design of the Diamondback, after an unusual process to build the $2.5 million pedestrian bridge.

"Usually we hire an engineer first and then an artist," said Craig Saltzman, Project Coordinator with TDOT. "But in this case, we hired an artist first. So that his ideas were more important than the engineer's bridge."

Saltzman was the project manager on the snake bridge.

"I had one heack of a good time," remembered Saltzman. "It was 20 years ago, it was one of the highlights of my career."

One of the lowlights of the project, that the construction forms under the bridge were hit by a truck ignoring signs of a low height.

It happened twice, so they had to design a new warning system.

"Lasers, sirens, we had off-duty police officers working so that the bridge did not get hit again," Saltzman said.

They even distributed 250,000 orange flyers at the ports of entry to warn truckers. Fortunately, the bridge was never hit again.

In May of 2002, the 280 foot long bridge opened after a ribbon-cutting ceremony.

Nearly a thousand people showed up to be one of the first to walk or ride across a bridge designed and painted to look just like a Western Diamondback.

"Eleven feet tall in the interior, 14-feet wide in the belly, and 3,405 and a quarter inches. You measure snakes by inches, because they have no feet. That was the joke that we shared then, it's bad."

Aesthetically, the bridge is no joke.

It quickly won nearly a dozen major awards, including the prestigious American Public Works Association National Project of the Year.

The bridge was also recognized at an international competition in Venice, Italy.

A feature that is still a favorite of walkers, joggers and riders is the rattle sound as you exit on the south end. A feature that was taken out of the original plans.

"That rattle probably won't last more than a year," said Saltzman. "So it was taken out of the contract. There was a gentleman that came forward. He said if you put it in I'll pay for it. I want to buy it for my wife's anniversary. And it's still working today."

It has become a part of the fabric of Tucson -- as well as the entryway into downtown.

"Drive by it today and think I was part of that," recalled Graham. "I built that. I consider this a Tucson landmark as many people do."

The bridge could use a new coat of paint.

That is money the city doesn't have right now, but hopefully will in the future.