Tucson Wildlife Center proves to be a lifesaver and Absolutely Arizona 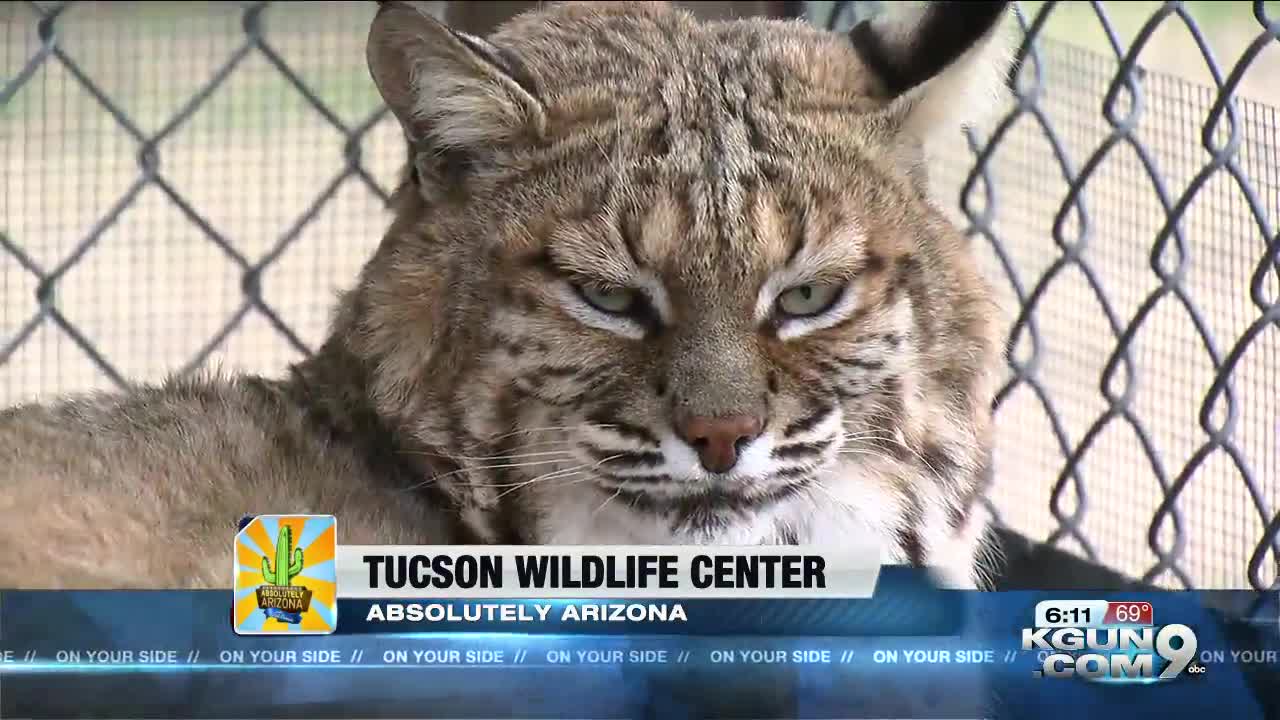 Lisa Bates mission is to take care of Southern Arizona wildlife. That is why she has created the regions premiere wildlife rescue facility.

TUCSON, Ariz. — Lisa Bates mission is to take care of Southern Arizona wildlife. That is why she has created the regions premiere wildlife rescue facility.

At any given time Bates and her Tucson Wildlife Center are caring for baby Javelina, birds of prey, coyotes and Bobcats.

Bates got the idea to open the center back in 1998, after retiring as a Plant Pathologist at Biosphere 2. She actually trained the Biospherians on how to keep their plants alive while locked inside.

"I was too young to retire,” recalled Bates. “So what do I want to do? My passion was wildlife, rescuing wildlife."

A passion the Tucson native had to follow. She received training locally, and then opened her own wildlife center way out on the east side. That was 22 years ago.

With the help of her husband Pete, they now rescue thousands of wild animals a year.

"When they get hit by cars we usually get the calls. So most of it's coming from urban sprawl I think."

With the need to to care for more injured animals, ten Tucson Wildlife Center has grown as well.

They recently build a new hospital. Calls come into the center 24 hours a day, seven days a week.

“They’ll ask questions and then we can guide them to whether the animal needs to come in or maybe they can re-nest them,” said Bates. “Or if they're on the road and badly injured or an orphan running around with no parents in sight, we can get them to bring them in."

The Tucson Wildlife Center is all donation based. It relies heavily on volunteers who assist the center’s two veterinarians.

In triage area is often busy, with the vets determining the extent of the animals injuries. If needed, the wildlife center has a state of the art surgical room.

The volunteer staff is busy monitoring animals they’re nursing back to health.

"We have cameras on all of our animal enclosures,” said Bates. “They won't do a natural activity in front of a human. They're scared."

Outside, they have intermediate rehab enclosures and also big flight enclosures for birds. The goal is to release them as soon as they are ready.

The wildlife center was just accredited by the Global Federation of Animal Sanctuaries, and the center offers education classes using its sanctuary animals.

They have dozens of hawks and owls for the program, along with a pair of Javelinas. Plus, a number of sanctuary Bobcats, including Wilbur and Wilma.All the is possible because of the 160 volunteers.

"Every volunteer is here because of a passion to help wildlife,” said Bates.

To volunteer or to donate click on this link for the Tucson Wildlife Center.