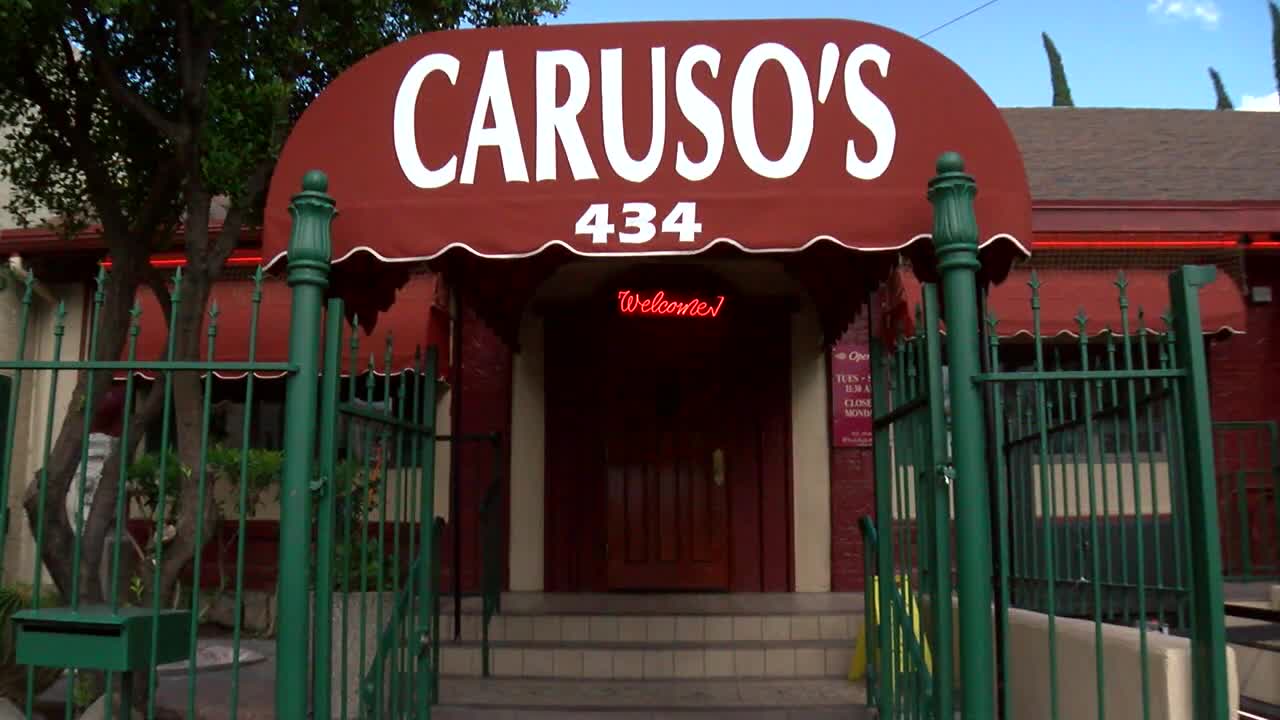 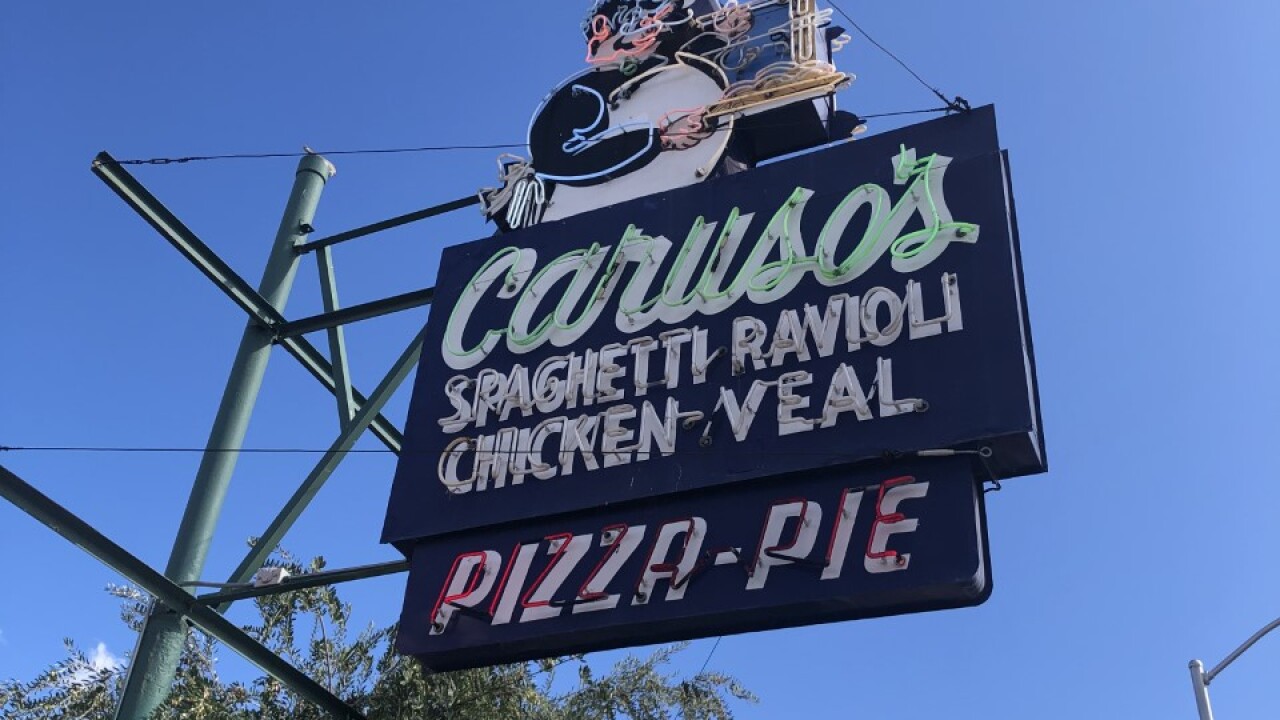 TUCSON, Ariz. — When Nicasio Zagona stepped off a bus to stretch his legs in Tucson nearly 90 years ago, he could not have known the legacy he was about to begin.

Zagona opened a small restaurant on Fourth Avenue called Caruso's. It was named for the Italian tenor Enrico Caruso.

"I think tradition," said Ande Motzkin Manager of Caruso's. "It hasn't changed much since the day it opened."

Motzkin is describing why Caruso's Italian Restaurant has been a fixture in Tucson since her great grandfather Nicasio Zagona opened for business in the early 1930s.

"It was only three or four tables," said Motzkin. "After a major monsoon flood, he wanted to stay on Fourth Avenue, but get to higher ground."

Zagona moved up Fourth Avenue to its current location in 1938, and it has been located there ever since.

Nicasio's son Sal Zagona took over in the early 1950s.

Those dinning at Caruso's are transported to Italy through the wonderful murals of Italy, painted in the 50s by University of Arizona art students.

Sal is now 99, and still keeps an eye on the business.

"He comes in and we talk business," said Motzkin. "He loves talkin' food."

The food hasn't changed, to the delight of the regulars.

Lasagna is the most popular dish. The pizza and the garlic bread are also a staple at Caruso's.

All the food is prepared in what might be the largest kitchen in Tucson.

"This kitchen is very large," points out Motzkin. "I explain to people it runs an entire city block."

Sal jr. co-manages the restaurant with Motzkin. That makes four generations of the family watching over the legendary business started by chance, when Nicasio stepped off a bus in Tucson just to stretch his legs.