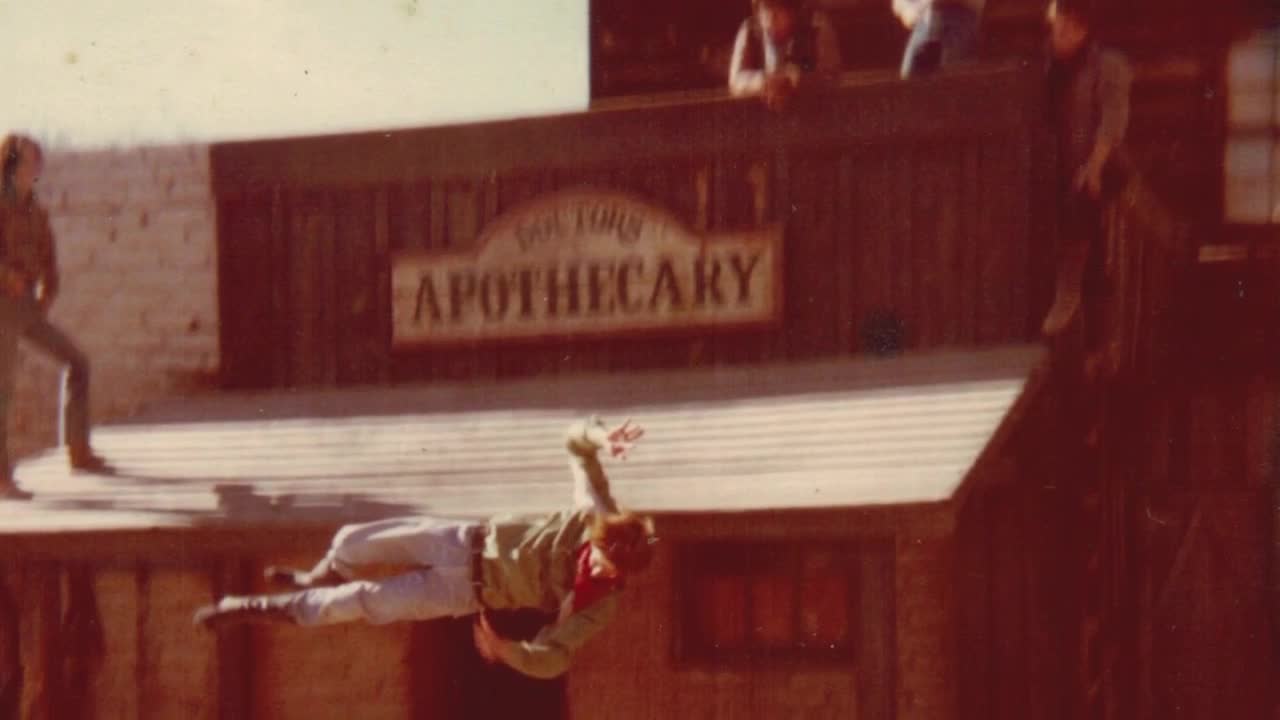 Despite a COVID shutdown, and a reorganization, the show must go on for the Pistoleros Wild West Show. The Trail Dust Town favorite proves to be Absolutely Arizona. 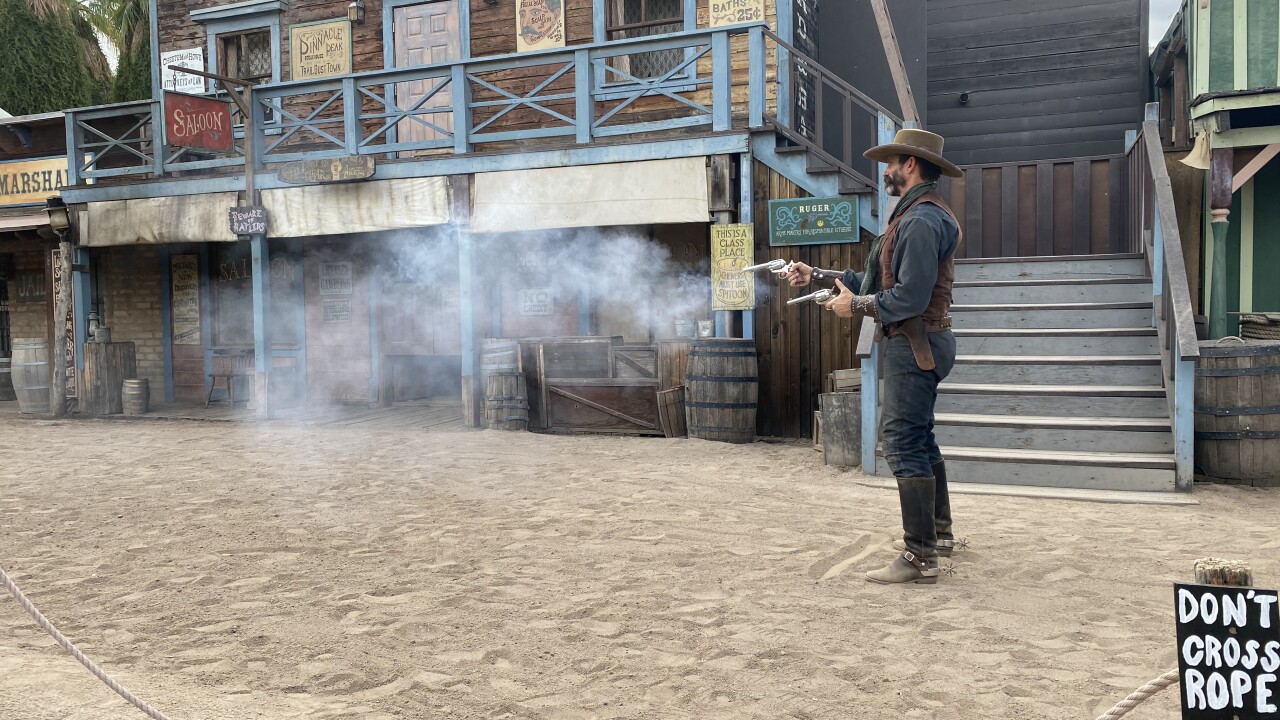 TUCSON, Ariz. — It is Wild West entertainment on the east side of Tucson.

Nearly a casualty of COVID, the Pistoleros Wild West Show is back, better than ever, and Absolutely Arizona.

The Pistoleros have been entertaining crowds at Trail Dust Town for nearly 25 years.

It's the perfect combination of theatre, comedy and jaw dropping stunts.

"Very slapstick, but we temper the slapstick with the really serious stunts that we do," said Heather Woods.

Heather has been part of the cast for 14 years, ever since she married the founder of the Pistoleros Jerry Woods.

He got his start while a student Cholla High School. A friend told him about a program to learn how to be a stuntman.

"You can dress up as a cowboy and go out to Old Tucson and fall off buildings and stuff like that," recalled Jerry Woods. "It sounded really, just a lot of fun."

In the mid-90s, hoping to cash in on the popularity of the movie Tombstone, Trail Dust Town built Dragoon Street. The idea was to recreate gunflights.

With a couple of friends, Jerry created a Wild West gunfight show. They auditioned for the owner.

"And they hired me on the spot," said Jerry.

They were originally called the Dragoon Street Players.

That quickly changed to the Pinnacle Peak Pistoleros, and eventually shortened to the Pistoleros. They tightened up the name, just like the show.

"It's gone from just a very simple kind of disjointed gunfight show, to an amazing, tight professional show."

Jerry credits his wife Heather, with her theater background, for making the Pistoleros a more professional show.

"If we would worry more about entertaining the audience for their entertainment, and not our own, we'd probably bring the level of the show up a lot," said Heather. "So we started concentrating on that."

The husband and wife duo have been writing and performing together since 2006.

In recent years, they've added their kids to the show, including Noah Woods.

Like many live shows, the Pistoleros had to pause because of COVID.

Then they were dealt a serious blow when the owners of Trail Dust Town decided to no longer offer live entertaniment.

The Woods family had to mobilize to save the show.

"Our fan base helped us to raise the money to put the show together," said Jerry. "We came back as the Pistoleros Wild West Show."

"The support that we've gotten from our fans is why we were able to be back here again," said Heather. "If it wasn't for them, we wouldn't be back."

The show must go on, and it has with the Woods family now in charge.

The show must also go on, even when dealing with injuries suffered doing stunts.

She also fractured her skull in three places and tore ligaments in her knee.

"But I don't think there's anything that any of us would rather be doing than this,"said Heather.

They are operating on half capacity because of COVID. They request you purchase tickets online to reserve a seat.