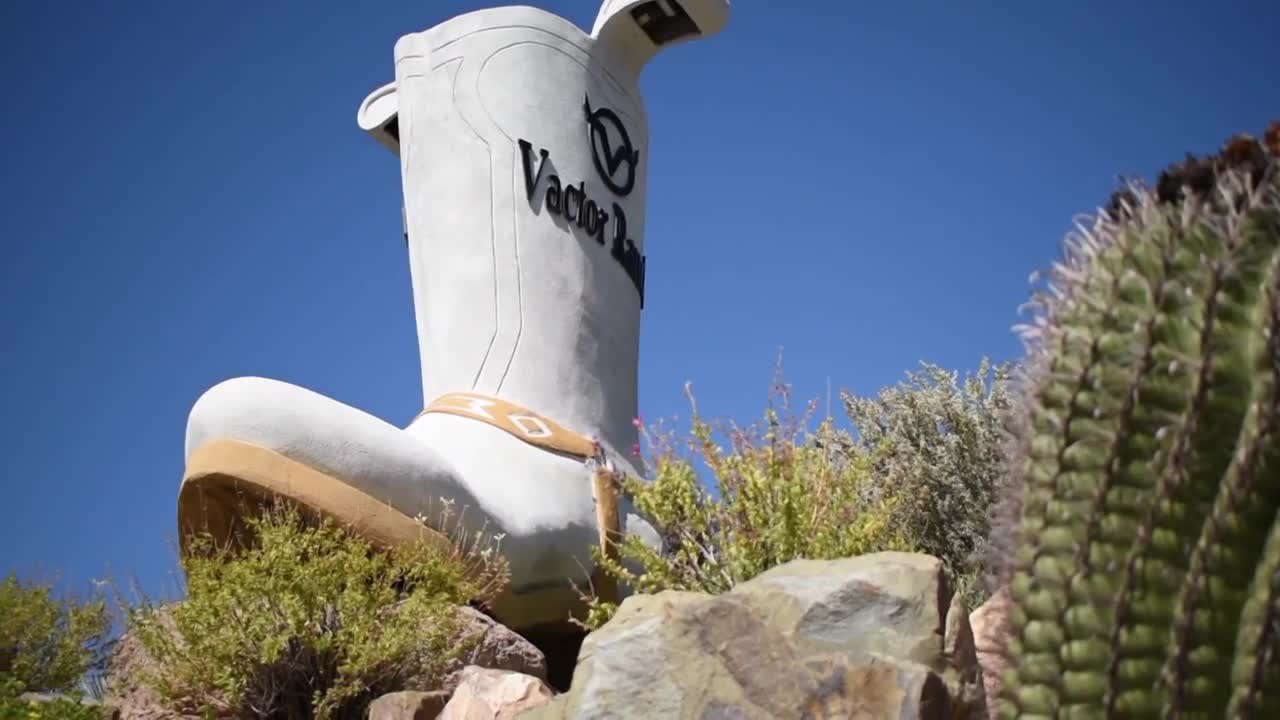 The giant cowboy boot on Sabino Canyon Road has plenty of history surrounding it. The iconic boot has proven to be Absolutely Arizona. 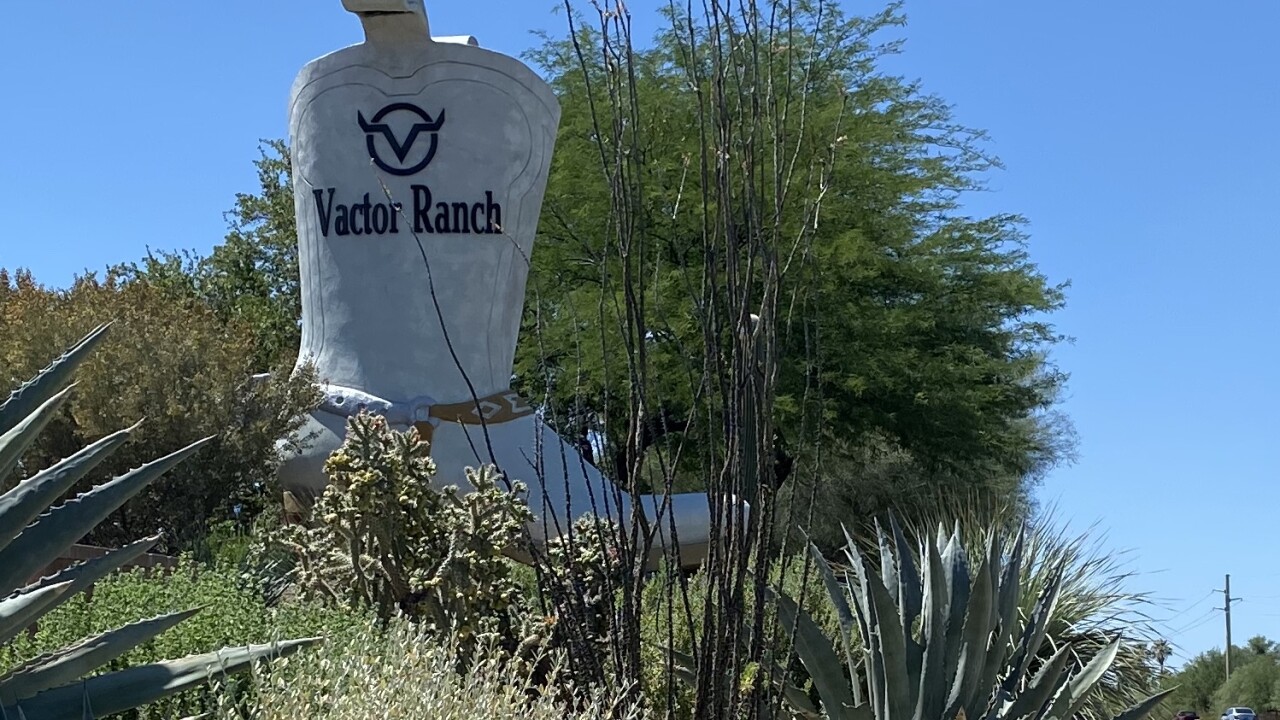 TUCSON, Ariz. — The giant cowboy boot is a familiar landmark for drivers making their way up Sabino Canyon Road.

Back then, the area was home to Moltacqua Racetrack. It was also home to the postrace party house called Hacienda Moltacqua.

After World War II it was converted into the Rancho Del Rio Guest Ranch.

Years later, the Vactor Family took charge of the guest ranch, eventually focusing on its restaurant.

"We opened the Tack Room in 1965 as the first fine dining restaurant in the state of Arizona," recalled Drew Vactor, the former General Manager of the Tack Room.

The Tack Room opened to rave reviews. It earned national acclaim in the form of numerous Mobil 5 Star Awards and AAA 5 Diamond Awards.

That is where the giant cowboy boot comes in. In 1974, Drew Vactor took the boot from the Rancho Del Rio logo and commissioned a 16-foot version. It was to be used as a sign for the Tack Room along Sabino Canyon Road.

"Michael Kautza who is the concrete sculptor," remembered Vactor. "He built this in his shop, and then he realized he couldn't get it over here because it was too tall. Wouldn't go under the wires."

Fortunately, the sculptor had not yet put the stucco over the rebar and wire mesh.

"So he was able to sever it in half, and it came over in two pieces. He reassembled it on the property and then it all got stuccoed on-site."

The Tack Room boot avoided a horrible fate in 1983. That is when Sabino Canyon Road was widened from two to four lanes.

"We're going to have to bulldoze that boot," recalled Vactor. "I said that's not a good idea."

Drew Vactor hired a company that moves houses to move his famous cowboy boot out of harm's way.

After 26 years of running the Tack Room, Drew retired.

Unfortunately, the Tack Room closed for good in 2003.

Now the area is a housing development called Vactor Ranch. A name the boot now displays.

"The city finally gave us permission to change the lettering on the boot and logo on the sign to match what we have here today," said Vactor. "Which was named by the developer, Vactor Ranch. It was quite an honor for our family, we really appreciated that."

And those who drive up Sabino Canyon Road appreciate still having the landmark cowboy boot to navigate by.