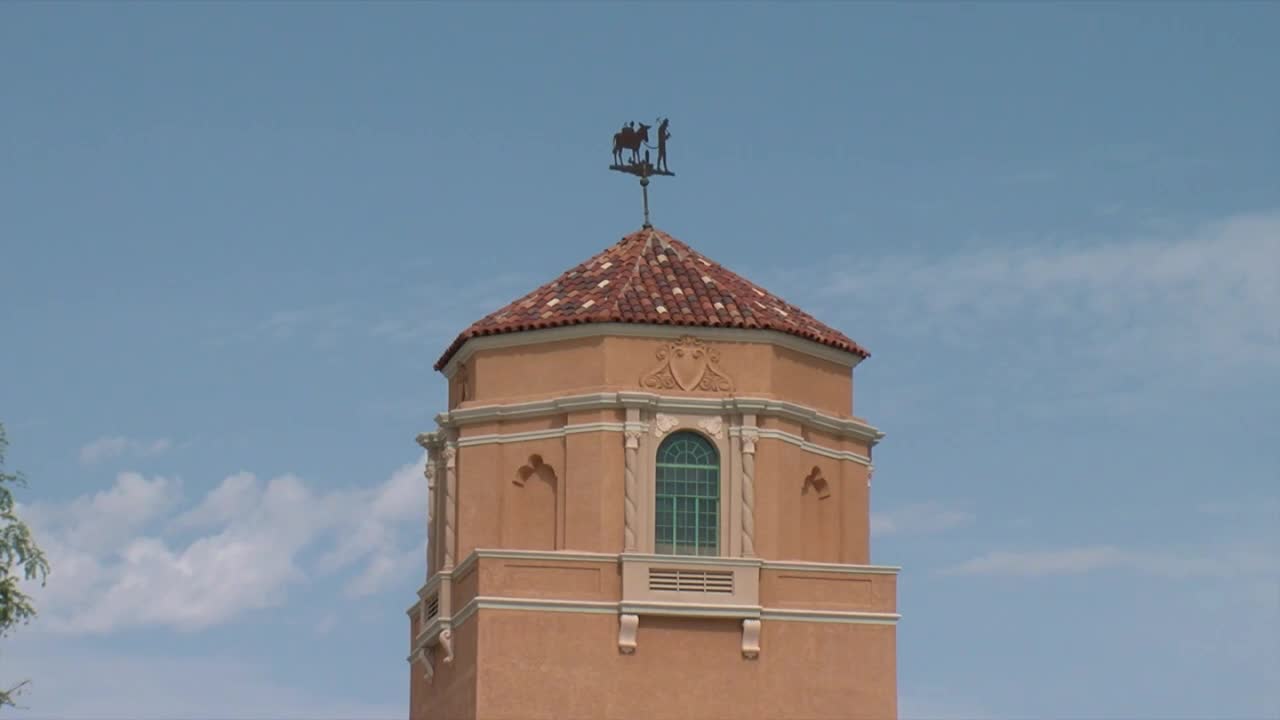 Built in 1928, the El Conquistador Water Tower remains a landmark in midtown Tucson. The history behind it makes it Absolutely Arizona. 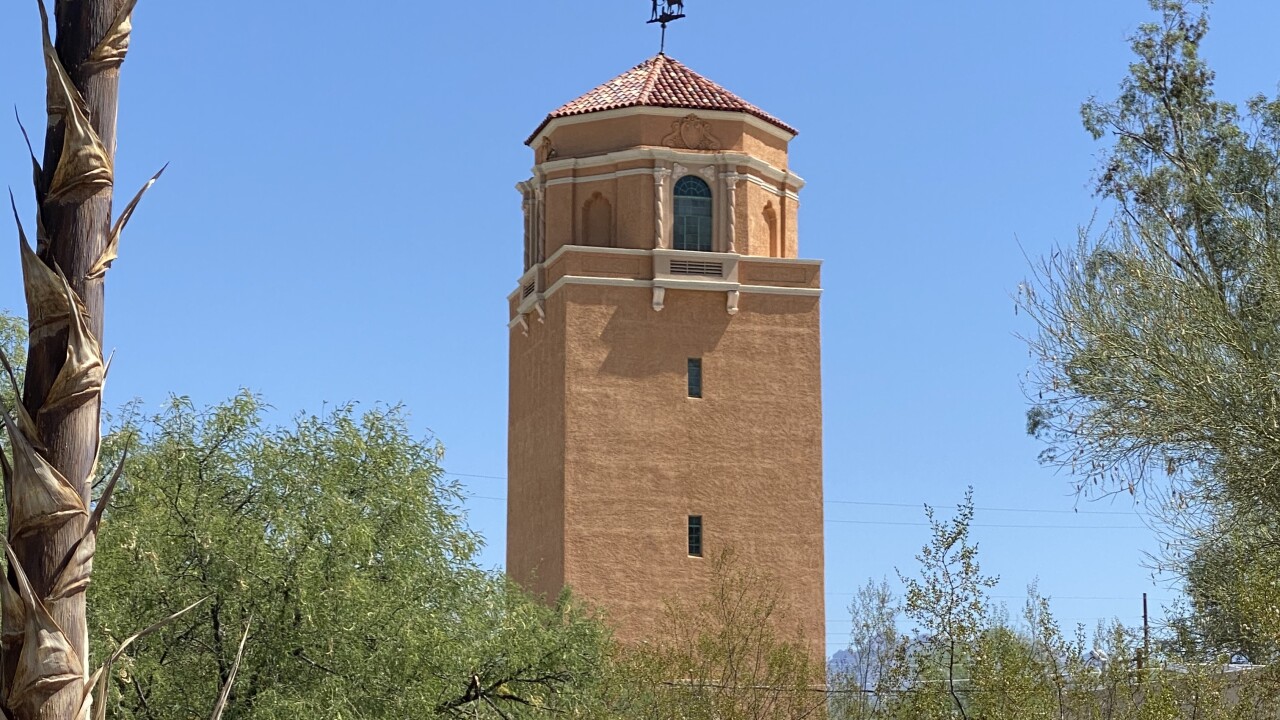 TUCSON, Ariz. — The El Conquistador Water Tower has been a fixture on the Tucson landscape for more than 90 years, but the longevity of the tower is only part of what makes it such a recognizable landmark in the Old Pueblo.

"Every time I drive by I look at it, because I think it's a very attractive icon," said Tucson Historian David Leighton. "It's something that reminds me of the history of the area, and the El Conquistador Hotel itself."

Leighton has an affinity for iconic places in Tucson. That includes the El Con Water Tower just south of El Con Center.

The water tower has survived. Its counterpart -- The El Conquistador Hotel -- did not.

The Hotel opened opened in 1928, but was closed and demolished in 1968. The casualty of a major expansion of El Con Mall.

The 90-foot tall water tower was also completed in 1928, in the middle of the Colonia Solana sub-division.

Residents did not appreciate the look of a 50,000 gallon steel water tank dominating the landscape.

"Within a couple years people thought it was an eyesore," Leighton explained. "So they actually asked for it to be redone. They had a cover built, or a shell built over it, in Spanish Colonial Revival Style."

Completed in 1934, it has been a focal point of the El Con area ever since. It is still one of the most ornate water towers in the country.

"I think it's age and that it's in the middle of an apartment complex, it's kind of unique," said Leighton. "It's so close to El Con Mall so so many people see it. And it is very attractive being Spanish Colonial."

A common misconception is that the tower provided water to the El Conquistador Hotel. Leighton says there was never any evidence of lines actually running under Broadway to the hotel.

Unlike the hotel, the El Con Water Tower has survived. A remarkable feat considering it has been more than 75 years since it worked.

"It actually hasn't been used as a water tower since 1944," Leighton said. "People have wanted to tear it down, but people have fought to save it because it's part of our history."

That history will be preserved. The El Con Water Tower was added to the National Register of Historic Places in 1980.

It was restored by the city in 1994. For a rare look inside, checkout the the photos taken three years ago during a Tucson Historic Preservation Foundation tour.

The water tower's weather vane is uniquely Arizona. It depicts an old miner and his donkey.

"It definitely has a southwestern feel and mining feel that goes along with Arizona's history," said Leighton.