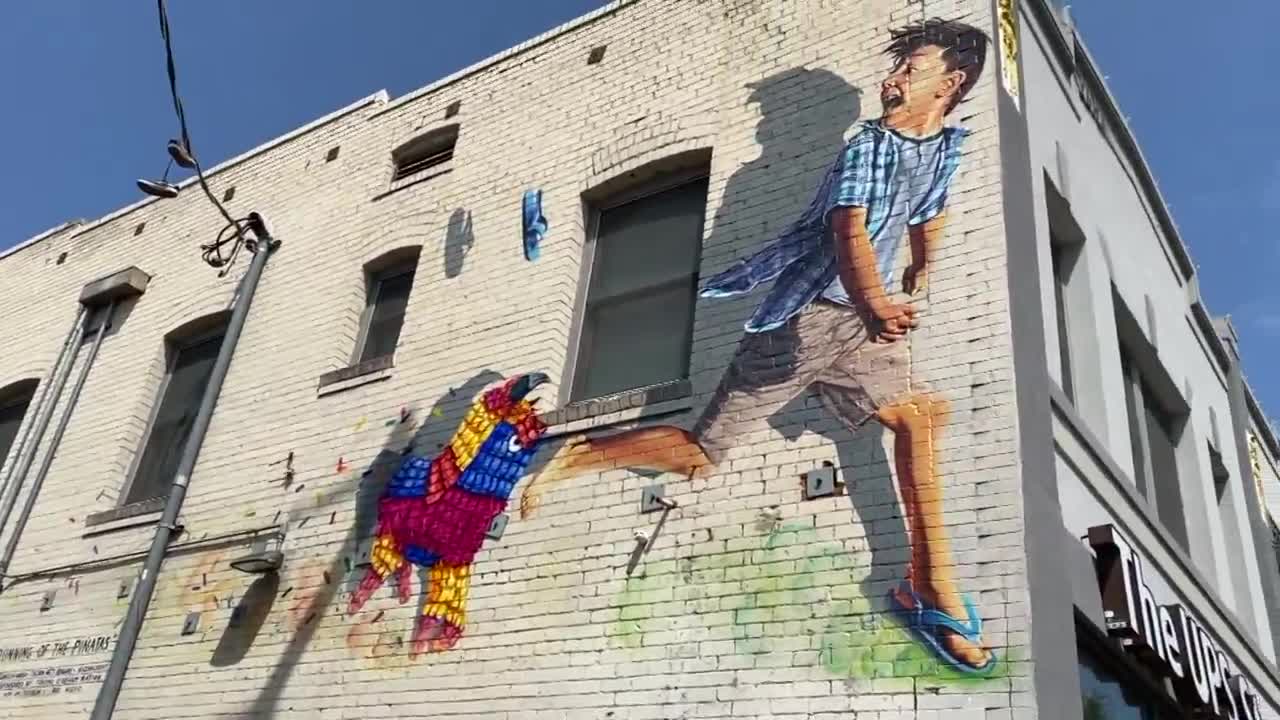 With nearly 60 murals around Tucson, the city has developed a national reputation, while becoming Absolutely Arizona. 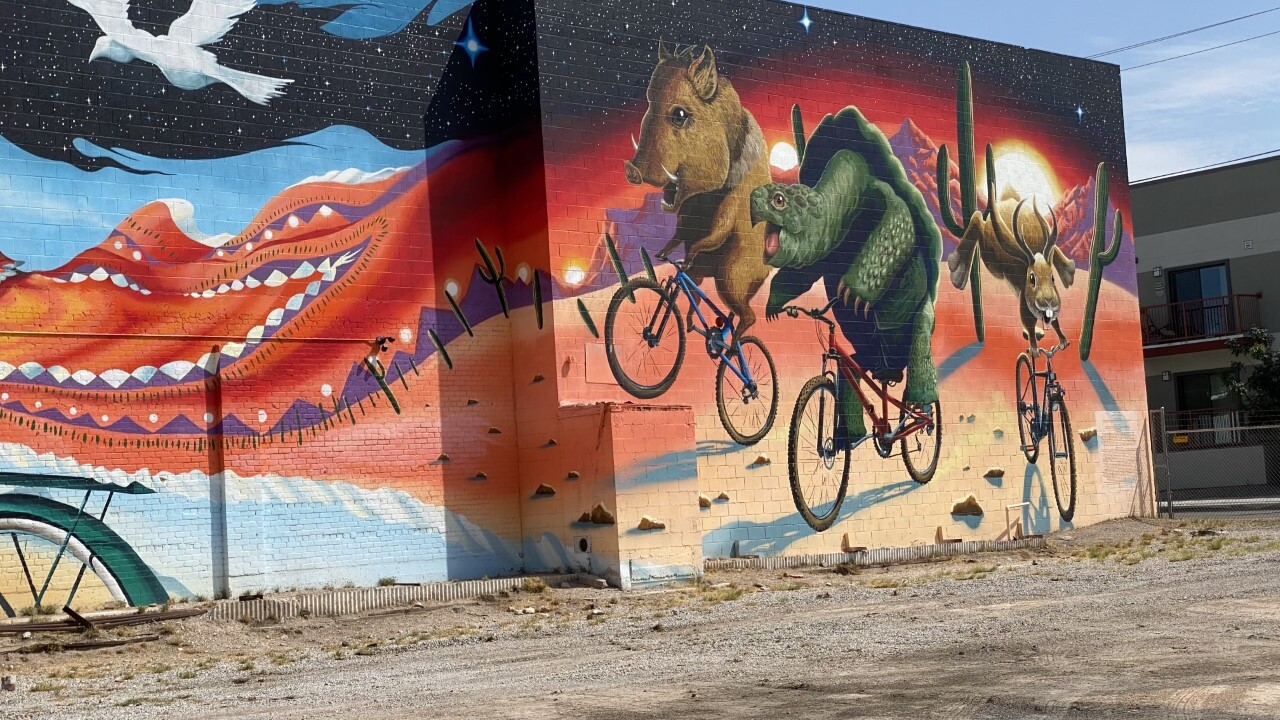 TUCSON, Ariz. — The city has always been known for sunshine and saguaros. Now, the Old Pueblo has earned a reputation as one of the top cities for murals in the country.

"It's kinda turned into a thing Tucson is known for, which is cool," said muralist Joe Pagac.

Pagac is a Tucson native. He is one of the muralists who put the city on the map when it comes to amazing outdoor artwork.

Only in Tucson will you find whales swimming over the desert floor, animals riding bicycles, a colorful Goddess of Agave on the side of a large warehouse building, and a colorful bull helping to welcome visitors to our city.

Pagac says the mural scene in Tucson has really taken off the past 10 years.

Pagac is one of more than a dozen artists credited with nearly 60 murals throughout the city, with most concentrated in the downtown area.

The city of Tucson has an interactive map showing these murals.

One of those muralists featured is Ignacio Garcia, and his Running of the Pinatas mural next to Donut Bar at Sixth and Congress.

He also painted the Bill Walton riding a jackalope mural.

Like Pagac, Garcia knows there's plenty of room for new muralists in town.

"Even as an artist myself, I know if I see someone's at work, that I know I cannot do, but I get really excited seeing other talent," Garcia told KGUN9.

One of those new muralists is Camila Ibarra. She quickly gained notoriety earlier in the summer, with her Black Lives Matter mural on the side of Hotel Congress.

Several Tucson murals have been painted to affect change. That included Pagac's mural in collaboration with several local artists, on the side of the Rialto Theatre.

Now in his 16th year of painting, most of Pagac's murals are much more colorful and whimsical. He never takes himself too seriously.

"There's always room for improvement," said Pagac. "I think artists are their own harshest critics."

Pagac said he sees the parts of his murals that he didn't quite pull off. But he is appreciative that so many enjoy his art.

That includes the massive 6,000 square foot Sky Island Whale mural. Like many of the projects, it was commissioned by Banner Health.

"They just had a concept," recalled Pagac. ".They were giving back to the community. And the whole idea was paint something that had the idea of breath."

"I've painted a lot of straight kind of desert stuff and I wanted to branch out a little."

It took him nine days to finish. But Pagac, who is a cyclist, said it is not his favorite.

"I think the bicycle one downtown is my favorite right now. It's got all the energy. It's got a lot going on. The colors are great. It's a lot of fun. And I feel like it has a lot of me in it."

"It's gone everywhere. I've got people licensing it. I stickers out of it. El Tour De Tucson is using it. We modified the design for the jersey and the poster this year. It's just really taken a life of its own, for sure."

And it is just one of nearly 60 murals to appreciate in the city of Tucson.