Navarro Fire grows to 1,100 acres near Sierrita Mountains
KGUN 9 On Your SideNewsAbsolutely Arizona 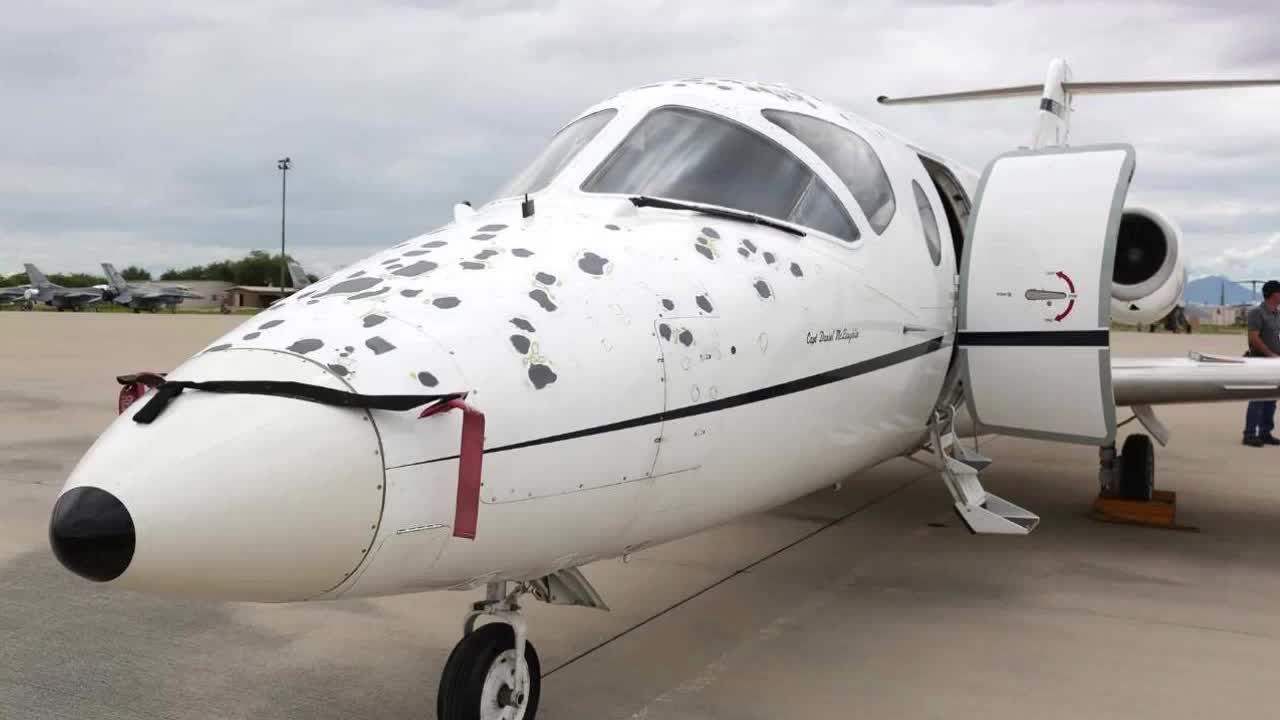 D-M boneyard is a hub for aviation activity.

TUCSON, Ariz. — Most of us know it as the Boneyard.

The east side of Davis-Monthan Air Force base is where the military has been stowing airplanes for generations.

"Here at Aerospace Maintenance Regeneration Group we're known for storing airplanes," said Col. Jennifer Barnard the Commander of the 309th AMARG. "We've been doing that for over 70 years out here."

Storing planes is a big part of what the 309th does, but it's not the only thing.

A B-52H, nicknamed Wise Guy, recently left the Boneyard after being stored there for 10 years.

The 309th helped regenerate the bomber, making it airworthy for it's flight to Louisiana. It will eventually returns to service.

We also saw workers getting helicopters ready to return to use.

"Preparing that aircraft to be shipped to a country overseas, along with about a half dozen other helicopters," according to Col. Barnard. "That's going to go and go to good use again for one of our foreign partners."

Right now, the Boneyard's inventory is down a bit. There are just over 3,300 aircraft and just over 6,800 engines.

They also store the jigs, the fixtures and the dies that were used to make all of these aircraft. They keep them just in case they need to produce a part or a plane again.

"Across this 2,600 acres, we have quite a variety of things we store here."

But there is not much need to make new parts. Odds are AMARG has it.

"We reclaim parts off aircraft," said Col. Barnard. "Between 2 and 5 million dollars worth of parts go out of here every week."

She is overseeing several businesses at once, with the help of about a dozen military personnel and some 700 civilian workers and contractors.

Next stop on the tour is the A-10 wing shop.

"We reclaim the wings off the A-10s that are stored here. They're prioritized by the program office engineers about which ones we pull first. They have limited life left on them. We will refurbish the wings and they go back on the aircraft. That is providing sustainability for the A-10 fleet."

"A lot of our workforce actually has served in the military," explained Col. Barnard. "They are very proud of being able to support the fleet that they've been deployed with in the past."

The next stop is a large hangar where ten T-1A Jayhawks are being repaired after being damaged in a hailstorm.

"We are actually the only FAA authorized military repair station. This is normally done by contractors and elsewhere. So it was actually fairly significant that we would get that authorization."

Col. Barnard also took us in a new hangar with F-16s being regenerated and converted to drones.

"The drones that'll eventually be shot down. As part of weapons testing."

The final stop is back out in the boneyard, near all of the C-130s.

"Over the next few years about 25 of these are going to fly out to various countries that have foreign military sales cases."

Col. Barnard is very proud of the dedicated workers at AMARG.

"We're so much more than a Boneyard. I love that these workers here are part of the Arizona community and love living and working in and around Tucson."