Control tower welcoming travelers to Tucson for over 60 years

It is one of the most photographed buildings in Tucson, especially by travelers returning to the Old Pueblo. The old control tower at Tucson International Airport has proven to be Absolutely Arizona. 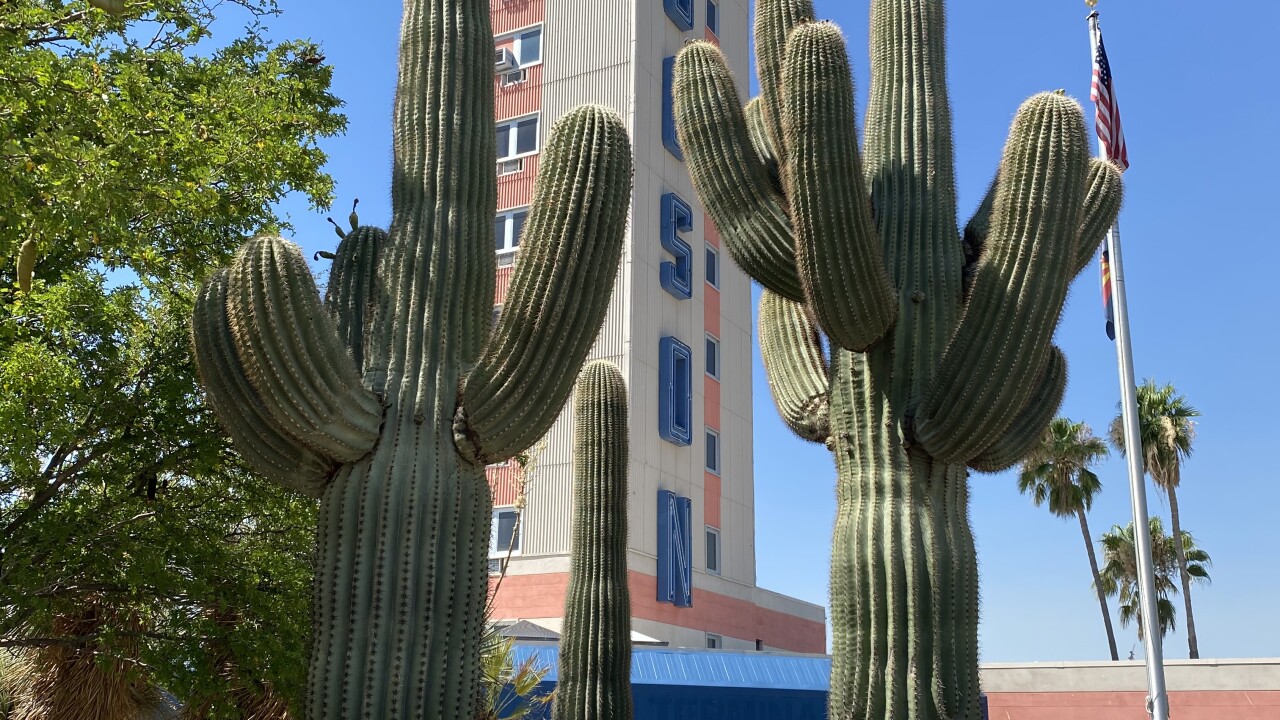 TUCSON, Ariz. — It is one of the most photographed buildings in Tucson, especially by travelers returning to the Old Pueblo.

The old control tower at Tucson International Airport has proven to be Absolutely Arizona.

"Unfortunately, now when the FAA build new towers they all look the same," said Tucson Airport Authority Planning Director Mike Smejkal. "It was definitely a unique structure that they could appreciate."

It's easy to appreciate the old Tucson control tower aesthetically. Especially when compared to the modern control tower built a few years ago, on the other side of the airport.

The iconic tower dates back to 1958, when it was known as Tucson Municipal Airport. It signaled a new era for Tucson.

The 119 foot tall control tower has a real mid-century design element, with the pinkish accent stripe running up the building on all four sides.

The neon lights spelling out Tucson on two of the sides, each letter is 10 feet tall.

"It's a welcome back to Tucson for those coming in," Smejkal said. "It highlights the history of the town, in the 1950s when we started growing in the community quite a bit."

Did you know that there was a similarly styled mid-century motel built adjacent to the tower? The RONtel even had a swimming pool in the shadow of the control tower. It has since been converted into office space.

The tower is 11 stories tall, and cost just over a half million dollars to build in 1958. That is just under 5 million in today's dollars. A real bargain compared to the more than 20-million dollars the FAA spent to construct the new air traffic control tower 4-years ago.

But the appeal of the old tower has nothing to do with money. You can't put a price tag on the amazing photos taken of this Tucson landmark.

"There's always great sunsets with the tower in the background," said Smejkal.

There are no longer any air traffic controllers stationed inside the tower. But don't worry, this icon isn't going anywhere. It has avoided the fate of most old control towers, which have been torn down.

Plus, the ground floor is going through a $1.5 million dollar renovation. It will be the the new offices for U.S. Customs and Border Protection, clearing general aviation coming in from Mexico.

A new use for an old tower that will continue to welcome home Tucsonans after traveling.

"We want to maintain it for that symbol of Tucson and welcome people to Tucson" Smejkal said. "That's really the plan, keep it as is."

A welcome home landmark that is Absolutely Arizona.